Bicycle shops struggle to keep up with surging demand for bikes, parts during pandemic 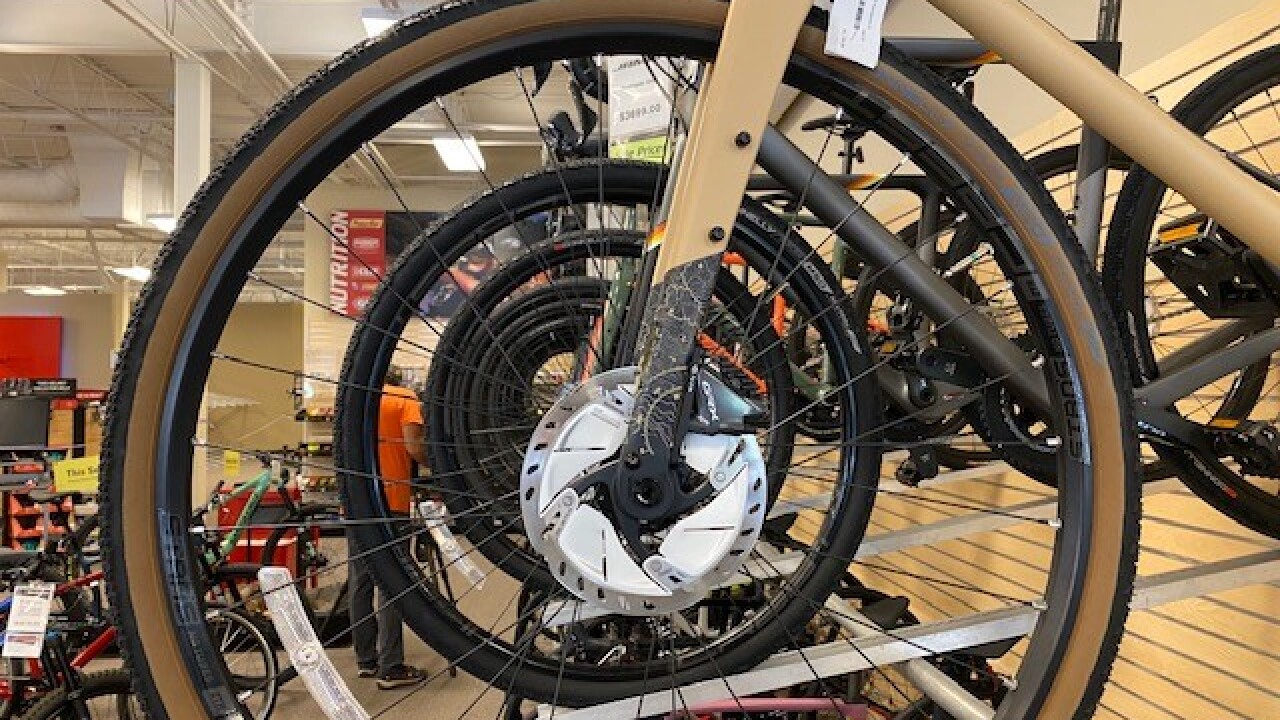 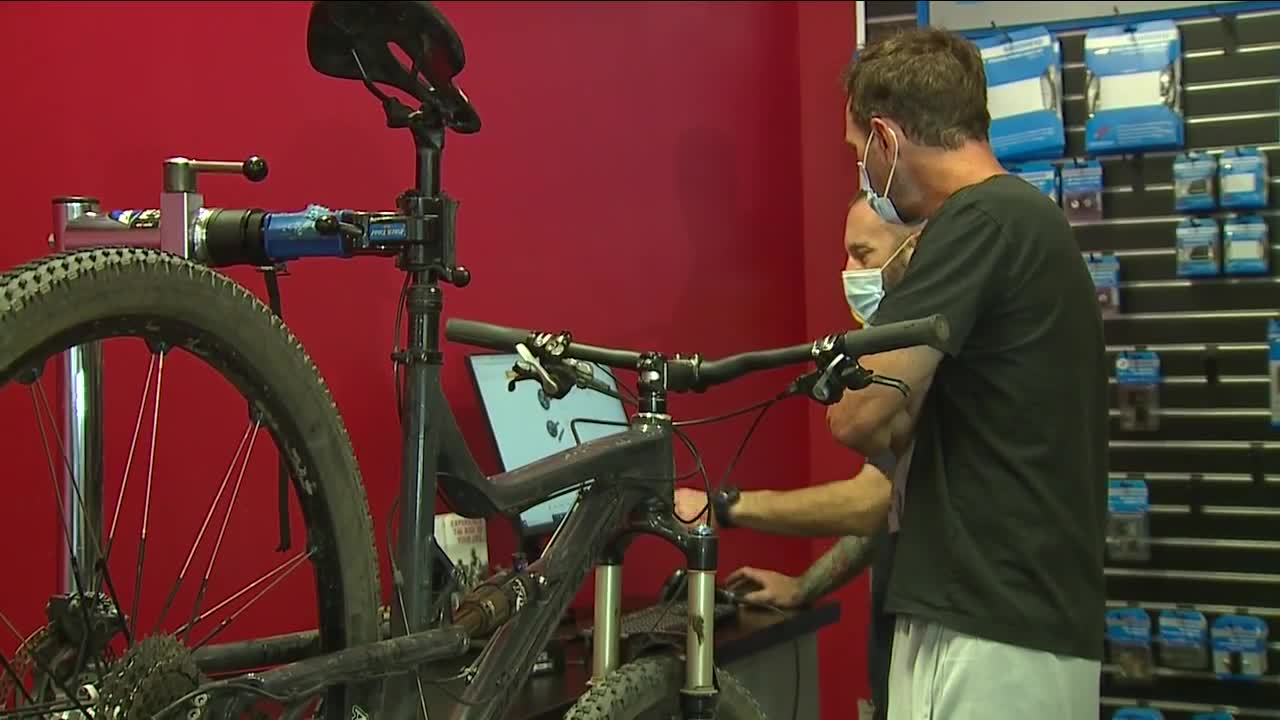 HIGHLANDS RANCH, Colo. -- The bicycle business is booming. So much so that bike shops are having a tough time keeping up with the pandemic-related demand.

"Its absolutely crazy," said Bob Magatagan, store manager at BikeSource in Highlands Ranch. "We closed for one day until we found we were considered an essential business. Since then, it's been 'Katy bar the doors!' We're busy every day until we close the doors."

Magatagan said demand for bikes shot upward as gyms and health clubs were ordered closed because of the pandemic.

He said that shift coincided with the nine-week closure of factories in Asia where bicycles and bicycle parts are made.

Magatagan told Denver7 they have plenty of bikes to sell, just not as many as normal. He said demand is still outstripping supply.

And it's not just bikes that are in short supply, so are bicycle parts.

"I came in to get a new crankshaft and a new chain," said Lance Finkbeiner, whose mountain bike is seven years old. "I'm being told I need to wait...for several months."

Service Manager Joe Porter said the crank Finkbeiner is looking at, "is back-ordered until October or November."

"It shows you how much we rely on China, ultimately," the customer said. "I'd like to think we could figure it out how to do it in America."

Finkbeiner said he hopes his bike holds together until the part comes in, because he intends to keep riding.

Some customers find exactly what they're looking for.

Steve Kramer came in with a 3-year-old in tow. The little tyke tried one bike. It was a little too big. He tried another and it was just right.

After taking the little bike (sans training wheels) for a spin around the parking lot, we asked, "how fast did you go?"

The 3-year-old replied, matter-of-factly, "So fast."

Those who don't find the perfect match in the store, usually end up "ordering" what they want.

"I have to tell people, maybe 10 to 20 people a day that I don't have a bike for them, that we'll have to order it," Magatagan said.

Sometimes customers have to wait months for their bike to arrive.

When asked about bicycles for Christmas, Magatagan said you'd be wise to order now, and even that's not guarantee that you'll get it in time for the holidays.

As demand has skyrocketed, so has theft.

Denver police say more than 2,350 bikes have been stolen in the Mile High City so far this year. That number is higher than last year for the same time period.

"We probably get one or two calls a week from somebody needing their bike serial number, or receipts, or things like that, for insurance claims," he said.

Some bikes are stolen by thieves looking for quick cash. They sell them on eBay.

Other high-end bikes may be stolen by rings looking for bigger bucks.

Jack Todd, at Bicycle Colorado, said as more people purchase bikes and ride them, there is more opportunity for thieves to steal.

It helps to secure your bicycle, but even that is no guarantee that it won't be stolen.