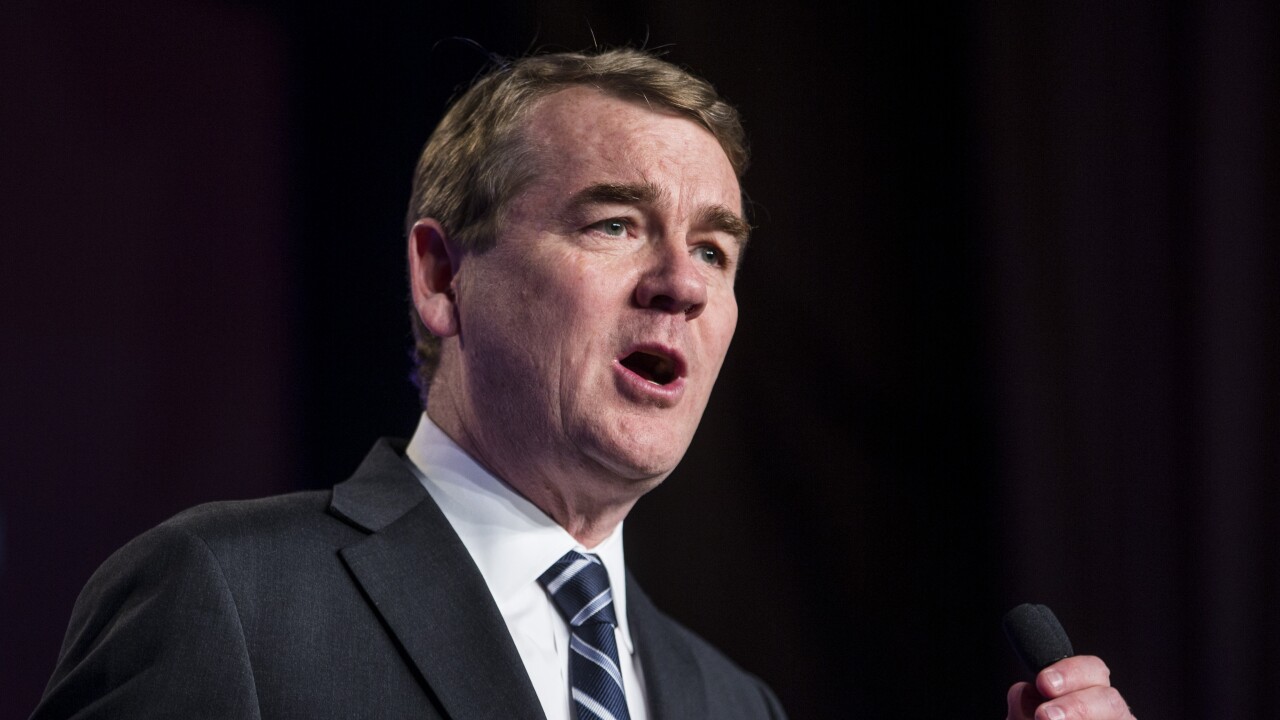 Bennet, 55, was a late entrant to the race who staked his bid largely on trying to win New Hampshire. He only formally announced his candidacy in early May, after completing treatment for prostate cancer. He was the seventh senator and second white Colorado moderate to join the field, which made it difficult for him to stand out.

"I really want to say that I appreciate the fact that you gave me a chance here, and you're giving all the other candidates a chance," Bennet said to a group of people in New Hampshire, according to a video shared on social media by ABC News. "I wish all those candidates well, that are going beyond New Hampshire."

He continued, "I think it's fitting for us to end the campaign tonight, but I want to remind you of why I got in this race, why I stayed in this race and why we have to stay in this fight: I got in this race because I love our country, I love America, I love the idea of democracy and I want to make sure that our generation passes this democracy intact, at least, if not in better shape, to the next generation of Americans."

Shortly after polls closed, Bennet spoke about his decision to end his presidential bid.

“We weren’t able to get much in the way of name identification in the state,” Bennet said shortly after polls closed in New Hampshire. “We didn’t have the resources to compete. ... I’m frustrated because I think we did have something to contribute in terms of the agenda.”

Bennet dropped out of the race shortly after entrepreneur Andrew Yang announced his own departure Tuesday night, bringing the Democratic presidential field to single digits.

Bennet ran on a centrist platform and made a point of bucking the trend among some candidates for splashy, liberal proposals. Instead of embracing “Medicare for All” and free college, Bennet ran on what he called his “Real Deal” platform of more modest but still ambitious goals. Those included annual payments of at least $3,000 to families with children under age 18, allowing people to buy into an expanded form of Medicare and a $1 trillion housing affordability plan.

But while his articulate and passionate centrism won plaudits from pundits and experienced Democratic professionals, Bennet struggled to register in the polls and he hovered in the bottom tier of the field even as he campaigned more in New Hampshire than other candidates, with 50 town halls in the final ten weeks.. After July, Bennet never polled high enough or raised enough money to qualify for the debate stage again.

The main obstacle to Bennet was Biden, who as the moderate with establishment backing took up the space that the Colorado senator’s campaign was counting on. Bennet’s late entry also hobbled him. Because of his cancer diagnosis, he had to delay his candidacy, and he barely qualified for the first presidential debate. Bennet quickly began pushing back against the Democratic National Committee’s increasingly stringent debate qualification rules, complaining it was an unfair advantage for the staples of cable television who had been campaigning months, or even years, earlier.

In the end he staked his bet on the path blazed by his political mentor, former Colorado Sen. Gary Hart, who scored a surprise win in New Hampshire in the 1984 Democratic presidential primary and almost won the nomination. Bennet pledged to hold 50 town halls in New Hampshire during the final weeks of the campaign and spent almost every spare moment there.