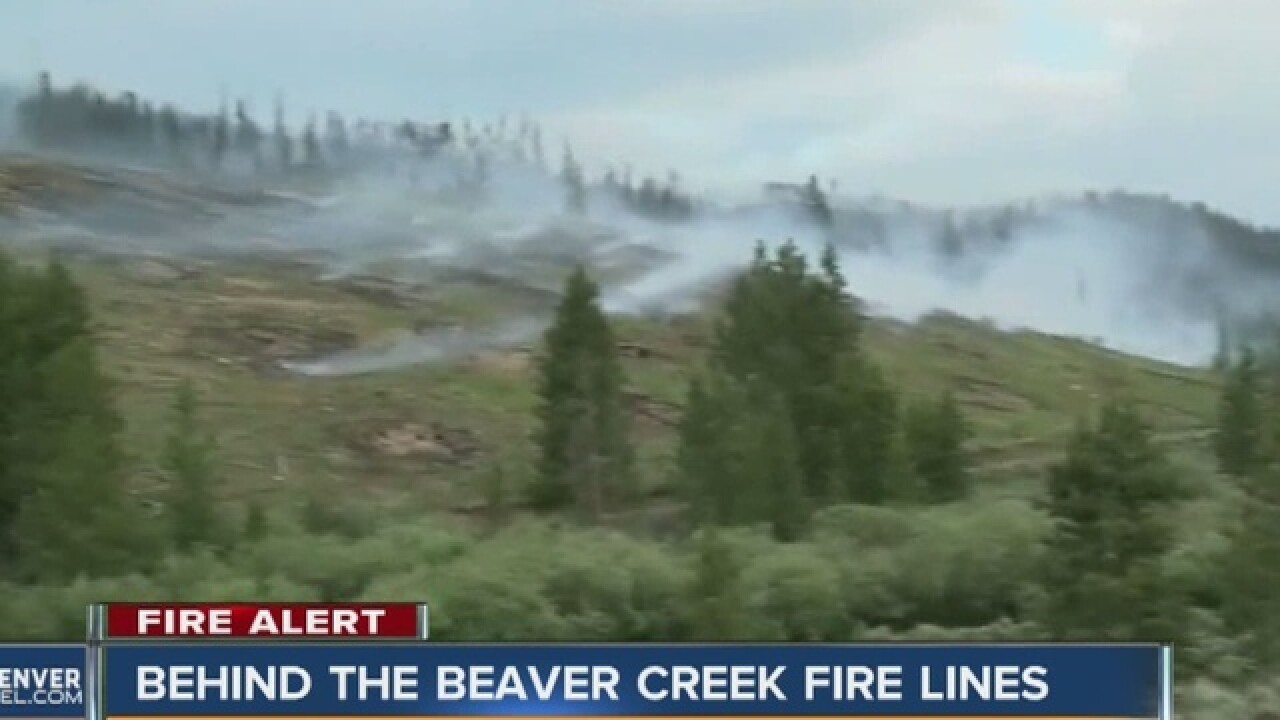 The Beaver Creek Fire is flaring up again in northern Jackson County.

Beaver Creek Fire Public Affairs Officer Brian Scott said the command staff has opted to use helicopters and bulldozers to battle hot spots, in an effort to keep flames from spreading.

He said, normally, ground crews would battle some of those hot spots by hand, but in this case it’s too dangerous because of all the beetle killed trees that are still standing.

“The smallest breeze can topple a tree,” he said, “and you won’t even hear it starting to fall.  So, we’ve got to keep people away.”

Scott said ground crews are instead being used around the perimeter of the fire.

On Wednesday, Fire Command estimated that the blaze had consumed 7,000 acres.  Early Thursday, the new command staff revised that figure downward, saying aerial reconnaissance indicated the size of the blaze was closer to 5,368 acres.

The Incident Commander, Jay Esperance, told Denver7 that two structures have been lost.  Both appear to be out-buildings, or sheds.

On Tuesday, Dani Ball told Denver7 that her family’s historic 100-plus-year old cabin was in danger.

She said her great great grandfather built the cabin and started up a copper mining operation in the area.

“My grandparents got married in that cabin,” she said. “I spent every weekend there when I was growing up.”

“We are elated,” she said, “and still hold onto hope for the other cabins.”

Ball said she is grateful that firefighters are concentrating on structure protection.

Esperance said safety is also a top priority.  He said one firefighter was injured by a chain saw that was not on.

"One firefighter had the chainsaw in his hands and turned around," Esperance said.

That's when the blade apparently cut another firefighter.

When asked how long it might take to extinguish the blaze, a spokesman said he couldn’t hazard a guess, but added they are in it for the long haul.