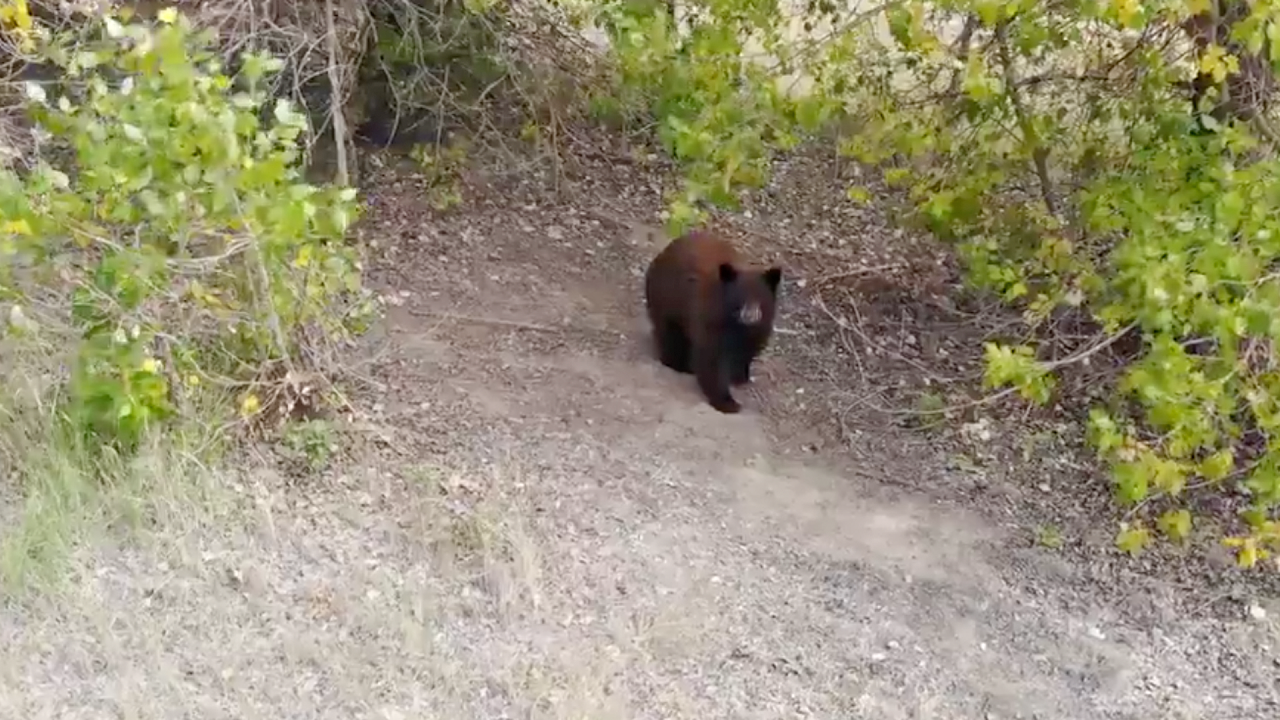 AURORA, Colo. — A bear spotted near E-470 and East Arapahoe Road in Aurora Tuesday morning prompted a search by police and wildlife officers.

The Aurora Police Department tweeted around 11 a.m. that the bear was seen in the 23500 block of East Briarwood Drive.

The tweet warned residents not to approach the animal.

#APDAlert APD Officers have been working with DOW to track down this fella all morning in the 23500 block of E. Briarwood Dr. If you see this bear please call 911, DO NOT APPROACH! Some social media posts state we have the bear, WE DO NOT yet 📷 Kelly Brgoch pic.twitter.com/mqdVB7G5kA

Video from AIRTRACKER7 over the scene showed officers focusing on a tree near a subdivision.

At one point during the search, a wildlife officer was seen pointing a tranquilizer gun toward the tree.

The Arapahoe County Sheriff's Office later tweeted that the bear was found but it wouldn't come out.

The sheriff's office drone video shows the bear coming out from under a large tree and then turning around when it spots the drone.

We launched a drone today and helped Aurora PD search for a bear near Arapahoe Road and E-470. Unfortunately it wouldn't come out of the retention pond so we left it alone but our deputies say it looked healthy and seemed happy! pic.twitter.com/VHc51exceM

Officials warned that bears are very active this time of year as they try and eat as much as they can before they go into hibernation for the winter.