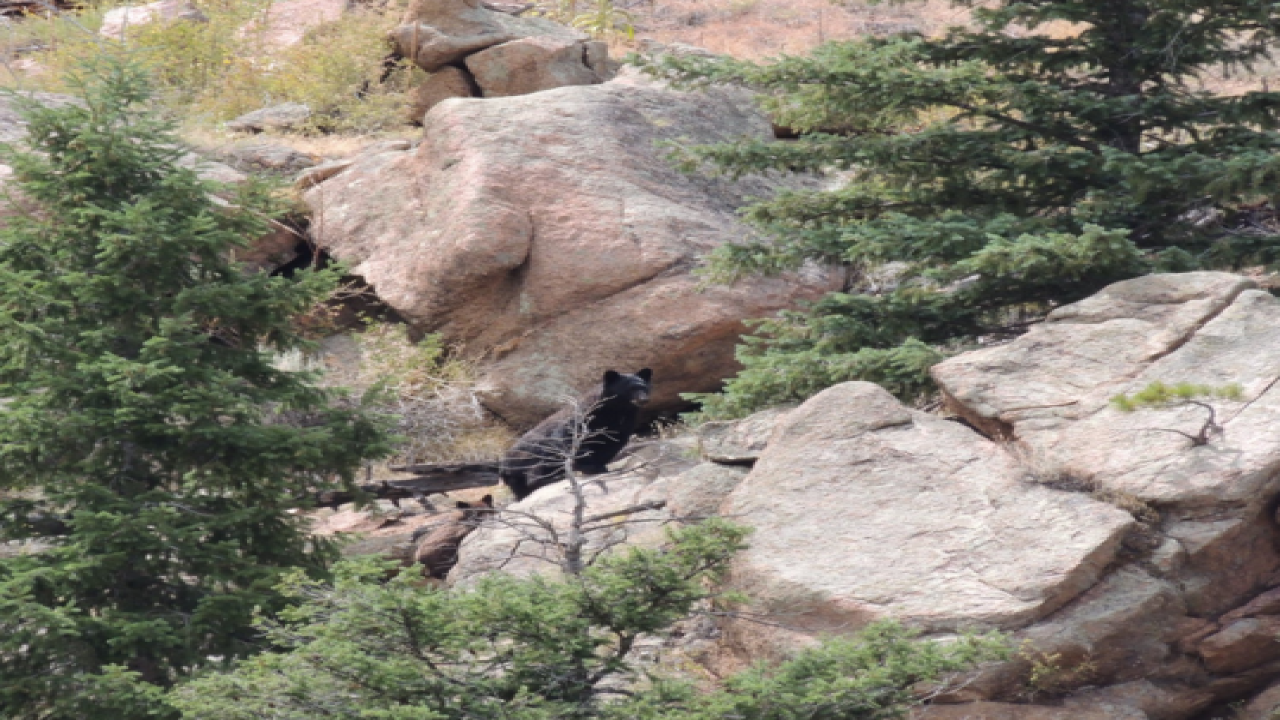 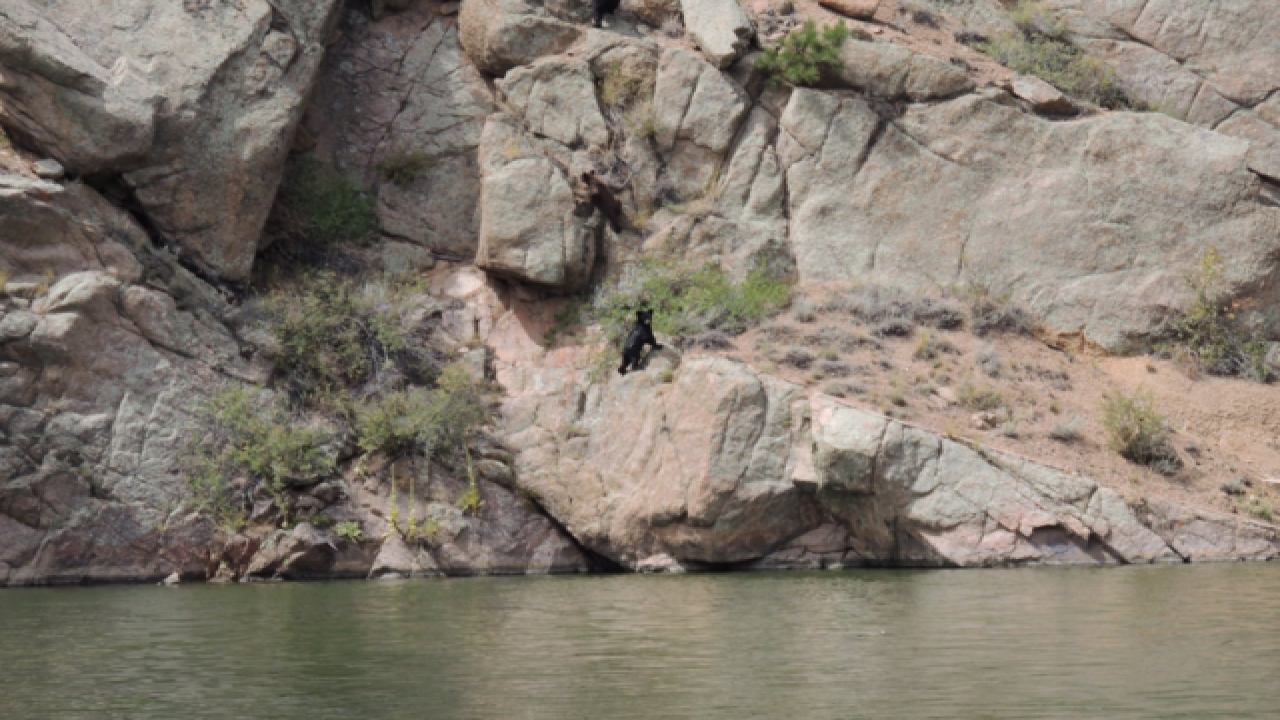 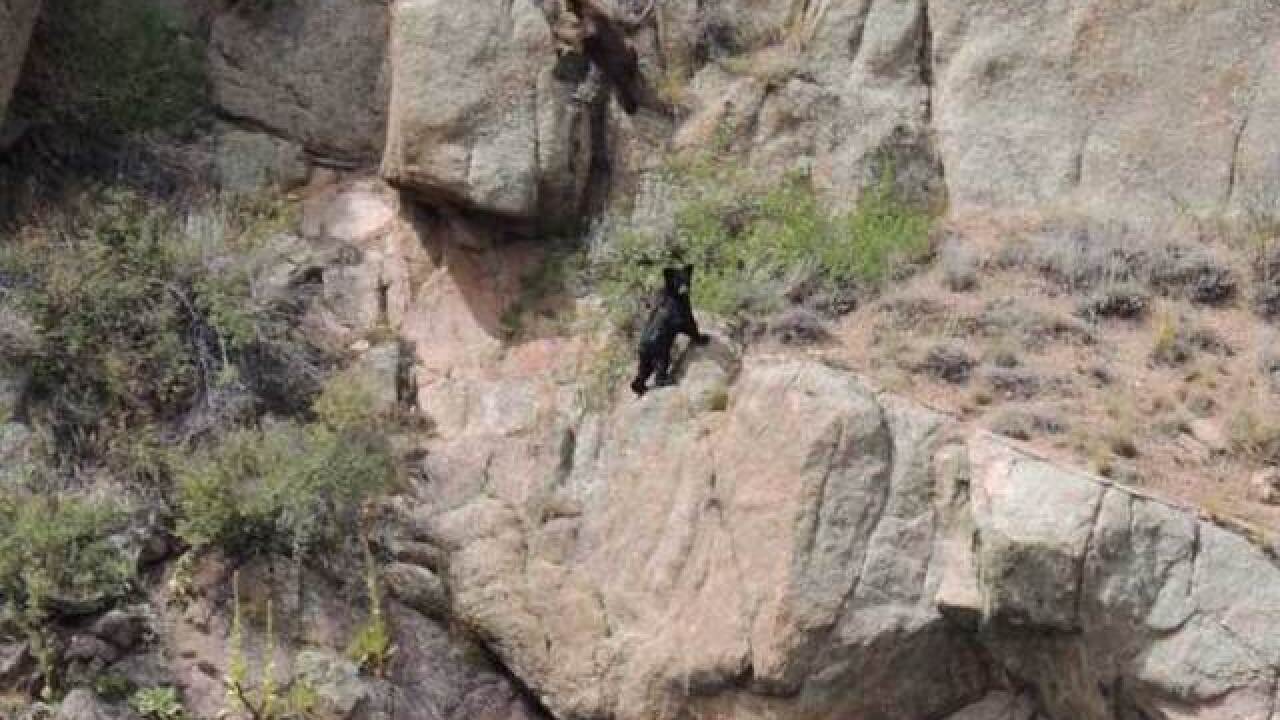 Denver Water survey manager, Dan Thompson, said his crew was surveying at the bottom of Cheesman Reservoir when they came around a bend and spotted the bear family.

If you look closely, you can see mom in the upper right of this photo, with a baby bear in the lower left corner.

In the next picture, look for a baby bear below mom in the center of the photo.

And in this final picture, that's mom's foot at the top of the photo, in the center.

Look below her to see her two cubs.

Thompson and his crew were in a boat when they spotted the bears.

Thompson said the mom ran, but the babies couldn't keep up, that's why you "barely" see her in the last picture, but the babies are still trying to scramble up the rocks.

Bear cubs spotted near #CheesmanReservoir! They're in the distance, and they're adorable. pic.twitter.com/4AthojirYt