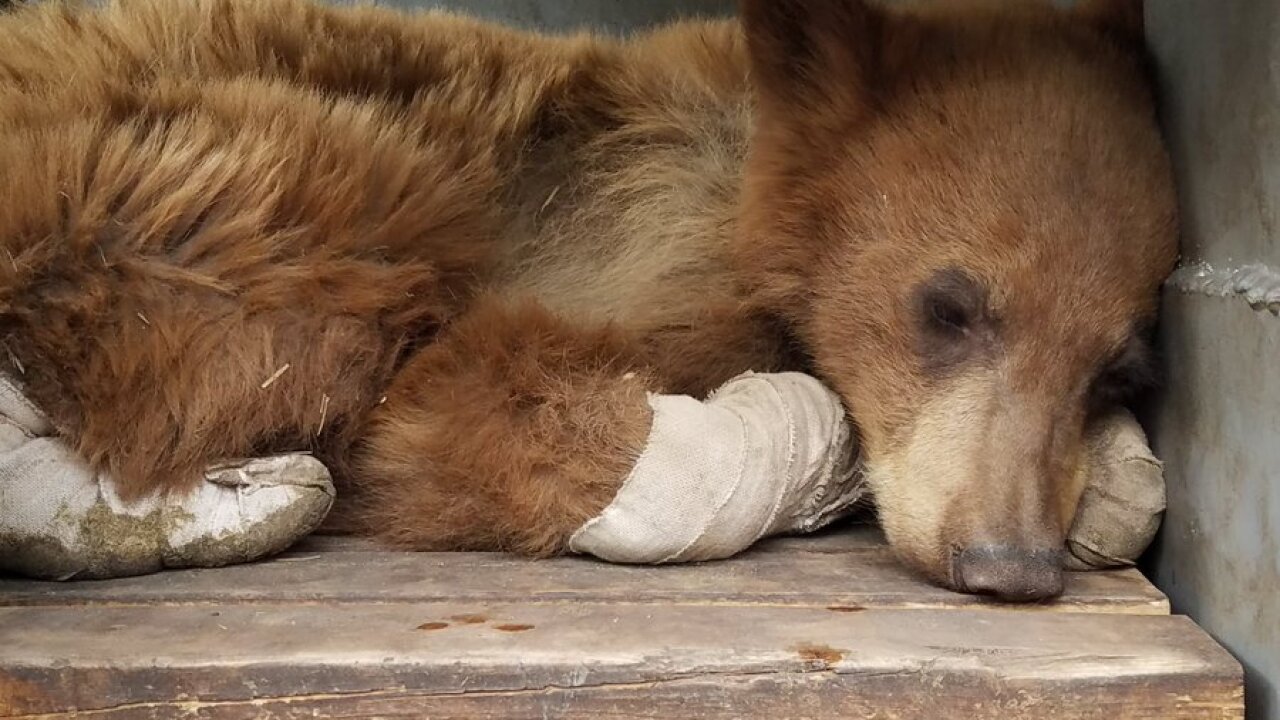 DENVER – Colorado Parks and Wildlife said that a yearling bear that was burned during the East Canyon Fire last month is recovering well and should be released in coming weeks.

The bear was found in the midst of the East Canyon Fire, which burned thousands of acres in southwest Colorado last month, and rescued by CPW officers, who took it to the Frisco Creek rehab facility for treatment on its singed paws and other injuries.

The bear is a yearling born during the winter in 2019, CPW said. CPW Officer Steve McClung said at the time the bear likely got caught in the wildfire and had to run across hot spots. The veterinary manager at Frisco Creek said the bear’s injuries would likely not lead to any permanent damage.

On Tuesday, CPW sent out new photos of the bear looking healthier already, and said that Frisco Creek had given good news on the bear’s rehab progress.

We received great news from our rehabilitation facility! The bear that was rescued outside of the #EastCanyonFire is doing very well and has even gained some weight. The bear is almost ready to have its bandages taken off and should be released in the coming weeks. pic.twitter.com/VNl5tDt2Yn

“The bear that was rescued outside of the East Canyon Fire is doing very well and has even gained some weight,” CPW said.

Parks and Wildlife said the bear will likely have its bandages on its paws removed soon and “should be released in the coming weeks.”

Two years ago, a bear cub was found badly burned from the 416 Fire, also near Durango. That bear also made a full recovery after undergoing rehab at Frisco Creek. It was released back into the wild west of Durango in January 2019.