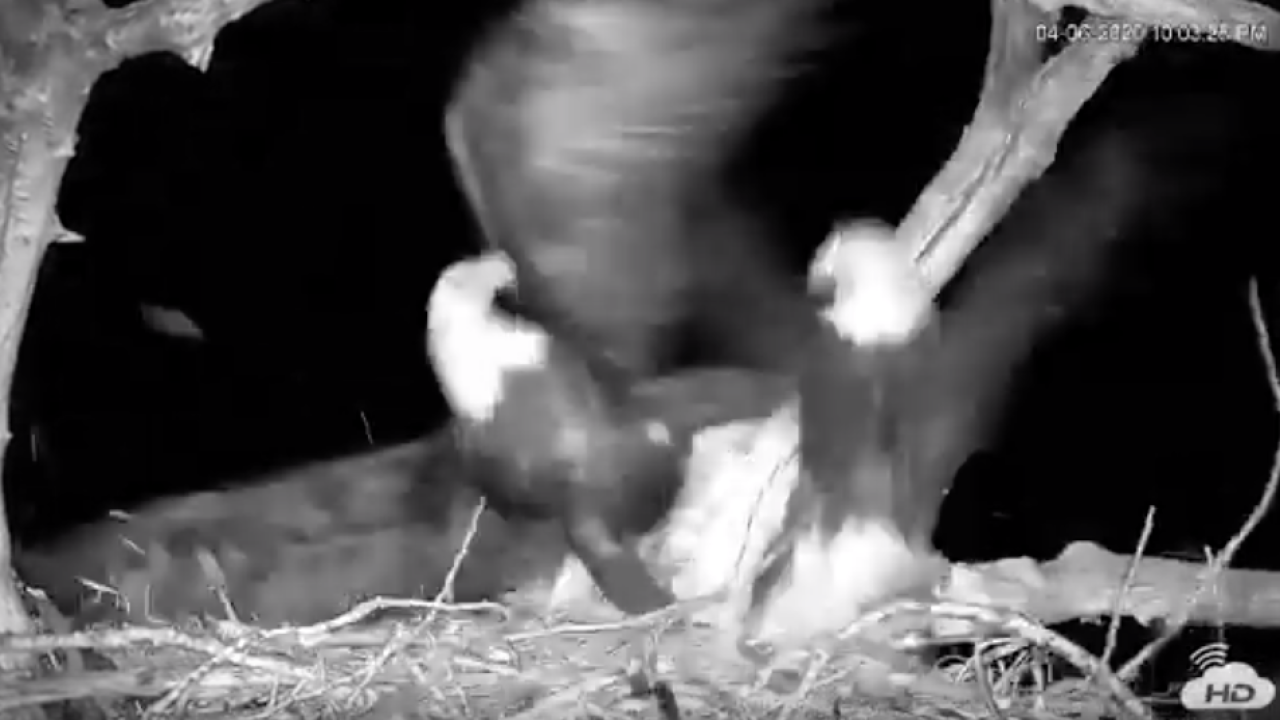 WESTMINSTER, Colo. — A battle between bald eagles at a nest near Standley Lake in Westminster — apparently over soon-to-be hatched eggs — turned bloody this week.

Eggs typically hatch around this week at Standley Lake Regional Park, and a female eagle intruder was seen attacking an eagle couple and their eggs overnight Monday. Video from the park's eagle camera showed the intruder, who is bigger than both the mother and father eagles in the nest, attacking the nest and pecking at the eggs.

Here's video of one of the attacks, captures on the park's eagle cam.

Park officials said the mother eagle likely left to recuperate and regain strength. As of Wednesday, the mother eagle hadn't been seen yet, though several eagle sightings were reported in the area.

The eagle who initially intruded on the nest had returned, but the father eagle scared her away, vocalizing loudly in her direction, the park said. Still, the intruding eagle, also known as a "floater," kept coming back and even entered the nest and uncovered the eggs at one point.

Park officials, though, emphasized that the intruding eagle was simply acting on her natural instinct.

"While it is so frustrating to see this floater disrupting the lives of eagles that we know so well," park officials wrote in a Facebook post, "it’s important to remember perspective and to do your best to not anthropomorphize to create a villain out of the floater."

The City of Westminster has a live stream of the eagle's nest here.