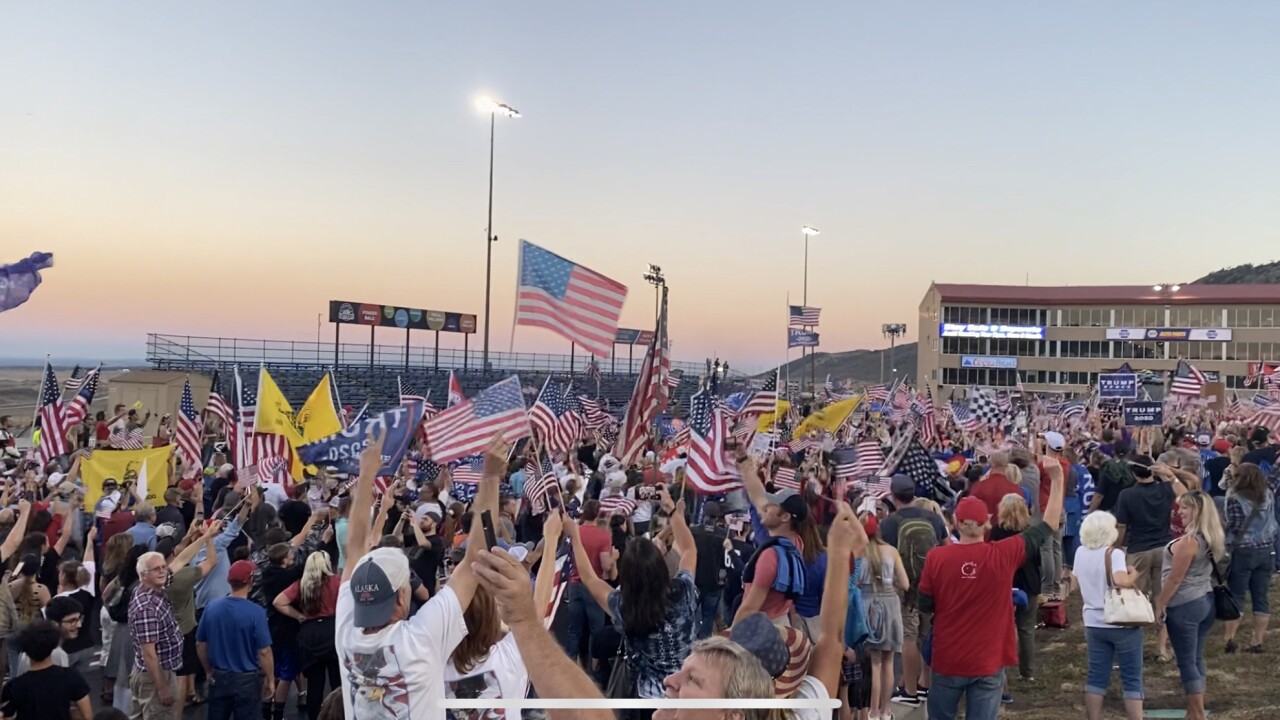 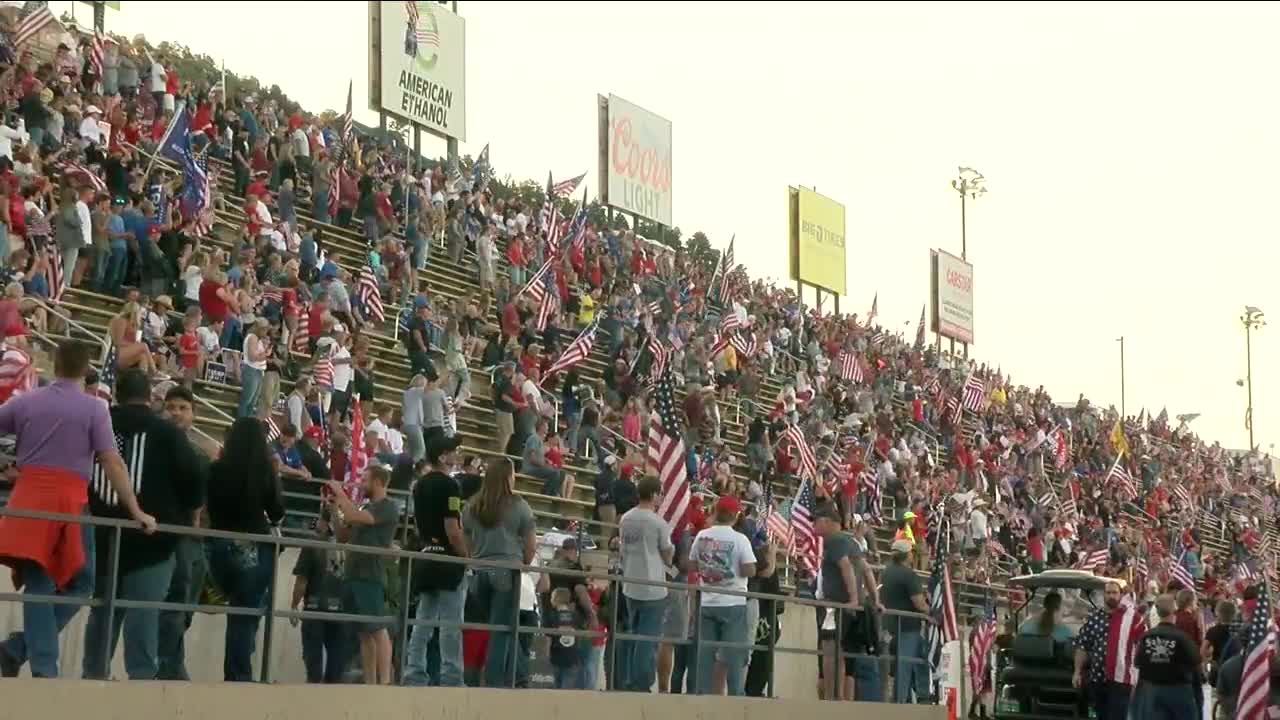 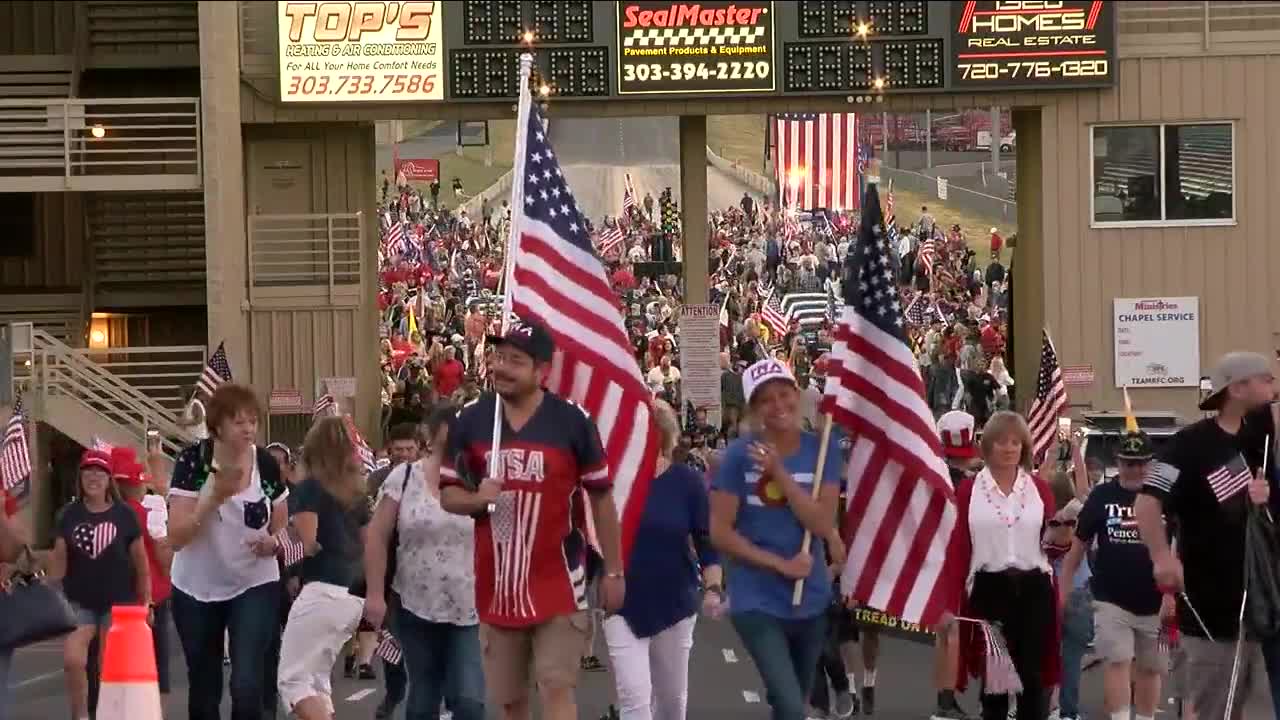 MORRISON, Colo. — Thousands of supporters gathered at Bandimere speedway on Tuesday night, though they did not gather to watch racing. This, in many attendees' words, was a peaceful protest.

The Stop the COVID Chaos Rally was held to promote two lawsuits being filed against Colorado policies related to COVID-19. The first is being filed by Bandimere Speedway against Jefferson County for its health regulations on businesses. The second is being filed by Colorado House minority leader Rep. Patrick Neville against Gov. Jared Polis's emergency mask mandate.

"The crux of our lawsuit is that the governor is violating the separation of powers," said Neville during an interview at the rally. "People are fed up, they want to get back to work they want to get the economy back up and that is what most of the people are here for."

Bandimere was specifically warned by the health department not to break the social distancing guidelines put forward by the county and state.

A letter from Jefferson County Public Health sent to the race track on Tuesday told the operators to "follow all public health orders."

"Given the absence of an approved plan for this event, we are hopeful that Bandimere intends to cap attendance at 175 attendees or less," it read.

Photos from the event show attendees numbered not in the hundreds, but the thousands.

The event is not the first this summer to draw ire from Jefferson County. In July, the county health department sued Bandimere for holding a Fourth of July fireworks celebration that also had an estimated crowd size in the thousands.

Attendees to the rally on Tuesday shared their support for the raceway and their opposition to policies they say are overreaching.

"People are tired of being restricted with rules that are hindering their lives," said Brian Albee. "COVID is a concern, but I think it should not be restrictive of hindering lives."

As of Wednesday morning, there is no indication yet as to how the county will respond.

However, officials with the department said they would be watching the event and take action accordingly.