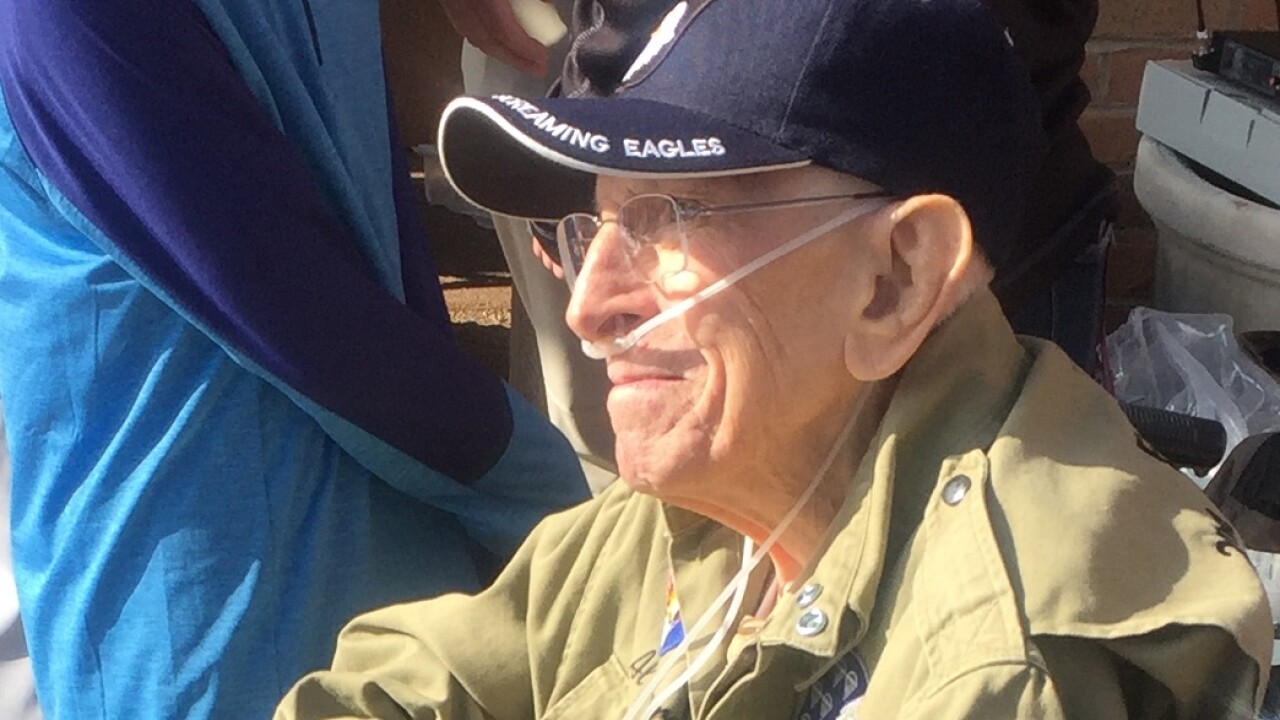 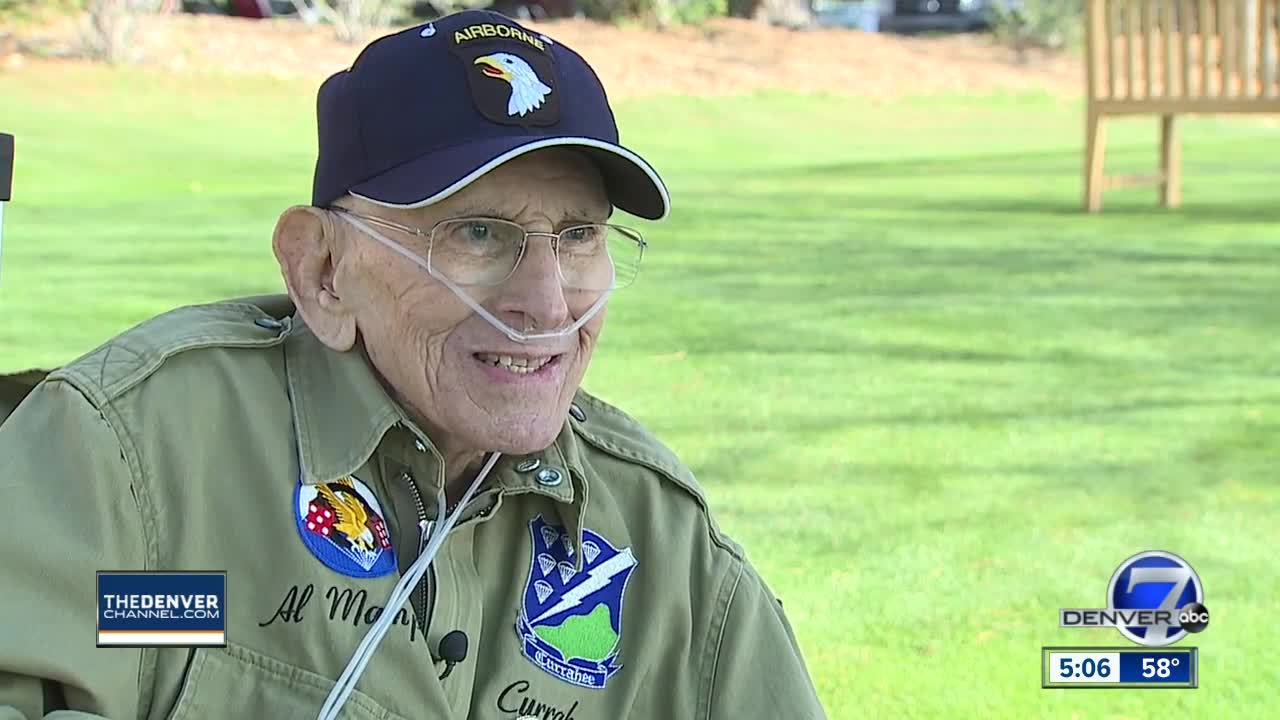 He's an army legend, immortalized in the HBO series "Band of Brothers."

Staff Sergeant Al Mampre, 96, saw heavy action with the famous "Easy Company" during World War II. He was in Englewood last week to help raise money for the the U.S. Bomb Technician Association.

Mampre basked in the applause at the Inverness Golf Club — a reception worthy of an American hero. He made the trek to Colorado from Illinois for a law enforcement fundraiser. At 96 years old, he's still sharp as a tack, with a great sense of humor.

"When I got off the plane — holy mackerel," he said. "There was an honor guard and everything. I bet the people thought, 'This guy, they're taking him to jail or something,'" he said.

Mampre is one of the last surviving members of the 101st Airborne's "Easy Company," a legendary battalion from World War II featured in the HBO series "Band of Brothers."

In 1942, Mampre joined the army at the age of 20. He volunteered to be a paratrooper and a medic.

He saw action in some of the bloodiest battles in the war. During Operation Market Garden in the Netherlands, he raced out under heavy fire to help a wounded soldier and was hit by German sniper bullets.

"In my best bedside manner, I said, 'Are you dead lieutenant? 'Cause if you're dead, I'm going,'" Mampre said, laughing.

Both men were pulled to safety.

Mampre said he and his fellow brothers were proud to serve their country and were just doing their jobs.

"Everybody in there was doing what he had to do," he said.

He returned to the U.S. after the war, married and became a psychologist. He rarely talks about his time in combat, he said.

His quiet life changed in 2001 when the HBO series came out based on the best-selling novel by Stephen Ambrose. Mampre became a celebrity. Since then, he's become a highly sought-after speaker and living legend.

"He's from the greatest generation, and someone from the 101st — it's overwhelming, " said Bomb Technician John Vaala.

We asked Mampre how he stays so youthful. He responded with a smile and joke.

And what about his secret to a long and happy life?

"Meeting a lot of nice people, having a sense of humor, be lucky enough to be in tune with what's going on around you and... don't die," he said.

At 96, this humble hero shows no signs of slowing down. He's a living example of the greatest generation.