B-Cycle ends operations in Denver as city looks for replacement

Thursday is the last day for bike share service 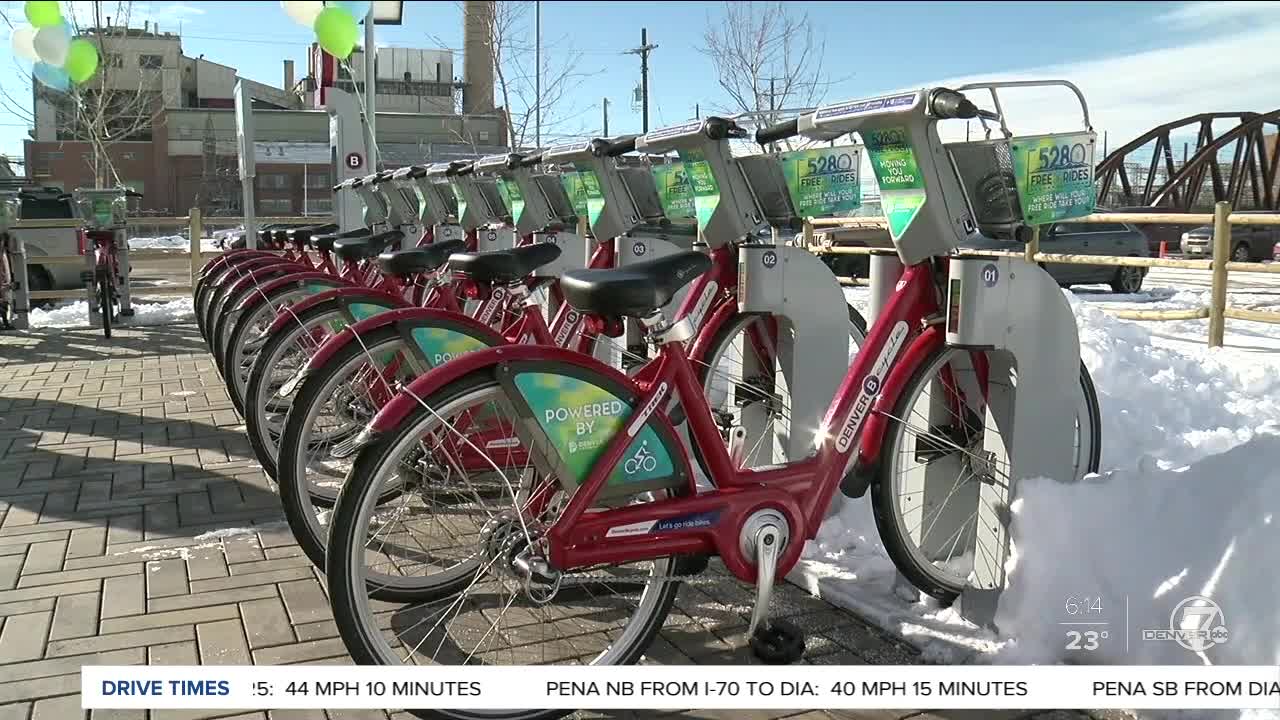 After nearly 10 years in Denver, B-Cycle's contract with the city expires Thursday.

It's the end of an era for bike sharing in Denver. After nearly 10 years of service, B-Cycle will cease operations in Denver Thursday.

"It was really a game changer, it gave people options," said Danny Katz, director of CoPIRG and a member of the advocacy group, Denver Streets Partnership.

Advocates are now hoping the city will select a replacement for B-Cycle that offers a variety of micromobility options.

"Micromobility is things like bike share, e-bikes and electric scooters, and we’re calling on micromobility providers to go big, and create a comprehensive network across the city where everyone can have access to these options," said Katz.

The Denver Department of Transportation and Infrastructure (formerly Denver Public Works) says it plans to put out a request for proposals in the coming weeks. The city has expressed interest in choosing a new company to contract with, to replace the permitting process it has used for the electric scooter and bike companies Lime, Bird, Spin, Razor, and Lyft. This could limit the overall number of companies in operation in Denver.

The Denver Streets Partnership wants a micromobility provider that will offer a variety of options, service in more Denver neighborhoods, and low cost or free rides for Denver residents. Katz expects that will require some sort of public funding from the city of Denver.

"We need to look at ways to support micromobility in the same way that we support roads or buses," said Katz. "It's hard to imagine a system long term without some kind of public funding," he said.

B-Cycle's popularity has declined since peaking in Denver in 2014, and especially after options like dockless scooters and electric bikes entered Denver. The city says there are an average of 9,137 trips per day on electric scooters, and 540 trips on dockless bikes each day.

B-Cycle's ridership hit a peak in 2014 but has since fallen to below an average of 900 trips per day.