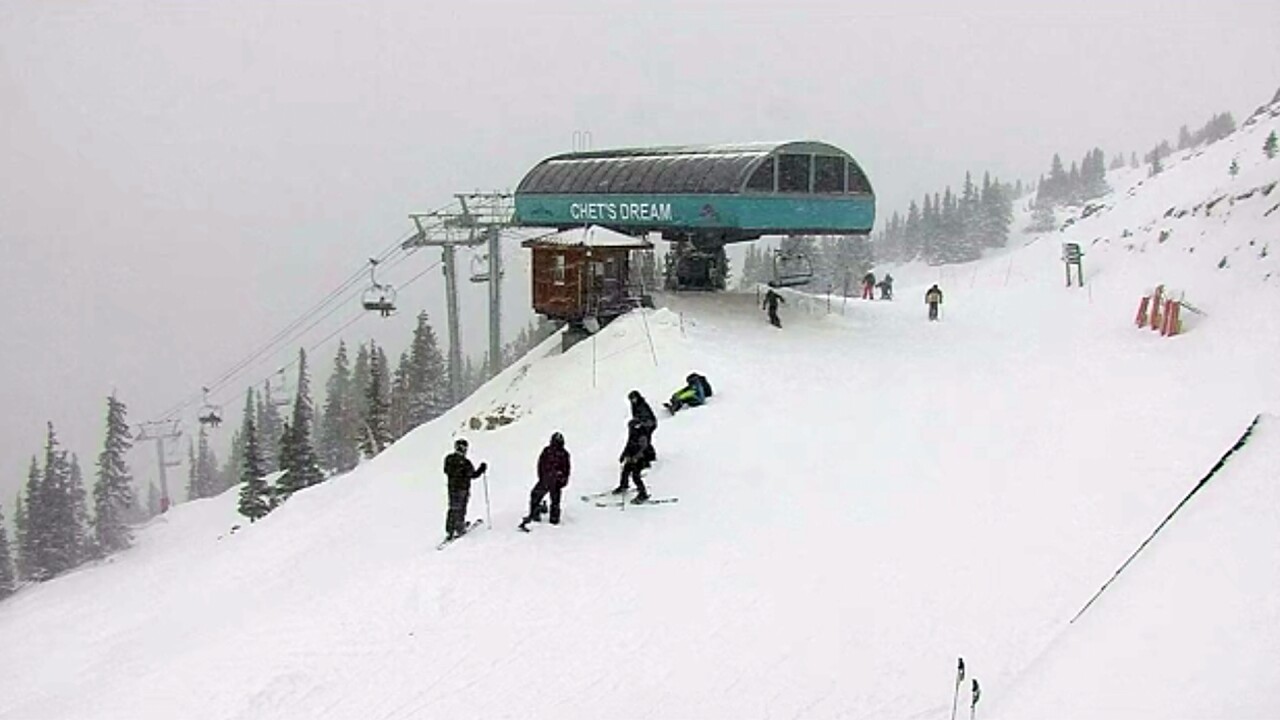 Copyright 2019 Scripps Media, Inc. All rights reserved. This material may not be published, broadcast, rewritten, or redistributed.
Courtesy Loveland Ski Area
There were several avalanches reported Friday, including one that happened Friday afternoon at Loveland Ski Area in Clear Creek County, the county emergency management office confirmed, though it did not have further information as of 4:10 p.m.

DENVER – Colorado’s average snowpack was back above normal Friday after heavy snow fell in the mountains, though the new snow has created high avalanche danger in the High Country.

There were several avalanches reported Friday, including one that happened Friday afternoon at Loveland Ski Area in Clear Creek County, the county emergency management office confirmed.

The Clear Creek County Sheriff's Office said in a news release that a skier triggered the avalanche when they went inside closed terrain within the ski boundary. Another skier reported the slide at 2:34 p.m., the sheriff's office said.

Ski patrol, avalanche dogs and other search-and-rescue crews from the area responded with beacons and probes, and as of 5 p.m. had not found any missing skiers. The search was ongoing into the late afternoon, however, the sheriff's office said.

Despite a snowy start to Colorado’s cold seasons, the state and mountains experienced a fairly dry November and December that pushed snowpack back below normal levels.

But several January snowstorms and more than a foot in many places in the mountains over the past couple days pushed the statewide snowpack average to 102 percent of normal as of Friday afternoon.

Even southern and southwestern Colorado – which experienced a drier start to the season than the northern and central mountains – had nearly caught up to their normal snowfall levels after more than two feet of snow fell in some areas this week.

But the new snow this week has also led to avalanche warnings throughout most of the state, according to the Colorado Avalanche Information Center.

The avalanche danger was considered “considerable” in the Vail and Summit County and Front Range regions, where the Loveland Ski Area avalanche occurred.

But danger in most of the regions in the rest of the state was considered “high” Friday and avalanche warnings were in effect through Saturday morning.

Avalanche mitigation efforts were ongoing along mountain roads across the state, and many main thoroughfares will be closed intermittently into the weekend because of avalanche danger or mitigation.

The avalanche at Loveland Ski Area came a day after an in-bounds avalanche at Taos Ski Valley, N.M. buried two people and killed one, and about two weeks after an avalanche killed a Longmont man who was participating in an avalanche safety course near Red Mountain Pass.

For the latest information on avalanche danger, click here.

For the latest weather and traffic updates, click here.