Manner and Cause of Death: Undetermined 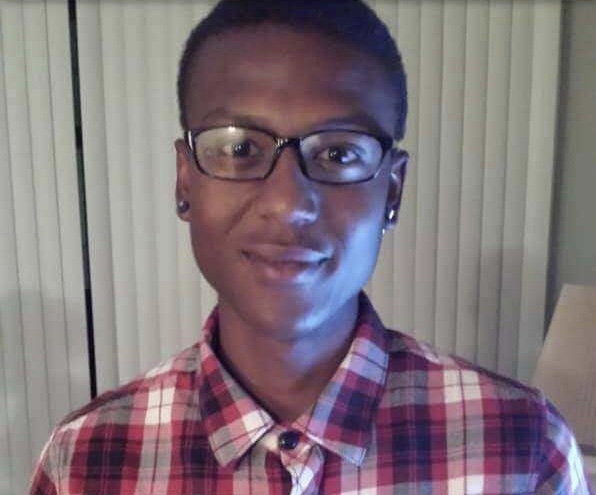 The Adams County Coroner says they can't determine whether Elijah McClain's death was an an accident, was due to natural causes, or is a homicide related to the police department's use of a carotid hold. 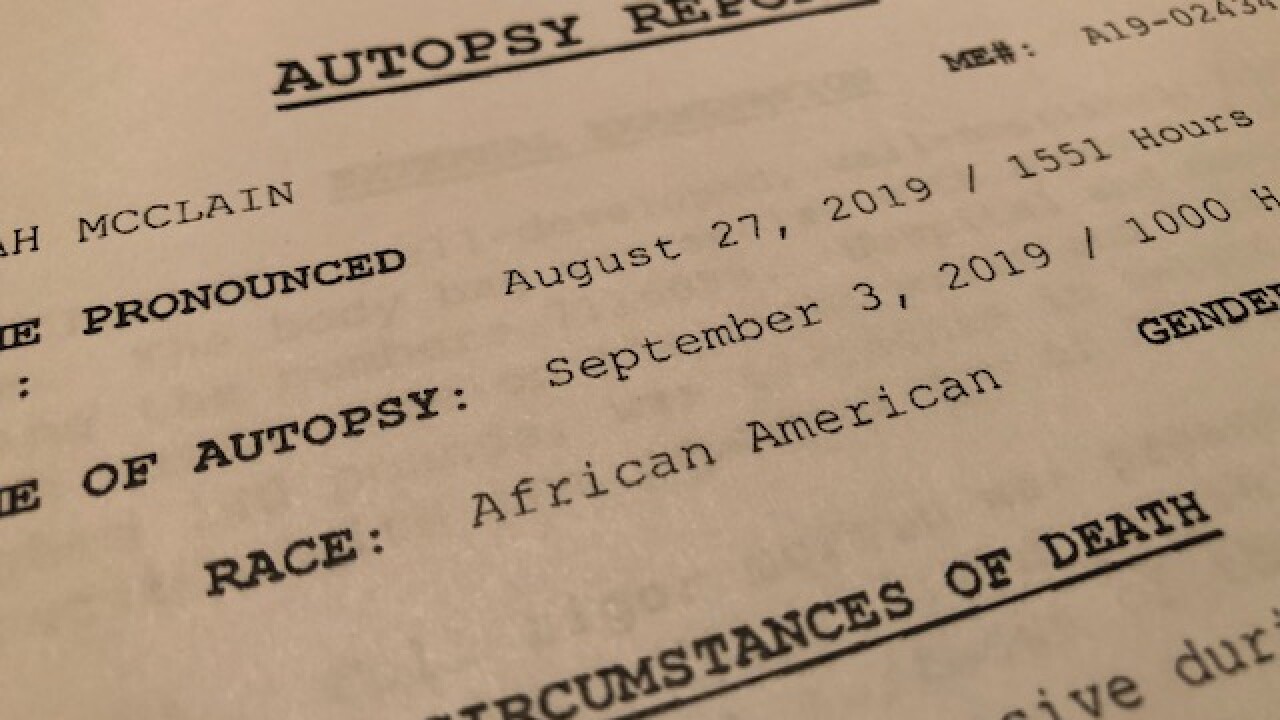 DENVER -- The Adams County Coroner says they can't determine whether Elijah McClain's death was an an accident, was due to natural causes, or is a homicide related to the police department's use of a carotid hold.

The autopsy report, dated November 7, said McClain's cause of death is "undetermined."

McClain had just purchased some tea at a convenience store on August 24, and was on his way home when Aurora Police made contact with him on Billings Street, just north of Colfax.

Police said they had received a call about a suspicious man wearing a ski mask and waving his arms.

They said McClain resisted when they tried to detain him.

"Whatever the report says, it's clear that if the police had not attacked Elijah McClain, he would be alive today," she said.

The autopsy report references multiple abrasions on the victim's face, back and legs. It also references some hemorrhaging around his neck.

"The decedent was violently struggling with officers who were attempting to restrain him," the report stated. "Most likely the decedent's physical exertion contributed to death. It is unclear if the officer's action contributed as well."

First responders administered a dose of ketamine to calm the victim down.

The 23-year old had vomited, suffered a heart attack on the way to the hospital and later died.

Newman told Denver7 that McClain didn't do anything wrong and wasn't a threat to anyone.

When asked if police have a right to stop anyone who looks suspicious to someone else, Newman replied, "The police certainly could have stopped him and said, "hey sir, what are you up to?"

"They immediately went hands on and tackled him," she said. "And of course the fact that all three of their body cameras fell off is something that we should all be pretty suspicious about. It makes it awfully easy for them to say whatever they want, but what we know is that they attacked him for no reason whatsoever. It was excessive force and it led to his death."

Newman said there's no evidence that Elijah ever resisted.

"In fact," she said, "what the video shows is that the officers, all three, went hands-on with him immediately, threw him against a wall and tackled him to the ground. He was restrained and they continued to use force against him, pinned him to the ground, and as he was vomiting, they said don't move or we're going to call in a dog to bite you."

"He was not suspected of doing anything illegal. In fact, the 911 caller explicitly said there was no suspicion that he had a weapon and that no one was in danger, and yet police went hands-on and tackled him for no reason," she said.

APD hasn't released the police-cam video, but Newman said she has seen it.

One of the really troubling things about the video is that at some point one of the officers lifts up the body camera of one of his colleagues, and the other officer says 'hey, get that away, move that out of the way dude.' So what we see is that the officers intentionally made it so that they couldn't be observed."

She said that's "tampering with evidence."

"The district attorney should not only be investigating these officers for a homicide, but they should also be looking at the fact that they were tampering with the evidence by causing their own cameras to fall off and making sure that their own actions weren't caught," she said.