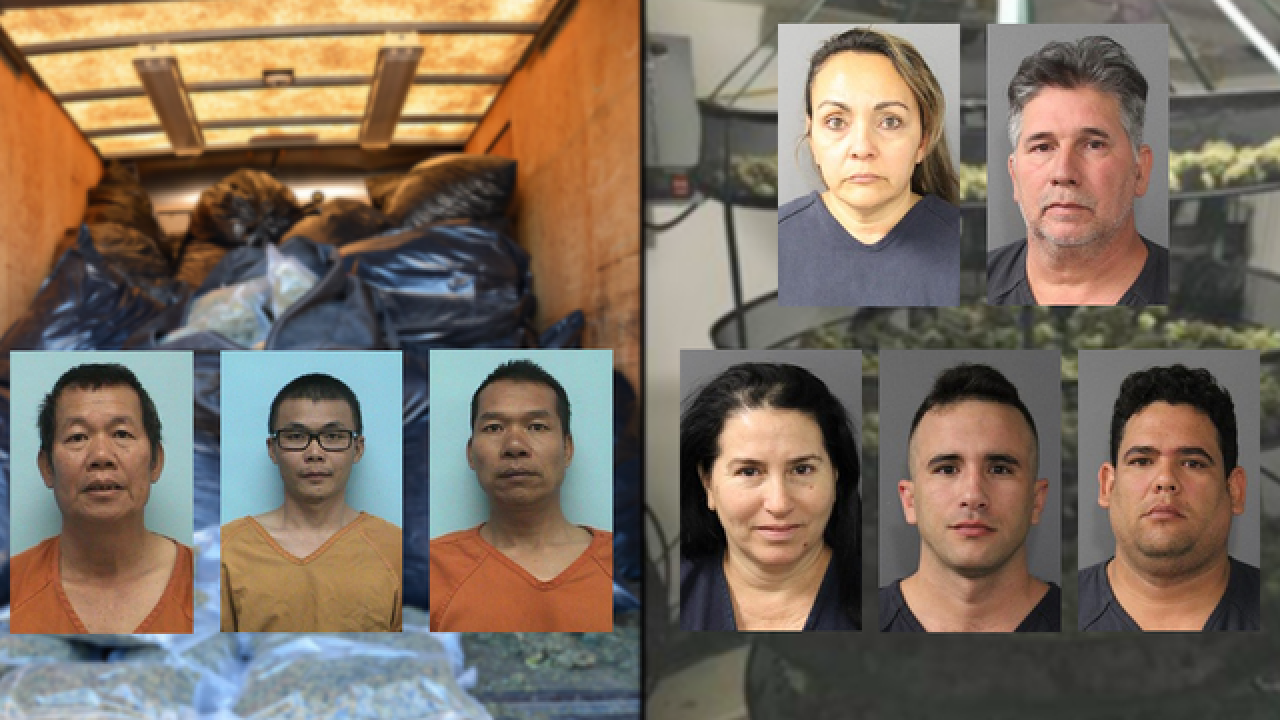 On Oct. 19, Montrose County Sheriff’s deputies seized 1,500 pounds of marijuana with an estimated value of $4-5 million, the sheriff’s office said.

Three suspects, who told deputies they were “working” in the area and originally from Sacramento, Calif., were arrested for cultivation of marijuana and possession of paraphernalia and placed on $60,000 bonds.

The suspects were identified as Sang Ho, Shiwei Liu, and Shanggui Tang.

The Montrose County operation was discovered when deputies responded to the 69300 block of Orion Trail east of Montrose to issue a warrant for past due property taxes.

According to a news release, to reach the front door to post papers, the deputy had to walk through several hundred hanging marijuana plants.

The following week, on the other side of the state, the Pueblo County Sheriff's Office busted an illegal marijuana grow operation involving a Cuban syndicate, the Associated Press reports.

According to the report, deputies seized 340 plants and 70 pounds of dried marijuana product worth nearly $1.2 million. Deputies say it was the county’s largest bust to date.

The Pueblo County Sherriff’s Office said the suspects have connections to a Cuban syndicate with ties to Florida.