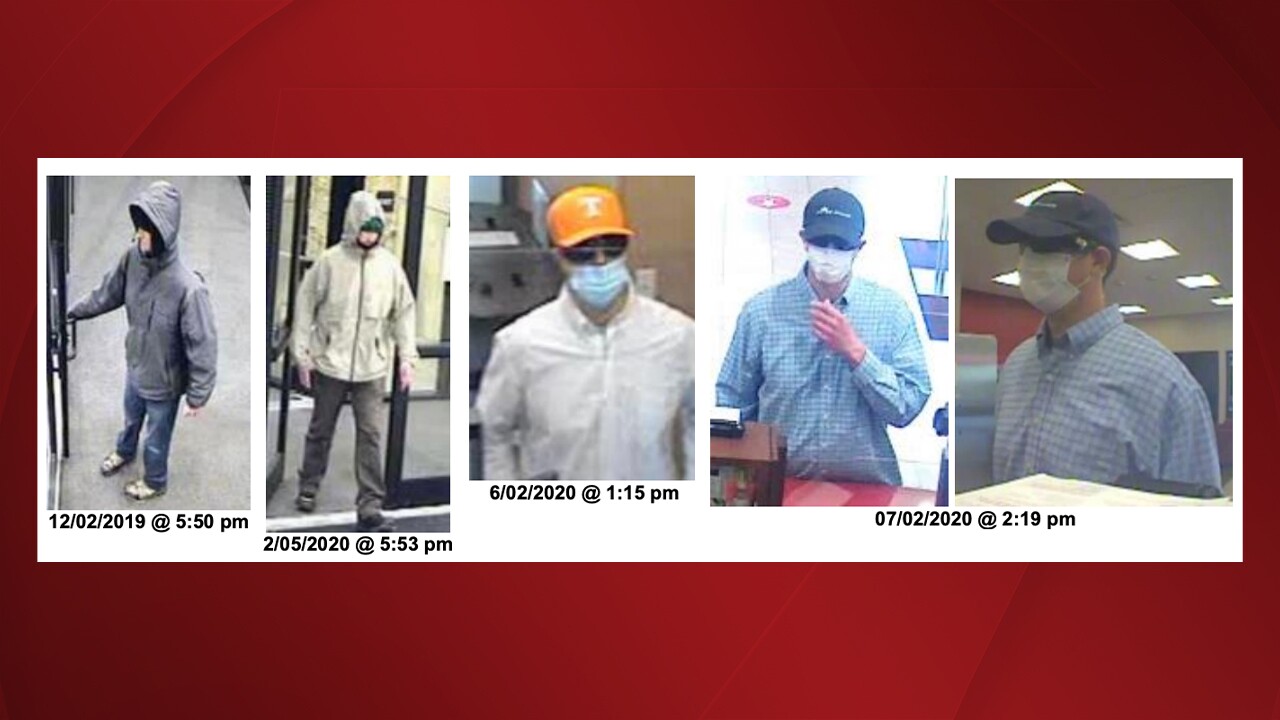 AURORA, Colo. — A man known by authorities as the "Double Dipper Bandit" is accused of robbing two Aurora banks twice and a third bank last week, according to a news release from the FBI.

In each robbery, the man approached a teller, presented a demand note and threatened to pull a weapon, though it's unknown if he had a weapon.

The FBI described the suspect as white, 30-40 years old, about six feet tall and with a thin build. In the most recent robbery, he was wearing a dark-color baseball hat, a white and blue checkered button-up shirt, large sunglasses, and a white mask.

During the June 2, he wore an orange hat with a “T” embroidered on the front of it, a white pin-striped shirt, white surgical-style mask, blue jeans, and hiking boots.