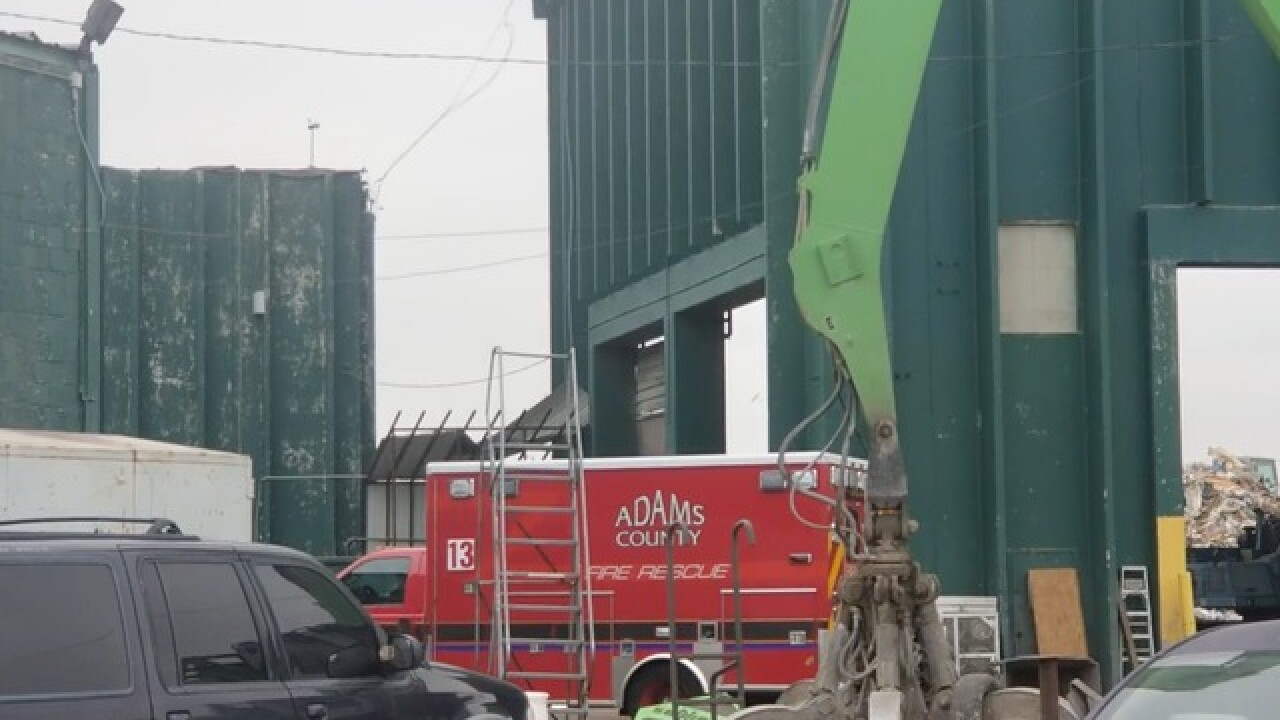 DENVER — A man had to be rescued from a trash pile at a facility in north Denver Thursday morning.

Adams County Fire Rescue (ACFR) arrived at All Recycling North, which is located near 53rd Avenue and Washington Street, at 10:11 a.m. after receiving a report of a man who had become stuck in a trash pile, said Maria Carabajal with ACFR. She said she did not know if he was awake or alert when authorities got him out of the trash pile, of if he was injured in the incident. He was transported to a nearby hospital.

The man had been delivering something to the facility and somehow became stuck in a trash pile there, she said.

Authorities are investigating how that happened.