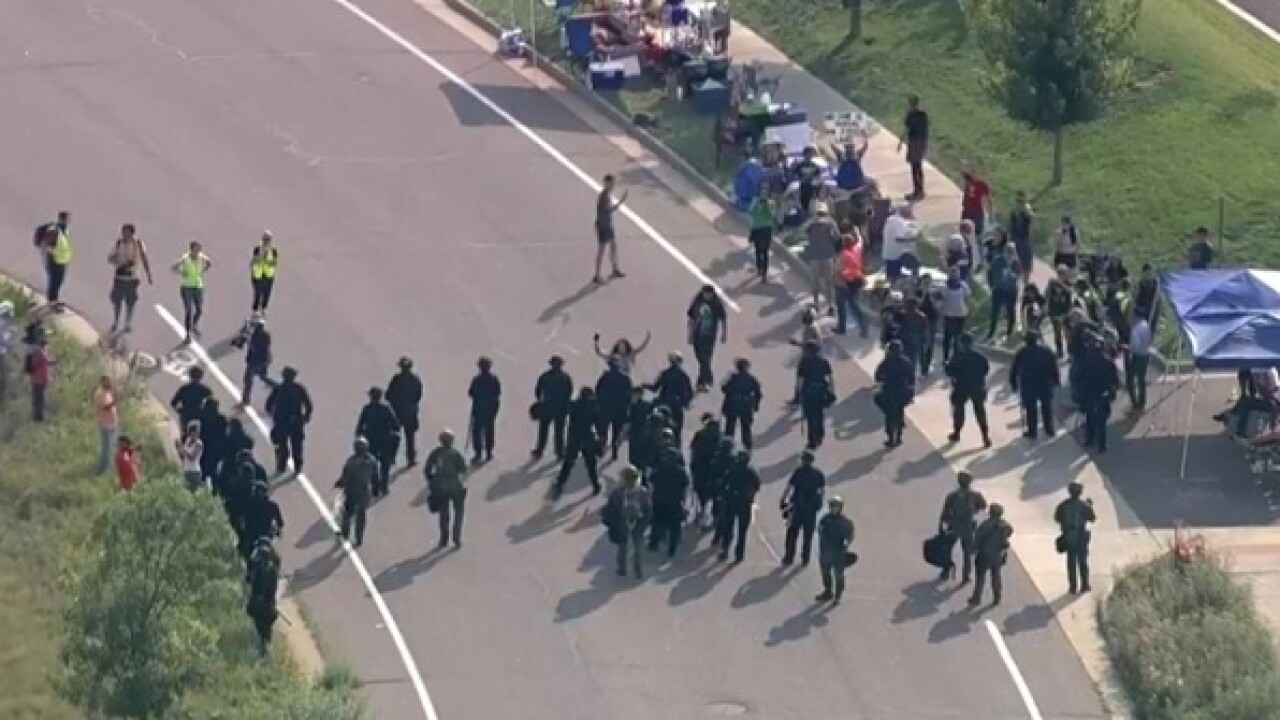 CENTENNIAL, Colo. — Police in riot gear moved in on a group of anti-ICE protesters that have been rallying at the agency's facility near Centennial for at least a week.

Thursday, the group — who call themselves "Abolish Ice" — upped their efforts and began blocking entranceways into the US Immigrations Customs and Enforcement facility, located at 7601 South Peoria Street in unincorporated Arapahoe County.

Protesters, with arms linked inside a PVC pipe, had blankets draped over their heads as police forcibly removed them from the road.

By Thursday evening, Arapahoe County Sheriff's Office spokeswoman Julie Brooks said citations were issued to seven people for blocking the entrance to the ICE facility. One person, who refused to give their name, was arrested by the feds and taken to the Arapahoe County Detention Facility.

If the person had given their name, they would have been issued a citation too, Brooks said.