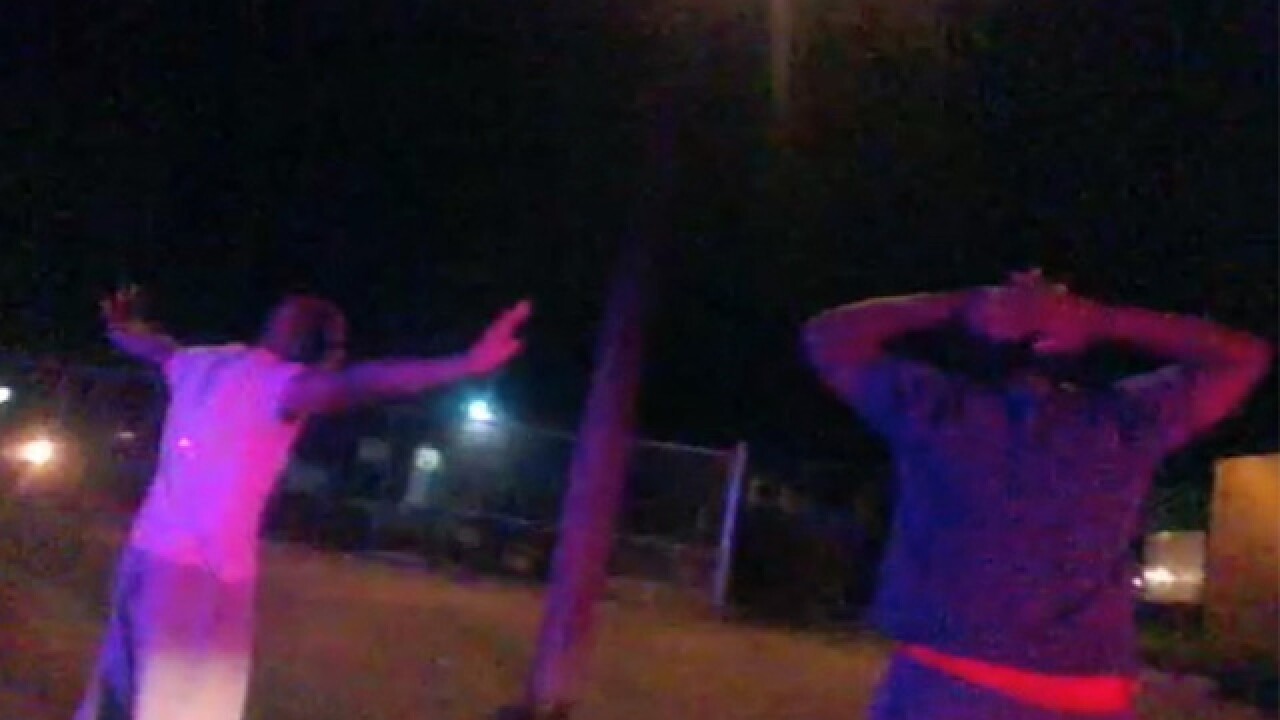 AURORA, Colo. – The city of Aurora will pay $110,000 to a black man who police used a Taser on while detaining him without telling him why last year, the ACLU of Colorado announced Thursday.

The ACLU took up Darsean Kelley’s case and released the police body camera video of his arrest last September.

The incident in question happened on Feb. 19, 2016. According to the ACLU, Kelley and his cousin were walking along 14th Avenue when police stopped them.

Officers had received a call about a black male pointing a gun at a 6-year-old girl at a nearby apartment complex, but had little other description, according to the ACLU.

The responding officers reportedly never told Kelley why he was being stopped and detained despite him asking several times.

The body camera video showed him complying with police orders before telling them, “I know my rights.”

But an officer used his Taser on Kelley, who was incapacitated by it.

Police arrested him and charged him with disorderly conduct. He bonded out after three days in jail, and ACLU lawyers were able to get the charge dismissed by arguing Kelley was unlawfully detained.

The Aurora Police Department’s Internal Review Board didn’t find that officers had used excessive force in the arrest, and said the incident didn't warrant “further investigation."

“That the Aurora Police Department reviewed this incident and gave it a departmental stamp of approval shows the Department is incapable of policing itself,” said ACLU Staff Attorney Rebecca T. Wallace, who led the settlement negotiation for ACLU of Colorado.  “If what happened to Darsean Kelley is business as usual for the Aurora Police Department – as their own review board found – then Aurora taxpayers can expect to continue to foot the bill while black and brown men suffer at the hands of police.”

ACLU of Colorado Legal Director Mark Silverstein said he was pleased with Aurora’s work with the ACLU on the case, but said the police department needs change.

“The ACLU commends the City of Aurora for its willingness to come to the table in good faith to find a resolution that is fair to Mr. Kelley and beneficial for taxpayers of the city,” Silverstein said in a statement. “However, the decision of the Aurora City Attorney’s Office to fairly and promptly resolve this matter stands in stark contrast to the actions of the Aurora Police Department, which at every turn has refused to acknowledge any wrongdoing or need for policy change even in the face of public outrage and irrefutable video evidence of misconduct.”

He also called for more citizen oversight on the department.

“The Aurora Police Department has no written policy whatsoever explaining when police can and cannot fire their tasers.  And the Department desperately needs truly independent citizen oversight to hold the police accountable for wrongdoing.”

Aurora City Attorney Mike Hyman said in a statement that it settled so it wouldn’t have to spend even more taxpayer money on a court case.

“We disagree with the ACLU’s characterization of the events in this case and their unwarranted attack against the Aurora Police Department,” Hyman said. “This case was settled for the reason that many cases are settled – to avoid the cost of prolonged litigation. That cost would have far exceeded the value of the settlement.”