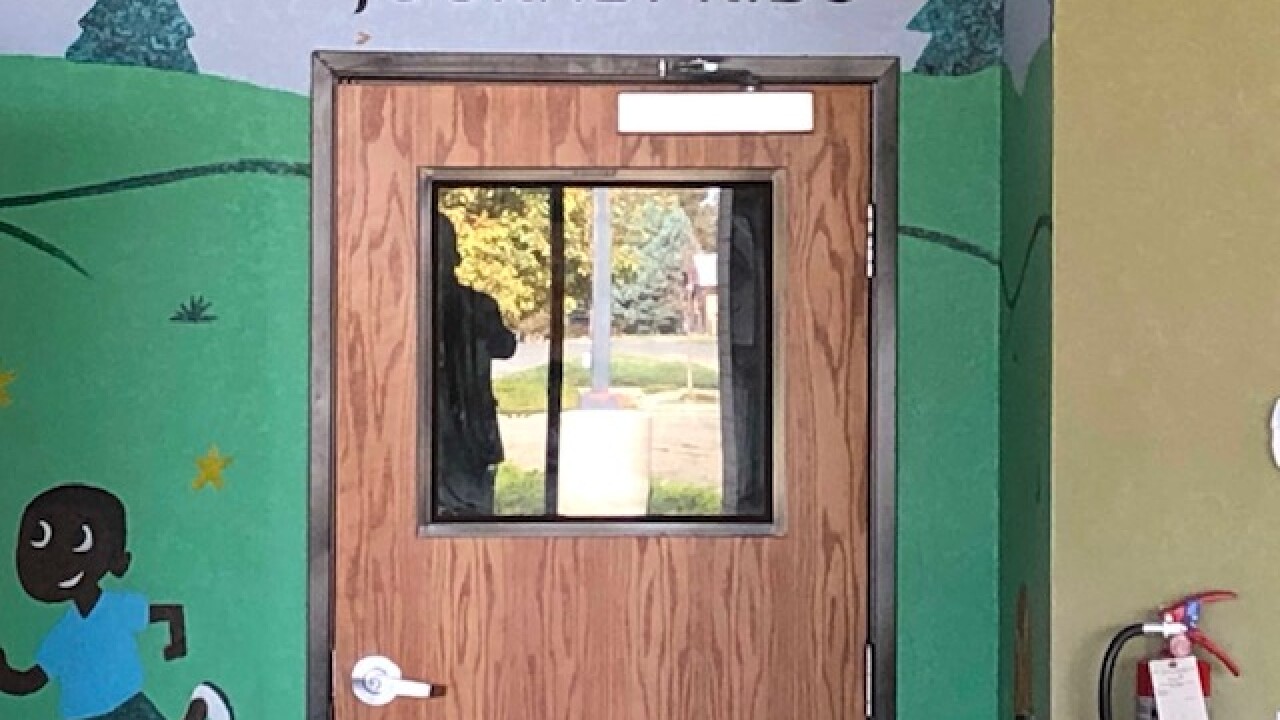 AURORA, Colo. — One of Aurora's newest charter schools could face the loss of its charter if it doesn't come up with a solid financial viability plan this week.

Aurora Public Schools notified the Aurora Community School, on Oct. 3, that it was in breach of its contract regarding viability, based on under-enrollment.

The charter school, which meets at Restoration Christian Fellowship Church near E. 6th Avenue and Chambers Road, is closed this week for fall break. Classes resume on Tuesday, Oct. 22.

A person close to the situation, who requested anonymity, told Denver7 that administration asked staff earlier this month to go door to door in the neighborhoods near the school, and to work in grocery store parking lots to try to get parents to enroll their kids in the school.

"It was not right to have staff go out knocking on doors, bothering families on Sundays or Saturdays to get their child enrolled," the person said. "Who wants to move their child in the first or second week of October out of a school they've been attending since August?"

ACS blames the enrollment issue on an unfinished school building.

In a statement to Denver7, a spokeswoman said, “Aurora Community School has demonstrated that our innovative 'community school' model is a strong fit for students in Aurora. Some short-term facility challenges have resulted in us enrolling fewer students than originally forecast, but we expect those will be resolved when we move into our permanent facility next month. We have and will present to Aurora Public Schools a formal plan to ensure that we remain financially viable this year and well into the future. None of the elements in the plan will negatively impact the educational experience of our students. We look forward to continuing to partner with Aurora Public Schools to deliver a high-quality, innovative education that meets the needs of students in our community.”

The district gave ACS 14 days to fix the contract breach, or to come up with a plan to do so.

If the new financial viability plan doesn't pass muster, "the district may take action up to and including revoking the charter," the district said in a statement.

The person close to the situation also told Denver7 that they were concerned about security.

"I think doors need to be locked at all times, so that parents can be assured their children are safe," the person said.

They also said the principal has great ideas, "but there needs to be more transparency."

"If you're not transparent, then we're not going to believe what you say," they said.

The person said several staff members were recently laid off because of enrollment-related financial issues.

"Several staff members packed up their lives to come and work at Aurora Community School," the person said. "They were in that first round to be let go, and there was no family here, no one to support them."