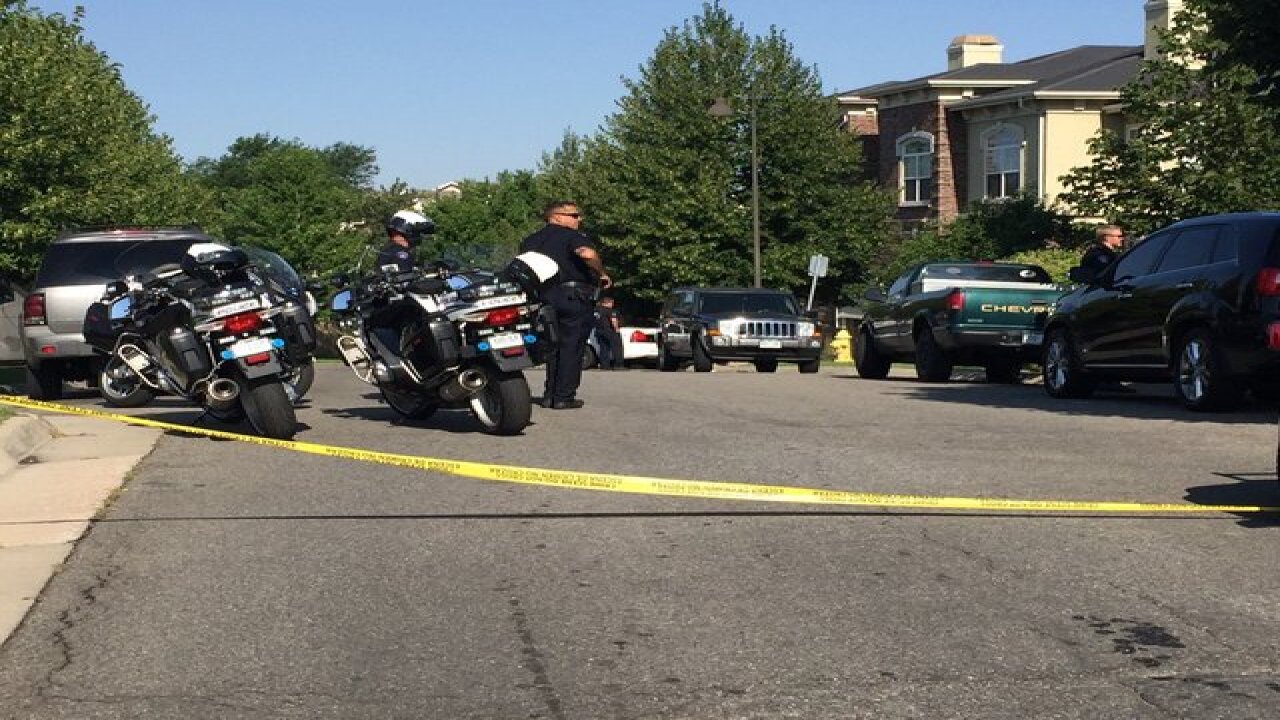 AURORA, Colo. – Gunfire erupted outside the Wells Fargo Bank at South Sable and East Tennessee Monday morning, as a would-be thief tried to rob a Brinks truck driver who was servicing the bank’s ATM.

“It was like boom, boom, boom,” said one witness who heard the exchange of gunfire between the suspect and the armored truck driver.

Police say the would-be thief was injured during the exchange, at 7:45 a.m.

He ran toward a nearby apartment complex and tried to make contact with a tenant who had just exited her car and was walking toward her apartment.

“I just felt like someone was behind me,” said Amber Galusha, “so I turned around and there was a man in a long white (lab) coat.  He had blood all over his left side.”

Galusha told Denver7 that the man asked her for help.

“I looked at his other hand,” she said, “and there appeared to be, it looked like a knife, but he was hiding it, so I couldn’t get a full visual.”

She said that’s when she put her hand up and said he needed to stay away from her.

“He goes, ‘No, come here.’ And I said, ‘No.’ So I started walking toward my apartment and then that’s when he started chasing after me,” Galusha said.

The tenant said she ran up the stairs to her second floor apartment, but was so nervous she couldn’t get her key in the door.

“I started pounding on the door,” she said. “My friend let me in.”

After shutting and locking the door, Galusha said she called 911, but was so out of breath she couldn’t talk.

“My friend had to talk for me,” she said.

Galusha said her mom theorizes the suspect may have been looking for a hostage.

“She said, ‘He probably just robbed a bank. He has a knife.  He’s bleeding.  He’s telling you to come here.  He’s chasing you.  Some people just go into that desperate mindset,’” Galusha told Denver7.

They say they want to let the armored truck driver identify him as the gunman first.

FBI Safe Streets Task Force spokeswoman Deborah Sherman said the suspect was taken to a nearby hospital and is being treated for non-life threatening injuries.

Sherman is asking anyone who saw anything related to the robbery or getaway to contact the TIP LINE at 720-913-7867.

She said the suspect will likely face state or federal charges.

Ofc have located 1 suspect in the area of S. Cimarron Wy & S. Sable Blvd. For safety avoid the area. https://t.co/kIAeDIpbgZ

Possible suspect in Aurora armed robbery being taken in the custody.@DenverChannel pic.twitter.com/55jYBYTct5

Police said they rushed the suspect to the hospital with non-life threatening injuries.

Robbery of the Wells Fargo at Sable and Tennessee in Aurora. APD says they have found a suspect nearby pic.twitter.com/k1W6RNEral