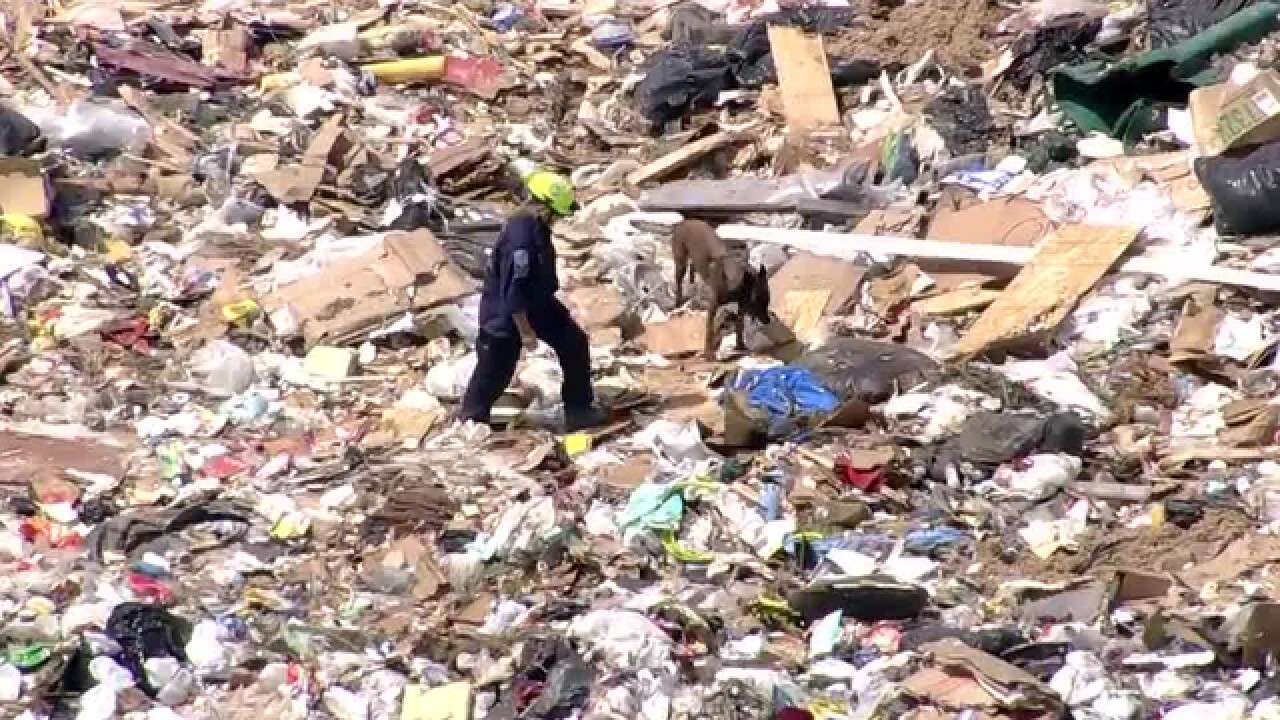 AURORA, Colo. — Authorities are searching for a possible body in the Denver Arapahoe Disposal Site Landfill after police found a large amount of human blood near a dumpster Monday, according to the Denver Post .

The blood was found around 9 a.m. Monday on the west-side ally of the Del Mar Apartments, Aurora police said. Authorities started searching the dump, which is located at 3500 S. Gun Club Road in Aurora, Tuesday morning.

Ken Forrest with the Aurora Police Department told Denver7 that Monday’s investigation confirmed that the blood was human, and that it was a suspicious occurrence. But he could not confirm if there was a definite body involved.

The blood apparently seeped through the cracks in the dumpster, forming a large pool in a tray underneath, according to the Denver Post.

The Aurora Police Department is asking the public to contact its tip line at 303-739-6400 if they have a friend, family member, associate or co-worker who lives in the area of Del Mar Circle who they have been unable to get in contact with. Anyone with information on this incident is encouraged to call that phone number.