Aurora police: Officer who was depicted in photograph at site of Elijah McClain's arrest has resigned 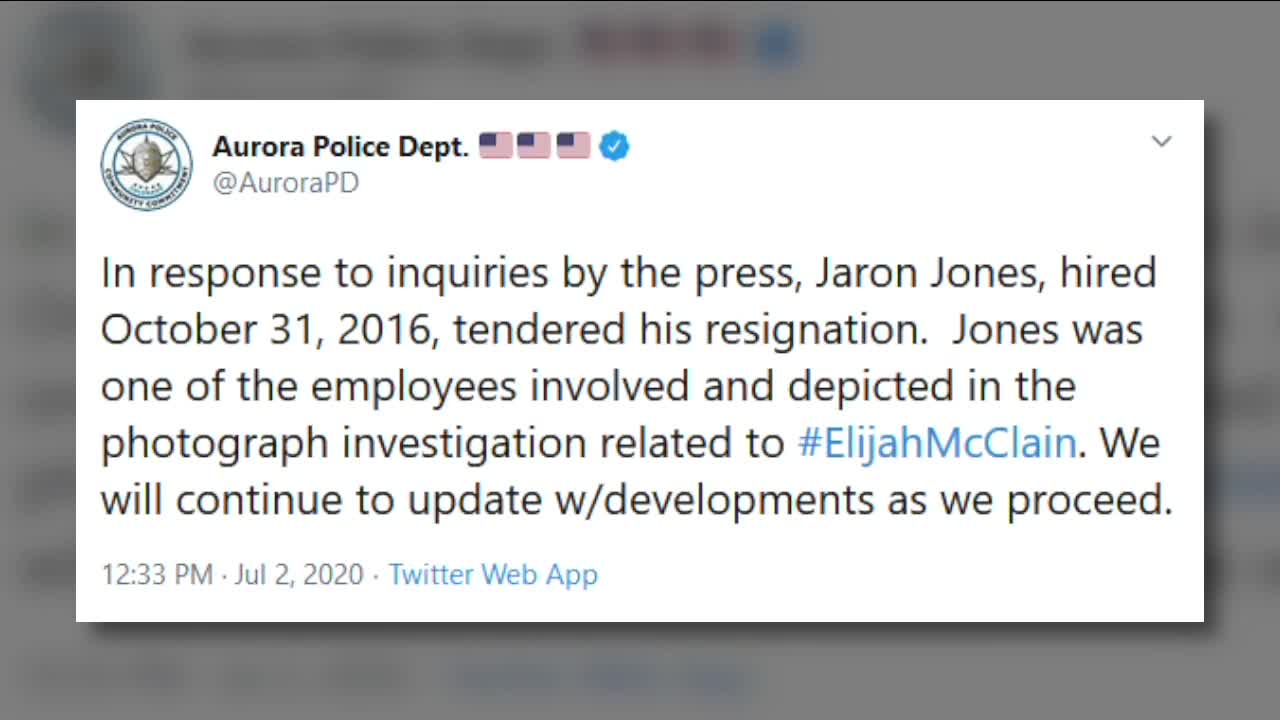 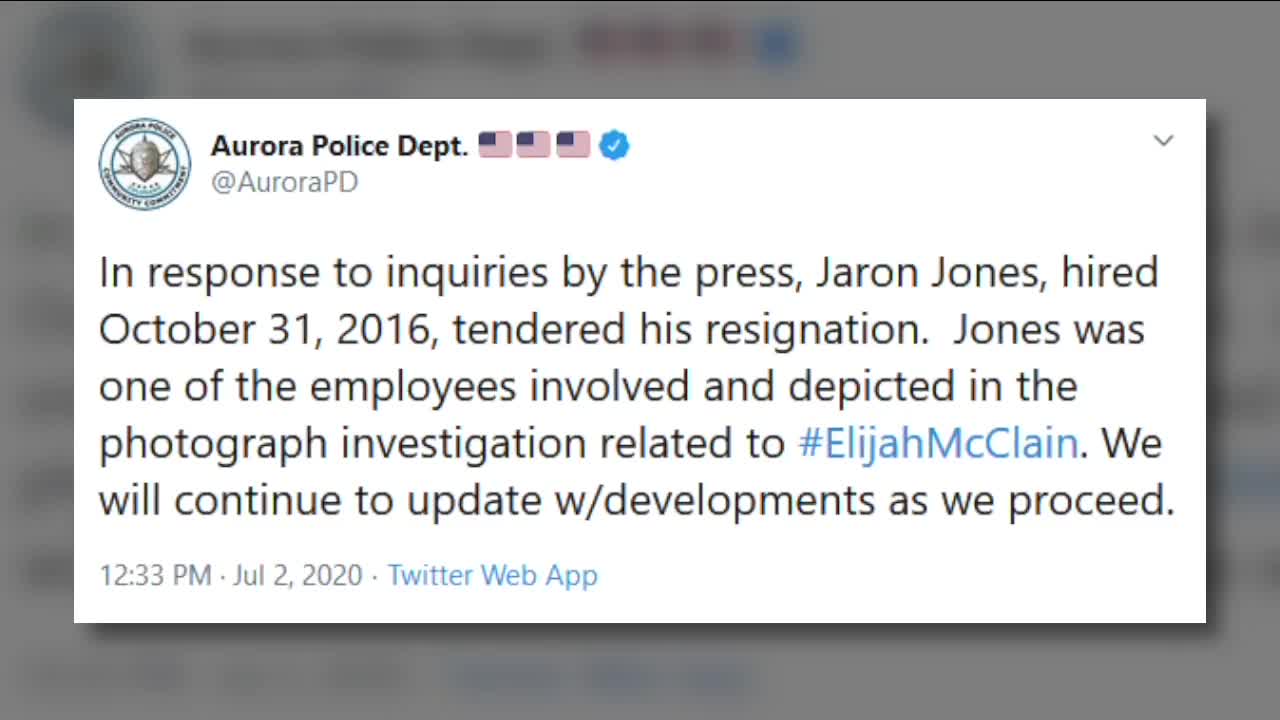 AURORA, Colo. — One of the Aurora police officers involved in a photograph taken at the site where Elijah McClain was arrested by police in 2019 resigned from the police force.

The Aurora Police Department announced Thursday afternoon that Officer Jaron Jones, who was hired on Oct. 31, 2016, had offered his resignation. The department said Jones was no longer employed there on Thursday.

Jones was one of the three officers who was shown in a photograph taken in October 2019 at the site where officers had approached and arrested 23-year-old McClain. In the photo, the trio were mimicking the carotid hold in which McClain was placed in before he died. Two sources told Denver7 on Tuesday that the photograph was sent in a group text among officers in 2019.

Aurora police spokesperson Crystal McCoy said Jones submitted his resignation on Tuesday before he was handed down his discipline by the chief. A city official told Denver7 Thursday afternoon, reiterating what sources said earlier in the week, that the discipline was handed down to the other two officers on Tuesday. The official said the officers were given three days to respond to the discipline and that officers are typically given a choice to resign during that process.

The city charter mandates that the department cannot release details about the investigation or the documents involved until the end of a 72-hour window, which would end Friday afternoon, McCoy said. The city is expected to announce the details of the investigation and punishments on Friday, sources said.

On Tuesday, Aurora police spokesperson Officer Matthew Longshore said the photos were reported to the department by an Aurora officer.

On Aug. 24, 2019, an Aurora officer placed McClain in a carotid hold, which limits blood flow to the brain after stopping him while he was walking home. When he became unresponsive, paramedics administered ketamine, according to police. McClain had a heart attack and died six days later, according to an autopsy, though that report found that McClain’s cause of death was “undetermined.”

McClain was originally stopped by police because they were searching for a suspicious person.

After the photo of the officers surfaced, three APD officers, including Jones, were placed on administrative leave pending an investigation into the photo.

The U.S. Attorney’s Office for the District of Colorado, the U.S. Department of Justice’s Civil Rights Division, and the Federal Bureau of Investigation’s Denver Division confirmed earlier this week they were investigating McClain’s case as well as the reports about the photograph that Jones resigned over.

The calls for an external review into this case have been ongoing since McClain's death in August 2019, but it grabbed national attention recently as another case of a Black person's death after an interaction with police.

The carotid hold has since been banned by the Aurora Police Department.