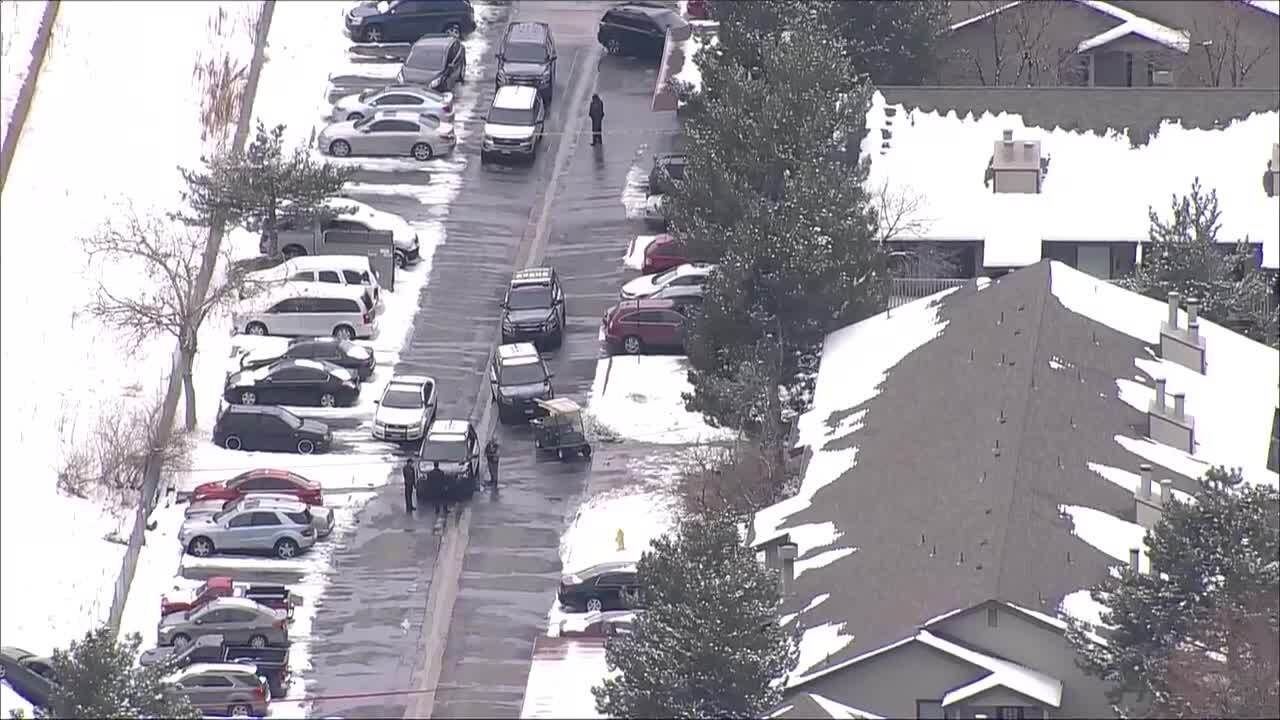 AURORA, Colo. — Of the four males who were hospitalized following a shooting in Aurora Monday morning, two have been discharged and arrested, and a third will be charged with attempted murder after he is released, police said Wednesday.

Officer Matthew Longshore with the Aurora Police Department said officers responded to a 911 call around 10:50 a.m. about a man shot along the 300 block of N. Potomac Circle. When Aurora police arrived to the area, they found the injured man. They applied a tourniquet and he was transported to a hospital in serious condition, Longshore said.

Police were able to gather descriptions of other people who had been involved in the shooting and had fled from the scene, he said. The responding officers radioed other on-duty officers to let them know.

Police noticed two males that matched the descriptions near E. 2nd Place and N. Potomac Street, Longshore said. They approached the males and detained them. Both males were armed, Longshore said. As they talked, police noticed that one of them had a gunshot wound and the other "was suffering from a different health issue," Longshore said. Both were transported to a hospital in non-critical condition.

As officers continued to search the area, they found another male inside a black vehicle along the 300 block of N. Potomac Circle. He had also been shot, Longshore said. He was rushed to the hospital in "extremely serious condition," he said. He was still in the hospital as of 11 a.m. Wednesday. Longshore said this male is 17 years old. On Monday, he said the other three males are 19 years old.

Two of the four males have been released from the hospital. The other male who remains in the hospital is still in serious condition, but his injuries are not life-threatening, Longshore said.

Anybody with information or video of the crime, is asked to contact Agent Randy Hansen with Aurora's Major Crimes Homicide Unit at 303-739-6710. Tipsters can also call Metro Denver Crime Stoppers at 720-913-7867. Tipsters can remain anonymous and are eligible for a reward of up to $2,000.