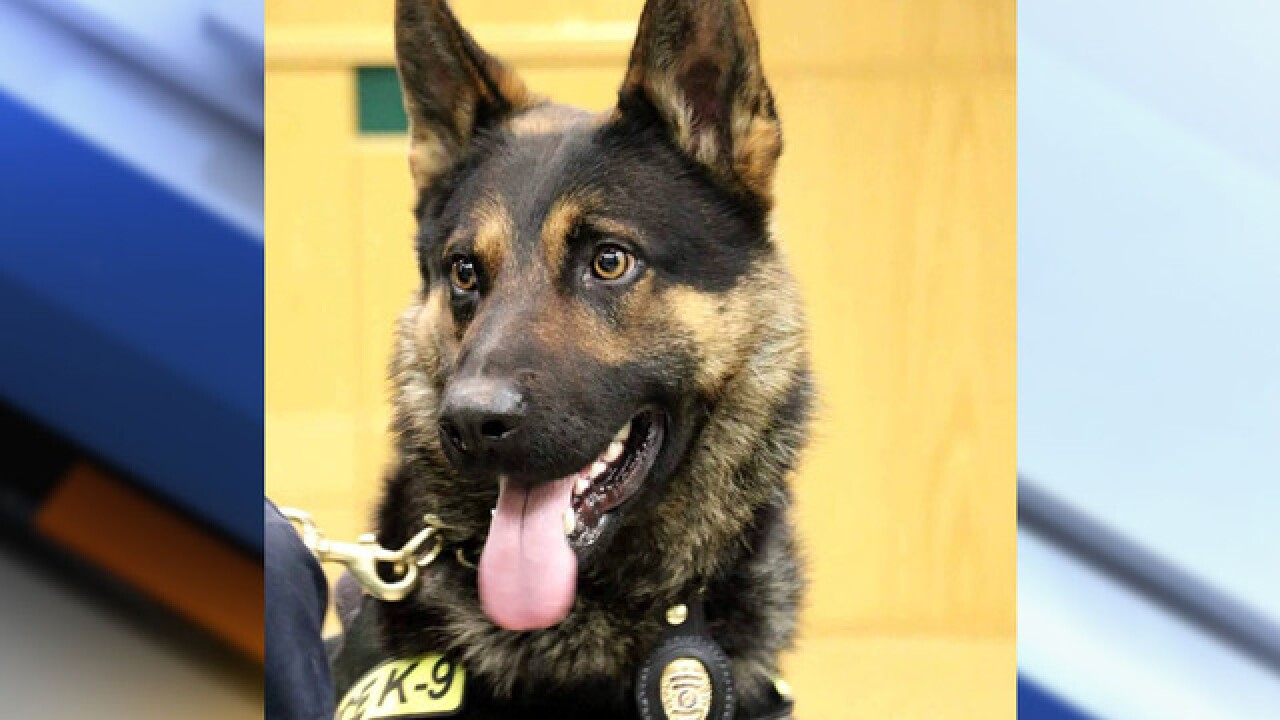 AURORA, Colo. -- Deuce the Aurora Police Department K-9 upholds his duty to serve and protect, soon he will get a little extra protection. The K-9 officer will be equipped with body armor, including a bullet and stab protective vest.

"It’s very important for our K-9 officers to be protected and taken care of. We appreciate the donations from those in the community," said Diana Cooley, Aurora Police Department spokeswoman.

He writes, "We live in a time when on a daily basis our Men and Women in Blue and their Canine Partners are under a constant threat both foreign and domestic. I do not want to think of a society without them."

An organization called Vested Interest in K9s, Inc. also made a charitable donation.

Each vest is worth between $1,795 – $2,234 and weighs about four to five pounds. Deuce is expected to get his new gear within the next two months.