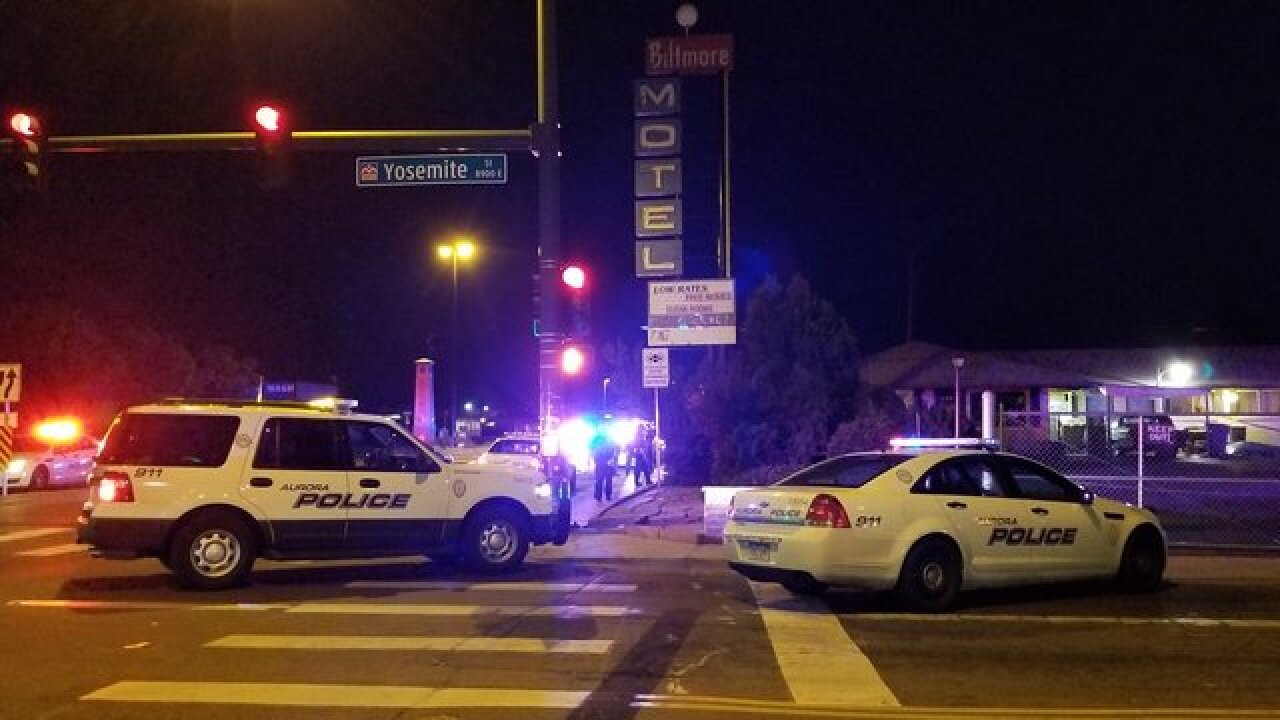 Copyright 2018 Scripps Media, Inc. All rights reserved. This material may not be published, broadcast, rewritten, or redistributed.
<p>Scene of officer-involved shooting at Biltmore Motel at E. Colfax & Yosemite in Aurora.</p>

The shooting happened around 12:30 a.m. after officers responded to a report of shots being fired in that area. They had been investigating another scene nearby when they heard gunshots. Witnesses told officers there was a man firing a gun and officers spotted a person matching the description and attempted to stop him.

Officers chased the adult man into the parking lot of the Biltmore Motel.

@AuroraPD on scene at Yosemite and Colfax , Biltmore Motel, with an Officer involved shooting. No injures to officers. Unknown on condition of suspect. More info as we get it. @DenverChannel pic.twitter.com/3hmLLT8GQi

"I can say there is a weapon recovered at the scene here, I cannot go into details of that, because we still need to gather statements from the officers involved," said officer Bill Hummel, spokesperson with Aurora Police Department.

The weapon did not belong to the officers, Hummel said.

Three officers were involved in the incident but only one fired shots. An APD spokesperson said the officer who shot the man is 30 years old and a three-year veteran of the department. The officer has been placed on standard administrative leave during the investigation.

Anyone who witnessed the shooting is asked to contact Detective Nick Huber with the Major Crimes/Homicide Unit at (303) 739-6090.