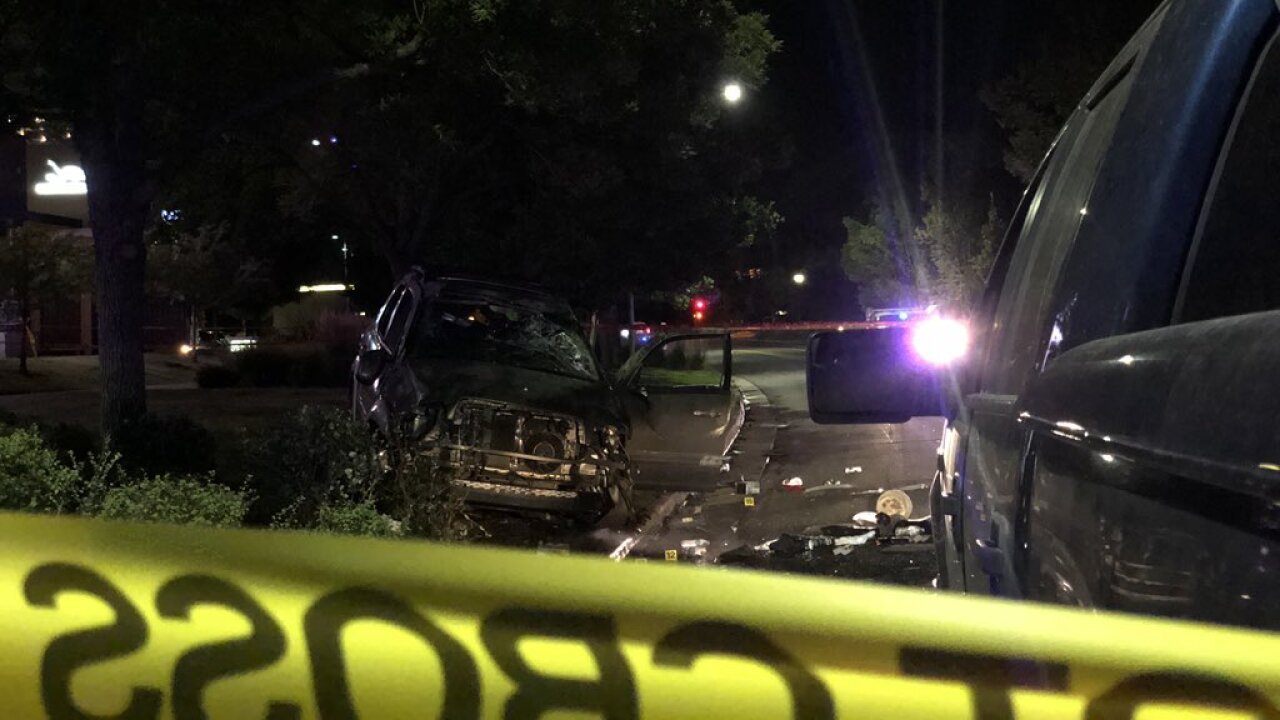 Officers with the Aurora Police Department investigated an armed robbery along the 10900 block of E. Exposition Avenue on Monday night, which led to a vehicle chase, Aurora police said. The suspects led police through Denver.

The suspect vehicle eventually crashed and rolled over in Glendale at Cherry Creek S. Drive and S. Colorado Boulevard.

Moises Bernardo Garcia, 18, Henry Valente-Alvarez, 19, Alonzo Kennedy, 19, and a juvenile male were arrested. They all face multiple charges in connection to this case, including aggravated robbery, police said.