Aurora police didn't identify themselves before shooting man at his home, attorney says 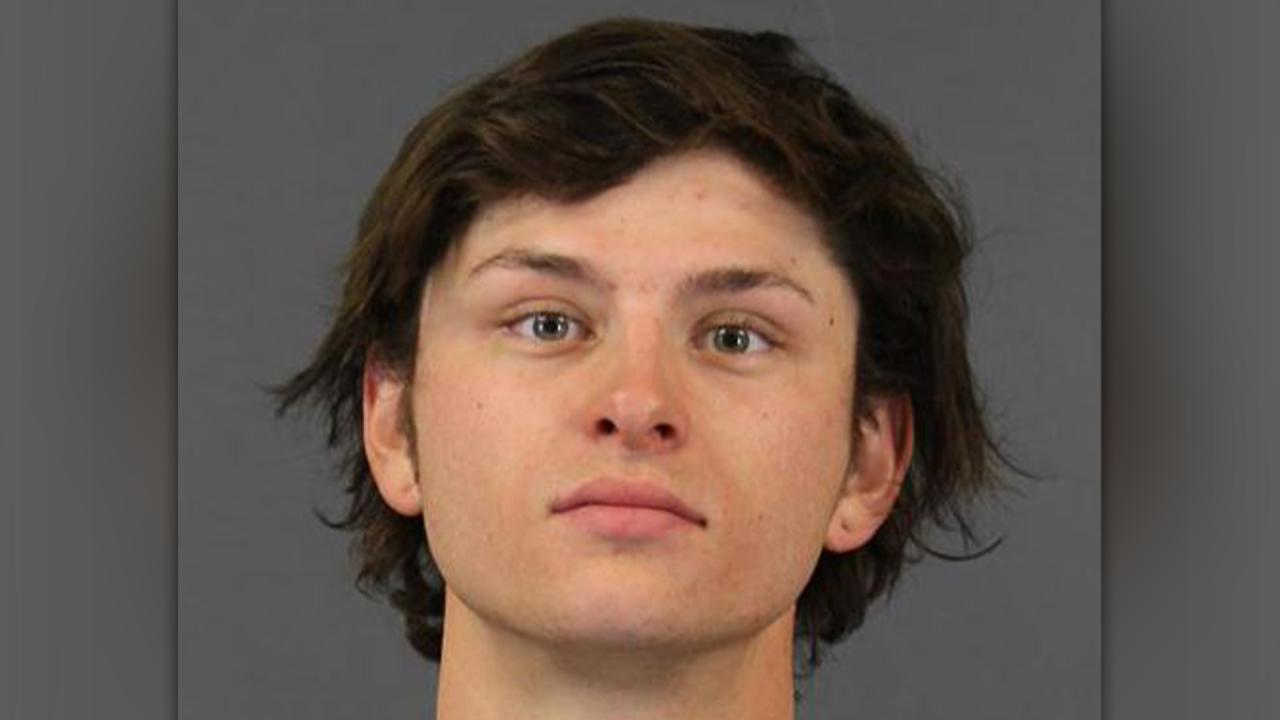 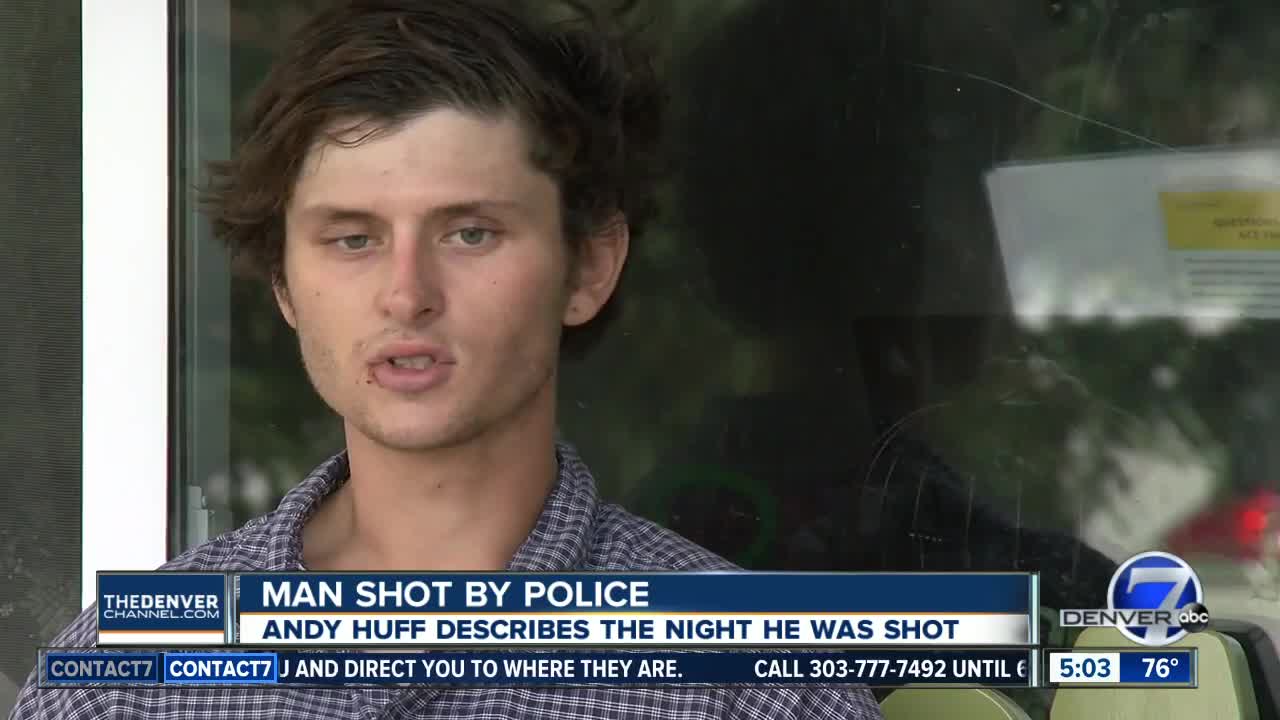 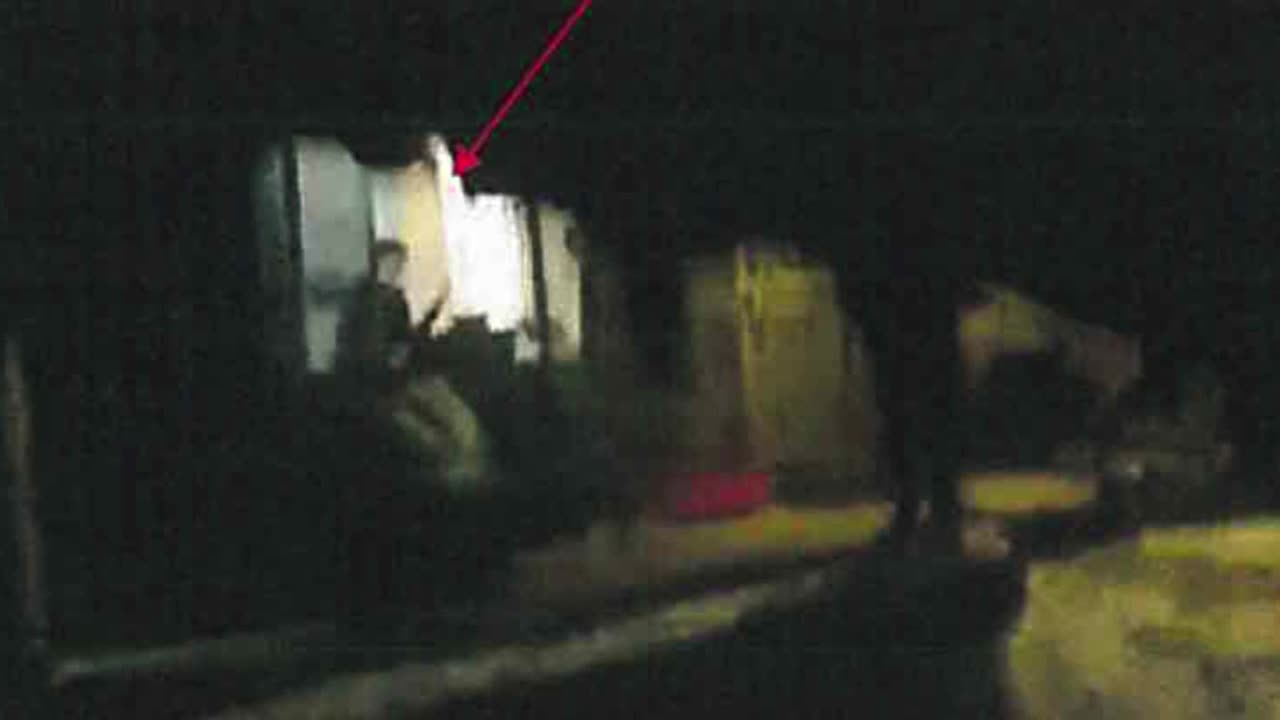 AURORA, Colo. – The man who was shot by Aurora police at his home last week said officers did not identify themselves before shooting him through his window.

"I couldn’t tell they were cops at all," said Andrew Huff, who was shot in the buttocks and hospitalized. "I could clearly see five people. They were all in black, They didn’t look like cops. They look like they saw me and they looked like they were coming to beat me up."

Huff, 22, who is now released from the hospital, spoke with Denver7 on Thursday, corroborating the claims made by his family and his attorney earlier this week.

Police, in a probable cause affidavit and a statement Wednesday, have said officers waved at Andrew Huff from outside of the home and were "certain" he recognized them as police, and said that one officer knocked on Huff's door before the shooting.

But neither the affidavit nor the statement mentioned that officers verbally identified themselves to Huff.

"They had an opportunity to identify themselves when he was walking up to his house," said Huff's attorney, Birk Baumgartner. "They didn’t do that."

Leah Freeman, Huff's partner, said all the family saw "were people in black with guns outside of our house, in our lawn and we don't know who they are."

"Andy had the right to protect his home," Freeman said. "I was scared it was a drive-by and people wanted to hurt us."

Officer Alexander Ord, who shot Huff, remained on administrative leave this week as police investigated the shooting. The case will be presented to the 18th Judicial District Attorney's office for review, per state law.

Officers were responding to Huff's home in the 1500 block of South Bahama Street after investigating a reported assault of Huff's former roommate, George Gutierrez. Huff was suspected in the assault, the affidavit said.

Police met with Gutierrez about 7 p.m. Thursday. After determining that Huff was a suspect, officers went to his home about early Friday morning, the affidavit said.

Officers arrived and saw Huff standing in the street, near a truck and trailer. An officer then saw Huff "immediately" run inside the home an arm himself with a shotgun, the affidavit said.

The same officer said she saw Huff through the window of the home, standing in the living room. She waved at Huff, "certain [Huff[ saw her and recognized her as a Police Officer," the affidavit said.

The officer said Huff then "looked to be attempting to remove his jacket and was doing something with his hands, which were out of her view," the affidavit said.

When Huff disappeared from her view, she went to knock on the front door of the home. As she knocked, she heard another officer yell something and then fire several shots from his handgun, the affidavit said.

Police released a picture from an officer's body camera of Huff holding what appears to be a gun in the window.

Huff was taken to a hospital after the shooting. He faces charges of felony and misdemeanor assault and felony menacing in the allegations made by Gutierrez, police said.

"We were on high alert"

Huff's brother and attorney said he didn't know police were outside his home and that the brothers were on "high alert" after alleged threats from Gutierrez.

George Huff told Denver7 that his brother found his car missing earlier Thursday. Gutierrez came back with the car about noon that day, and the three men started to fight, George Huff said.

Andrew Huff admitted he was fearful of retaliation from the fight that happened earlier in the day. He ran inside his home and grabbed his shotgun. He said police never identified themselves.

"I went to look out my window again," Huff said. "I looked out the window, then someone jumps over here then starts shooting. They said 'freeze' one time but they were already shooting."

"We didn't know it was cops"

Freeman said she was waiting for Huff to come to bed when he came upstairs and said there were people outside. Shortly after that, the shooting happened.

George Huff said he found his brother, known by family as "Andy," laying in a pool of blood.

"He said, 'There's guys outside with guns. I don't know what's going on,'" George Huff said. "But he kept telling me to 'get down, get down.'"

"We didn’t know it was cops still," George Huff said. "I thought it was George coming back. I got the shotgun, I loaded it all myself. I sat there with it loaded and I was thinking that my parents were going to be the first ones to come, or the cops. So, I wasn’t trying to hold the shotgun at the door, so I just waited and waited."

George Huff then opened the door and said the officers identified themselves as police.

"He said that he saw somebody popped out really close to his window and that scared him and that he then turned around to go pick up his phone to call police and that's when he was shot," Baumgartner said. "They spooked Andy and then they got spooked by Andy being spooked."

Baumgartner said he has reached out to the 18th Judicial District Attorney's office, hoping they drop the case. Baumgartner also intends to file a civil lawsuit, he said.