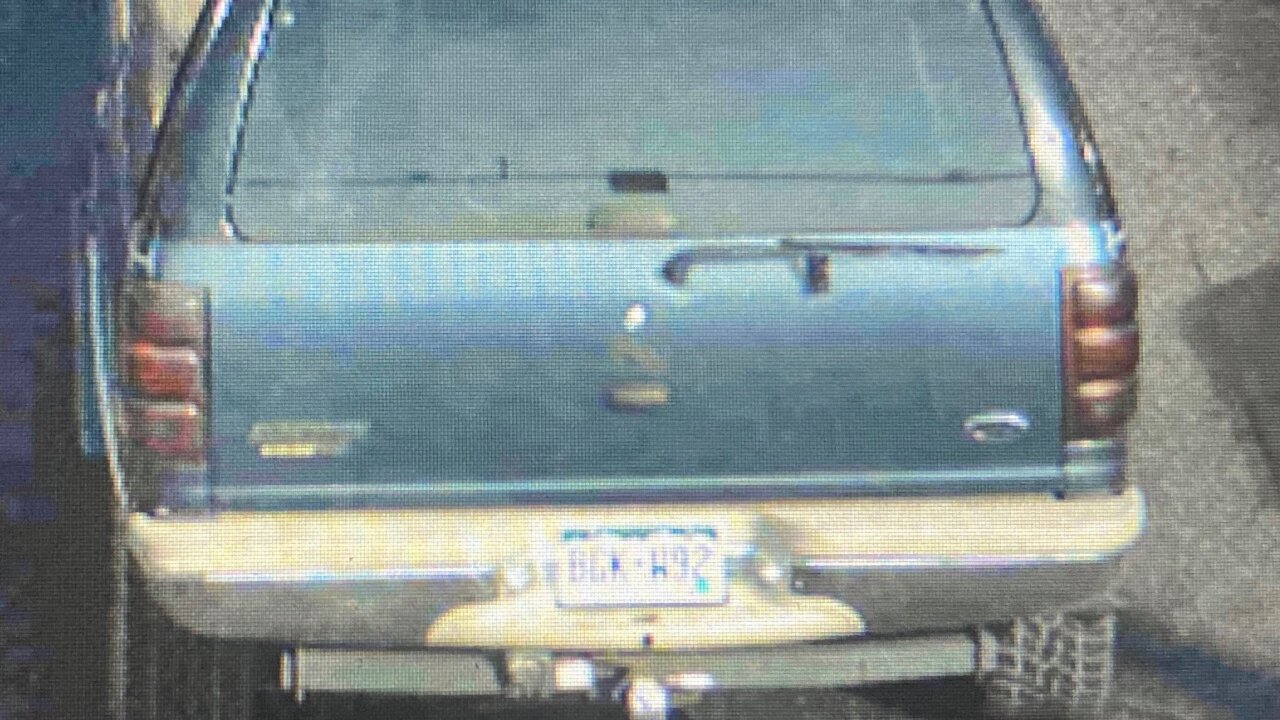 AURORA, Colo. — The Aurora Police Department is looking for the person behind the wheel of an SUV involved in a hit-and-run with an unmarked police car.

The department said the crash involved a 1999 blue Ford Expedition with Colorado license plate BGK-W92. The driver took off from the scene at 6:45 p.m. Thursday and was last seen heading northbound on I-225 from E. 17th Avenue. The officer sustained minor injuries.

The Expedition is registered to an Aurora address, but police said it may have left city limits. If anyone sees the Expedition, call 911. Metro Denver Crime Stoppers is also offering a reward of up to $2,000 for anyone with information that may lead police to the driver or SUV. Anonymous tips can be made by calling (720) 913-7867 or leaving the tip online.