It started as a musical vigil for Elijah McClain but turned to panic as Aurora officers approached. 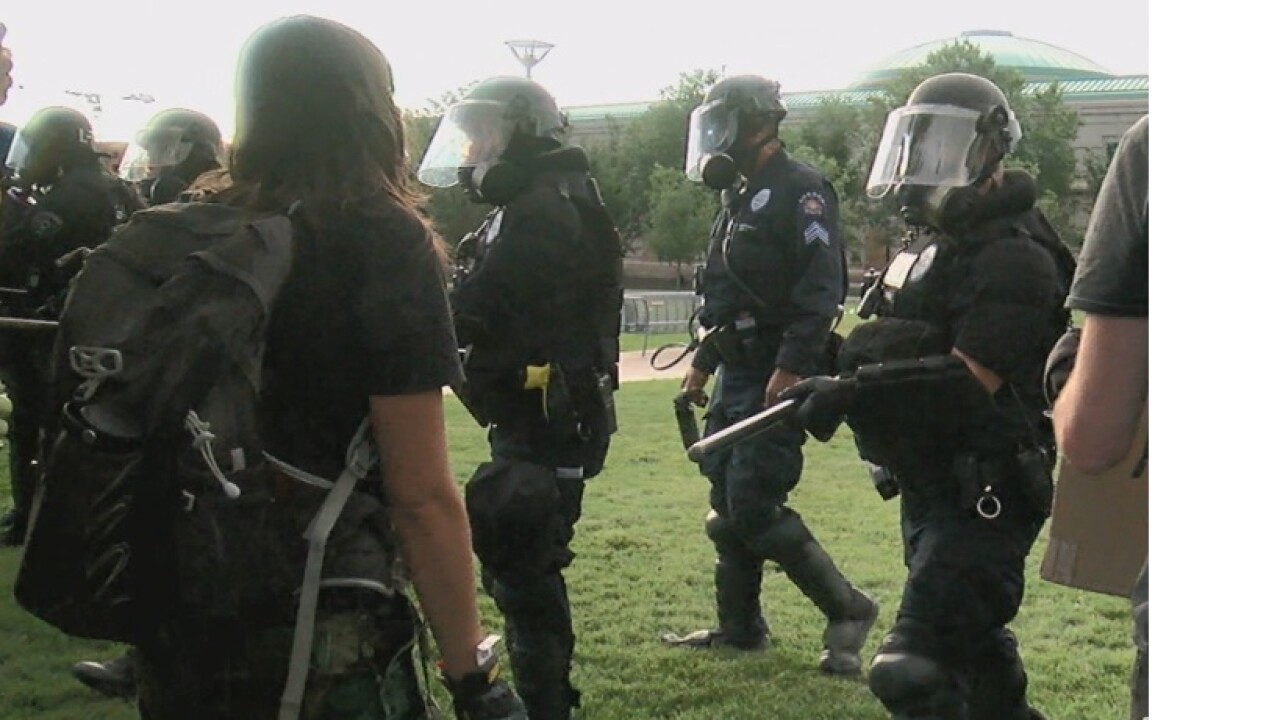 AURORA, Colo. — It started as a musical vigil for Elijah McClain but turned to panic as officers approached.

"Families are there and then two minutes later it’s chaos and terrifying," said protester Lindsey Zapalac.

She said in the moment, it was hard to process but afterward, it made her more angry.

"It was just super disrespectful to the people that were there peacefully just wanting to pay our respects," she said of the police presence.

An Aurora Police Department spokesperson said a small group of people pushed down a fence, started removing the plywood protecting windows, arming themselves with rocks and sticks, throwing water bottles at the officers, and ignoring repeated orders to stay on the other side of the fence.

"These actions endangered the peaceful protestors and the officers," the spokesperson said.

Aurora's Interim Police Chief Vanessa Wilson told Denver7 live on our Saturday 10 p.m. newscast that there was a group wearing helmets, arming themselves with sticks, wearing face shields and goggles.

"All they were trying to do was turn this into a violent encounter with police," she said.