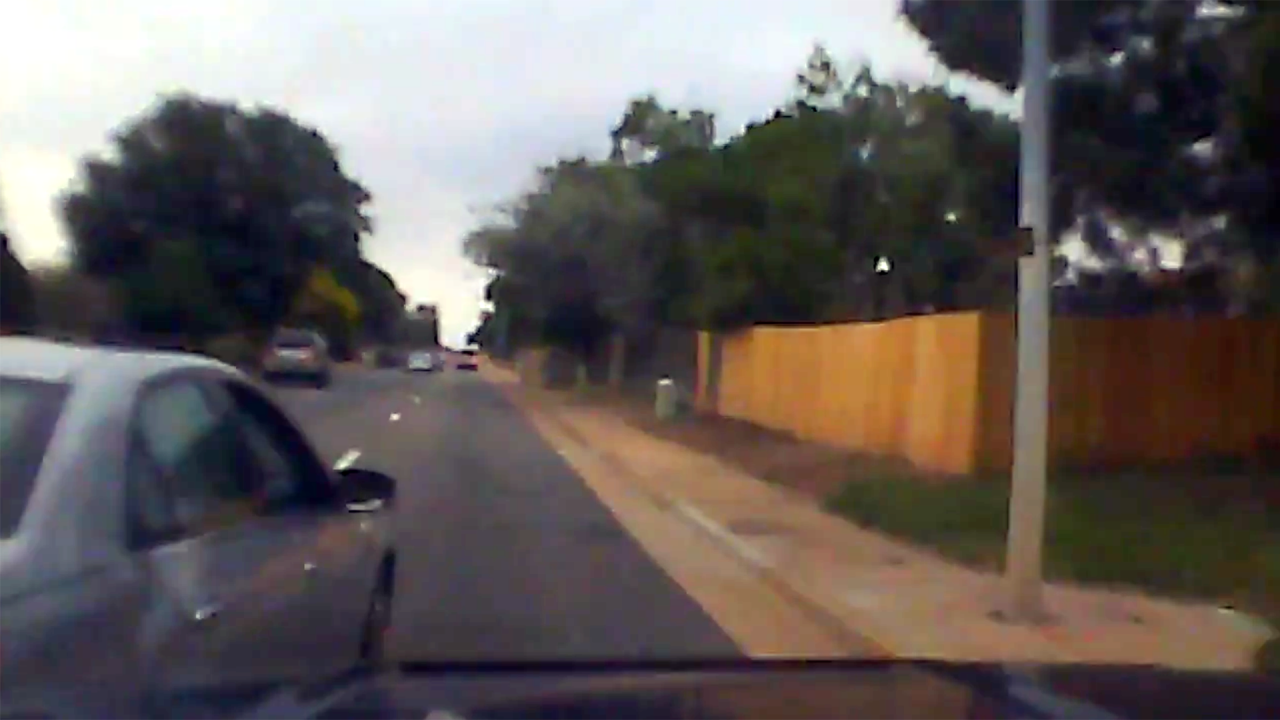 Copyright 2020 Scripps Media, Inc. All rights reserved. This material may not be published, broadcast, rewritten, or redistributed.
Courtesy Aurora Police Department
Police are looking for help in identifying a driver who forced another vehicle off the road Thursday, causing it to crash through two fences and hit a 4-year-old boy.

AURORA, Colo. – Police are looking for help in identifying a driver who forced another vehicle off the road Thursday, causing it to crash through two fences and hit a 5-year-old boy.

The hit-and-run crash happened on East Quincy Avenue at 3:48 p.m. Thursday, and the vehicle that was hit ended up inside a backyard in the 14500 block of East Radcliff Drive, police said.

Dash camera video from the driver who was hit shows a silver four-door sedan come alongside the Ford Explorer and swipe it, forcing it off the road. The Explorer then traveled through two backyards before coming to a stop in front of a shed.

#APDTraffic UPDATE: Please see the dashcam #video of the suspect vehicle, a silver sedan who fled from the scene, causing the crash that led to a 4-year-old being seriously injured in their back yard. Media: You have permission to use this footage. https://t.co/JgeaU1NjND pic.twitter.com/Mo0GNzquIY

Alicia Mestas says her grandson Esteban was hit by the SUV and carried into the neighbor’s yard. He is in the hospital with a fractured skull. His family is praying his neurological tests come back normal.

“To see your grandson laying lifeless on the ground with a big hole in his head doing CPR on him because he wasn’t breathing,” Mestas said “He’s in pain. He has 30 stitches on one gape of a hole and 10 on another one.”

Mestas says Esteban is in good spirits and just had one request from the hospital: Nutella.

“Own up to it and pay for it. You ran away like a coward,” Mestas said.

Police are asking anyone who saw the crash or has information about it to call the Traffic Operations Unit at 303-739-6317 or Metro Denver Crime Stoppers at 720-913-STOP.

Editor's Note: Police originally said the boy was 4 years old, but his family says he is 5 years old.