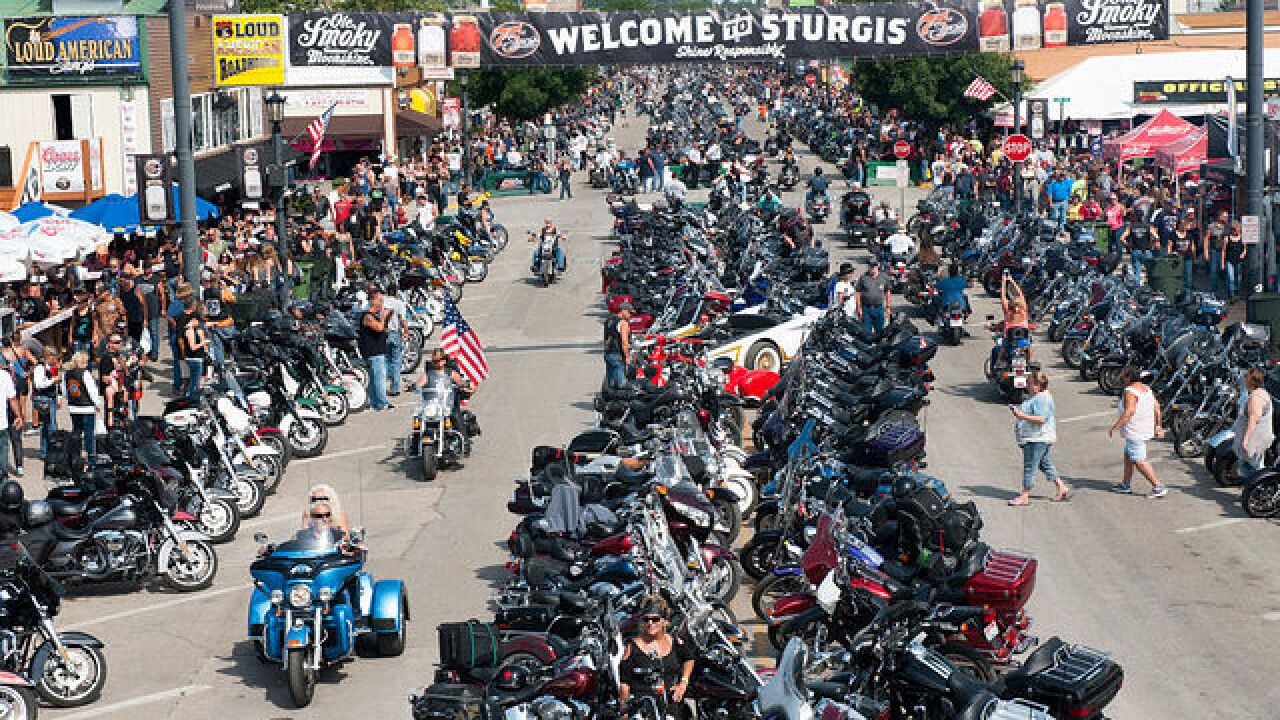 2015 Getty Images
Andrew Cullen
<p>STURGIS, SOUTH DAKOTA - AUGUST 3: Bikers ride down Main Street on the first day of the annual Sturgis Motorcycle Rally August 3, 2015 in Sturgis, South Dakota. This year marks the 75th anniversary of the rally, with crowds of up to 1.2 million people expected. (Photo by Andrew Cullen/Getty Images)</p>

Two other men have died in motorcycle crashes, one Tuesday near Piedmont and one Wednesday near Blackhawk. Neither victim was immediately identified.

The annual event in South Dakota's Black Hills draws hundreds of thousands of people from around the world. This year's rally started last Friday and runs through Sunday.