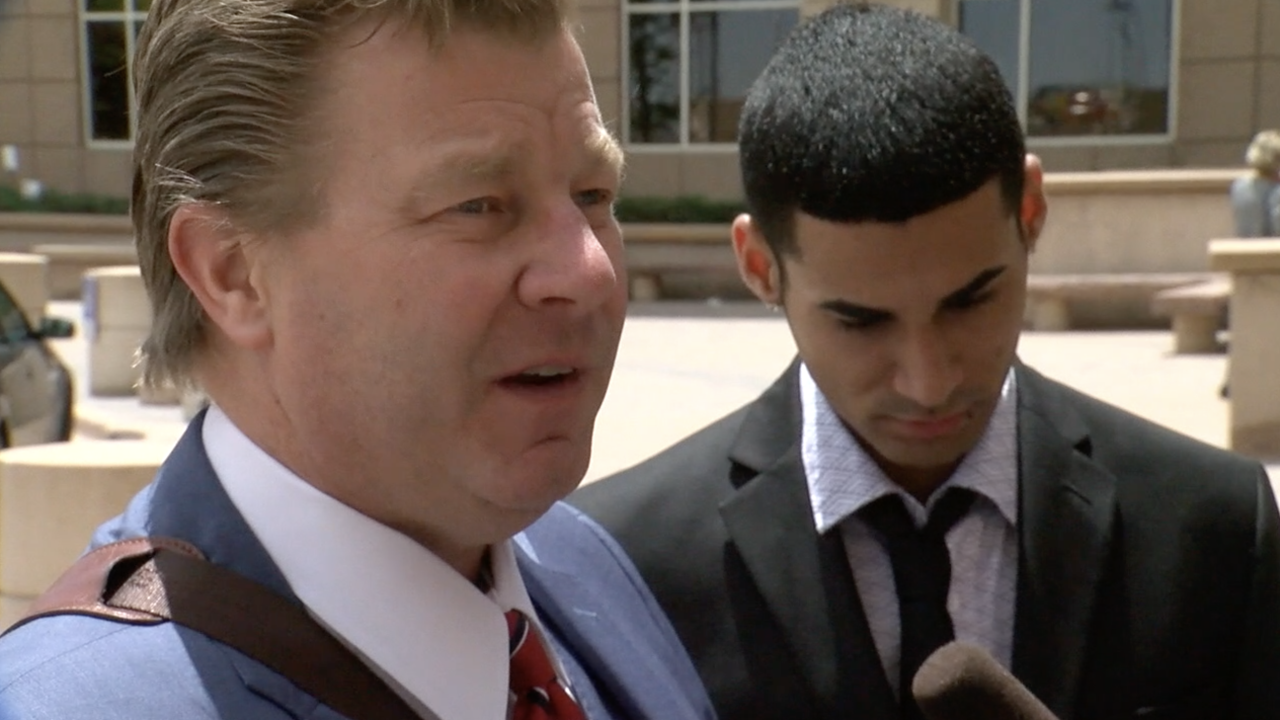 GOLDEN, Colo. – Denver attorney Robert Corry, who is representing the truck driver charged in April's deadly crash on Interstate 70, is now facing possible sanctions in the case over his comments to media after a court appearance this week.

Jefferson County District Court Judge Philip James McNulty on Thursday ordered a hearing to be set on the issue after prosecutors filed a motion to sanction Corry, according to court documents.

Corry told reporters that he and his client, Rogel Aguilera-Mederos, were still hoping to resolve the case without going to trial, and Corry mentioned meeting with families of the victims in the crash, the motion said.

Corry made the comments Tuesday, after Aguilera-Mederos' arraignment in Jefferson County was pushed to Oct. 10.

First Judicial District Attorney Peter Weir in the motion called Corry's statements "manipulative" and a violation of the court's order barring pre- and post-hearing interviews at the courthouse.

"Defense Counsel’s statements were a clear attempt to influence any potential jury pool that would otherwise properly decide this matter based upon admissible evidence," the motion said.

Corry on Friday declined to comment on the issue.

The attorney has faced several legal issues since becoming Aguilera-Mederos' lawyer in April.

He was arrested twice in less than a month over the summer. He was accused in July of threatening people with a saber-style sword near downtown Denver. In June, he was arrested after a bizarre incident at Denver International Airport in which he allegedly took control of a woman's car, saying he was "being chased by 'Arabs' and they had a helicopter." He also allegedly threatened the woman and hit several other cars.

Corry's law license is active, according to the Colorado Supreme Court website. He was suspended for a year in 2007 after pleading guilty to misdemeanor assault, online records show.

Aguilera-Mederos, 23, of Texas, faces 40 counts in the I-70 crash, which killed four people and injured many others.