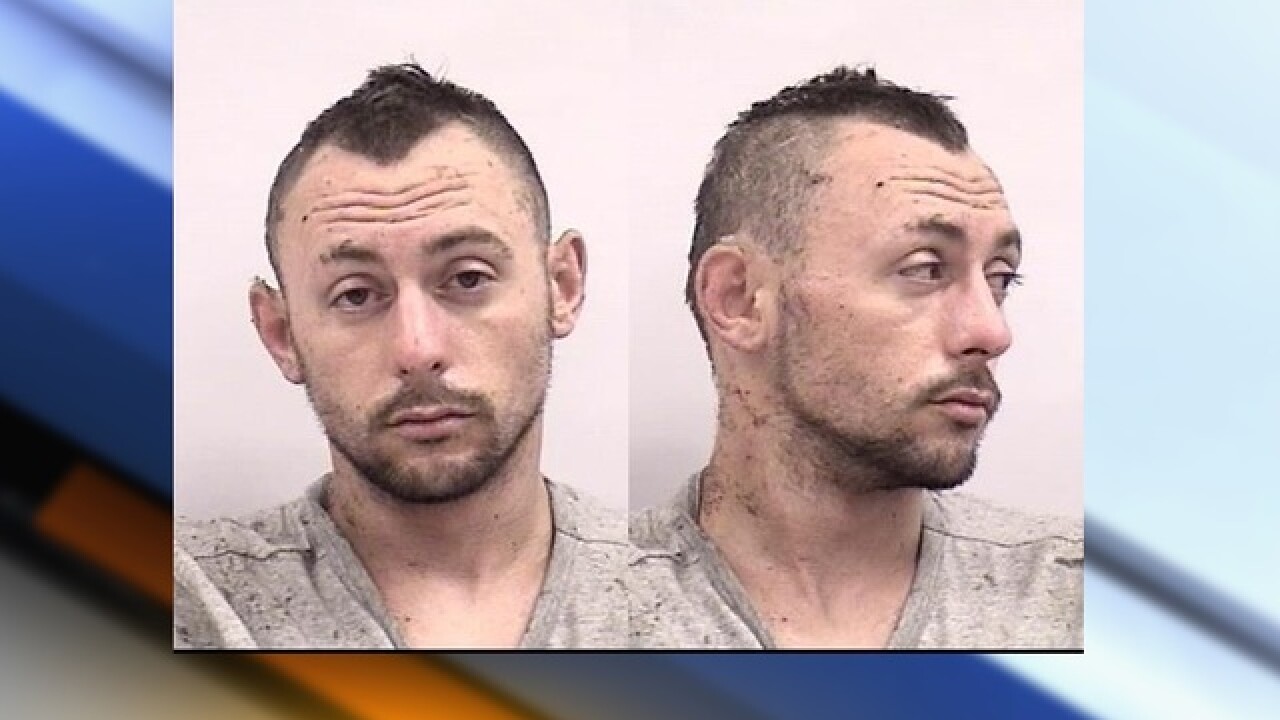 A man wanted for attempted murder was arrested after spending more than five hours in a tree.

A SWAT team responded to Lelaray Street and Eagle View Drive in Colorado Springs on Sunday evening because the suspect was refusing to come out of the tree.

The man was identified as 30-year old Lane Malouff who was wanted on several warrants, including two felonies according to Colorado Springs Police.

Police evacuated some homes in nearby neighborhoods while they tried to talk the man out of the tree.

The stand off finally ended five and a half hours later when Malouff was sprayed with water and decided to climb down, according to our partners at KRDO .

He is wanted in connection to an attempted murder in Alamosa in June 21. Malouff  had attempted to strangle the mother of his two children and fled on foot, according to a press release from the Colorado Springs Police Department.

There were three children inside the residence at the time of the assault; the children were not harmed.

Malouff is currently being held at the El Paso County Detention Center on a $150,000 bond.