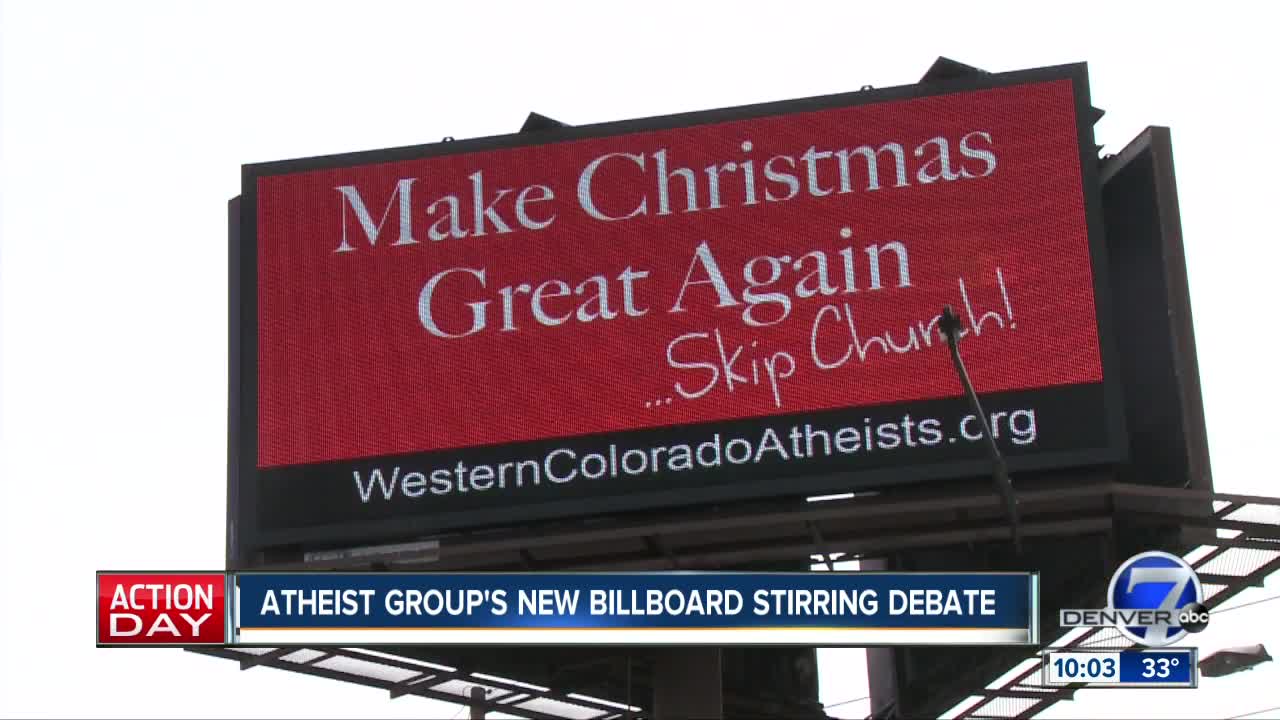 A new billboard has gone up in Grand Junction and it has people — both religious and not — talking. 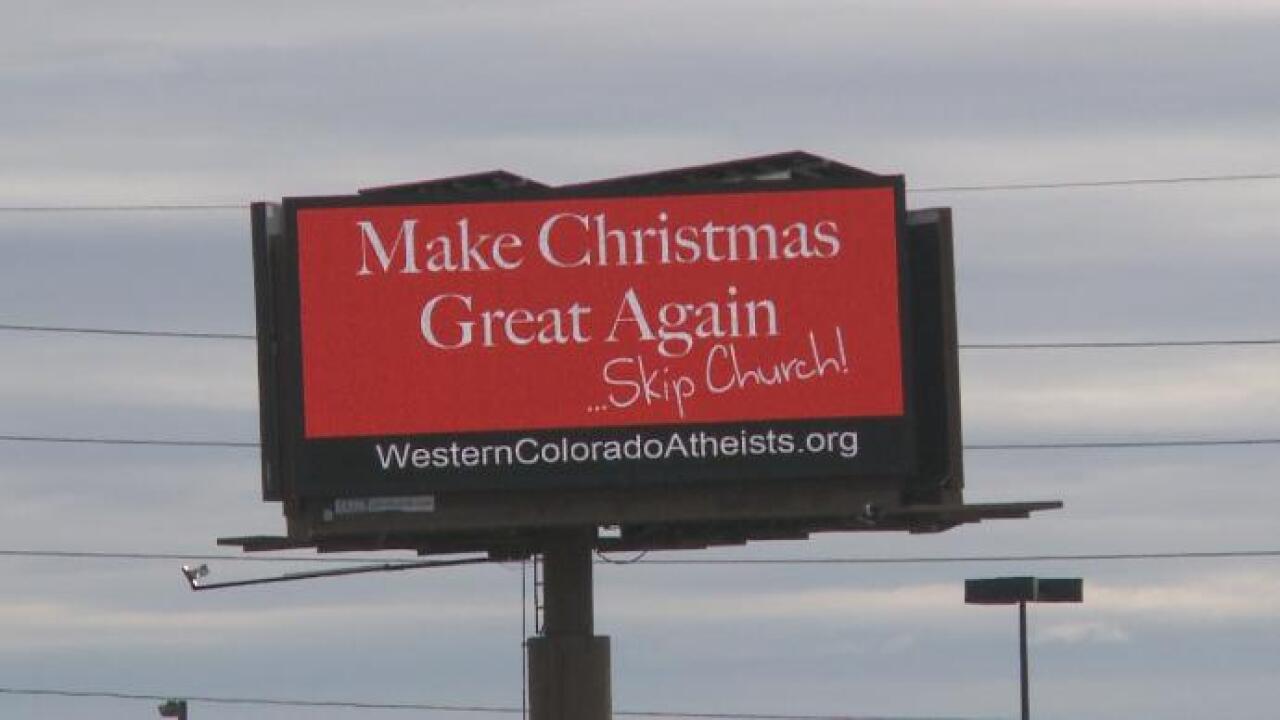 GRAND JUNCTION, Colo. (KKCO/KJCT) — A new billboard has gone up in Grand Junction and it has people — both religious and not — talking.

The billboard has been up since Dec. 19 along Highway 6 and 50 near Rimrock Avenue. The group said they put it up because they believe atheists are a minority in Mesa County, and think the focus of the holiday season include respect for everyone.

Members of the Western Colorado Atheists and Free Thinkers said they put the billboard up because the holidays should focus on kindness, respect and ethical treatment of others, instead of what the group calls "religious backgrounds and practices."

The group also said they believe secular people face discrimination, and that organized religions like Catholicism and the Jehovah's Witnesses are ridden with sexual abuse and corruption.

Read the full artice at www.KJCT8.com.