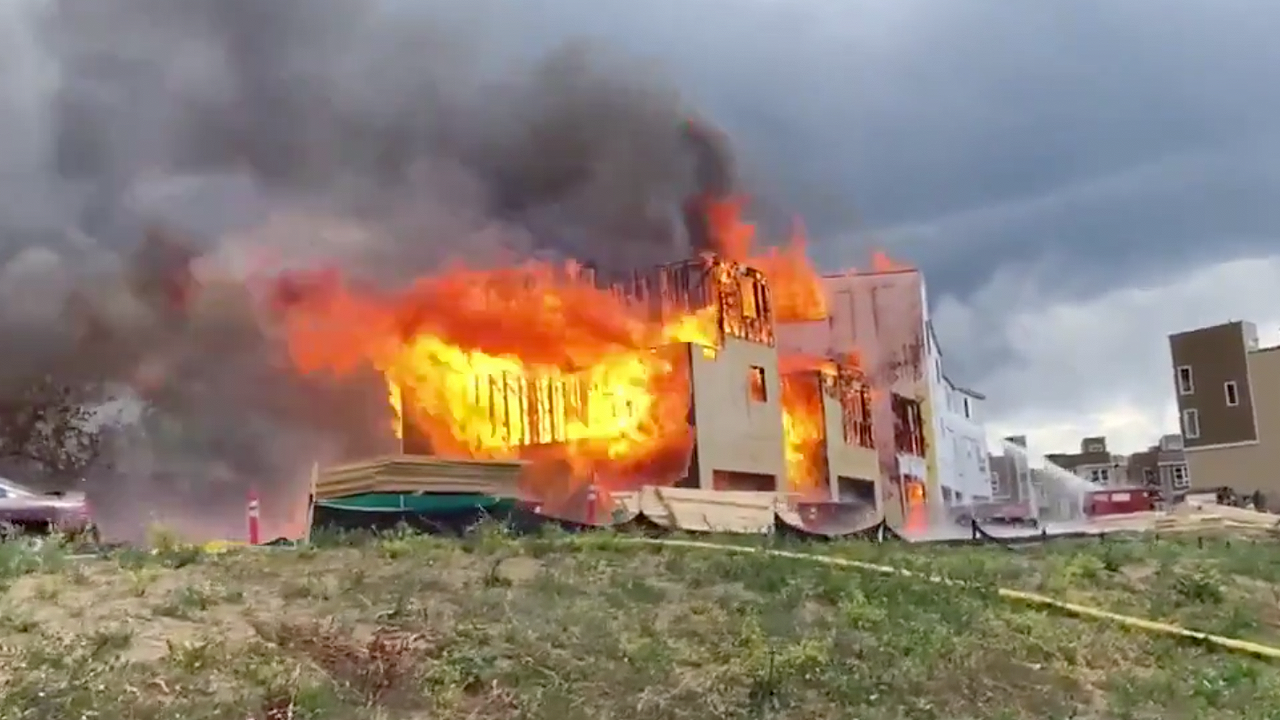 DOUGLAS COUNTY, Colo. — At least four buildings were destroyed in a construction fire that broke out Monday afternoon off C-470 and Santa Fe Drive in Douglas County.

The fire also spread to a nearby brush area, and was threatening a nearby condo unit. However, crews were able to quickly get it under control.

Two people have been injured with possible burns, South Metro said. They were transported to a local hospital in stable condition.

Fire investigators are looking into the cause of the fire.