'There was a huge explosion:' Engine from fatal plane crash blasts into Parker home 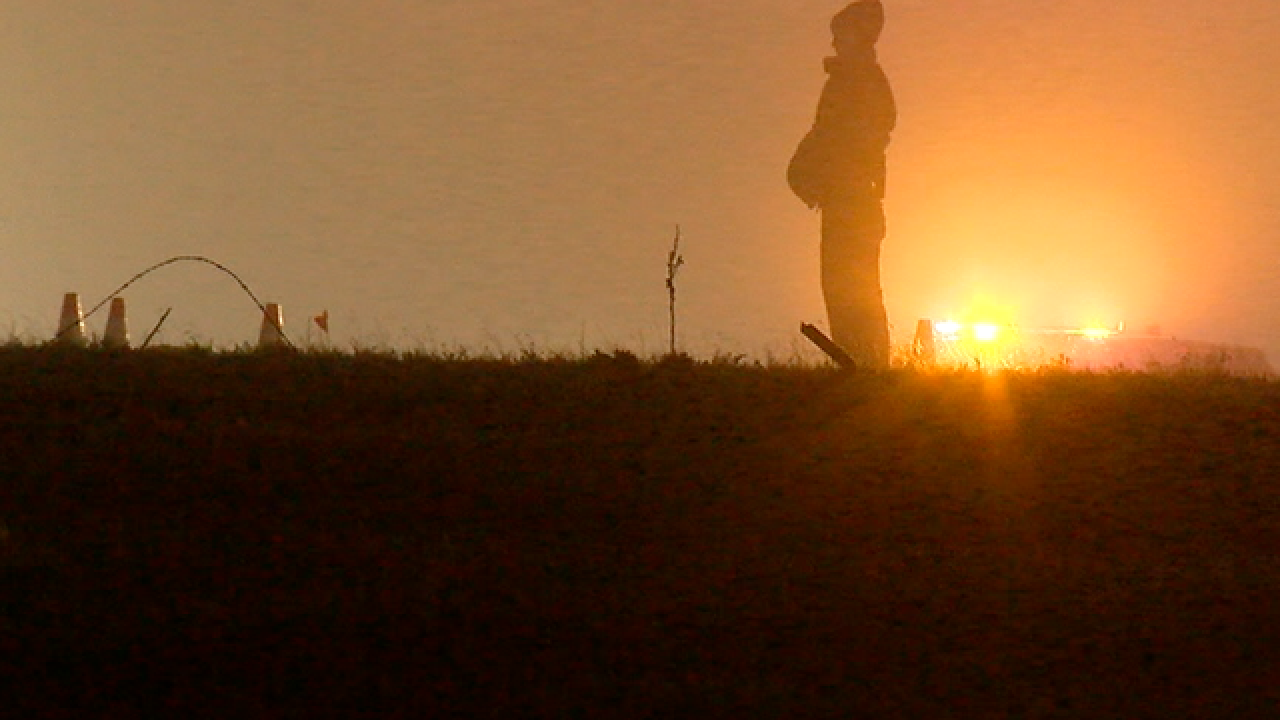 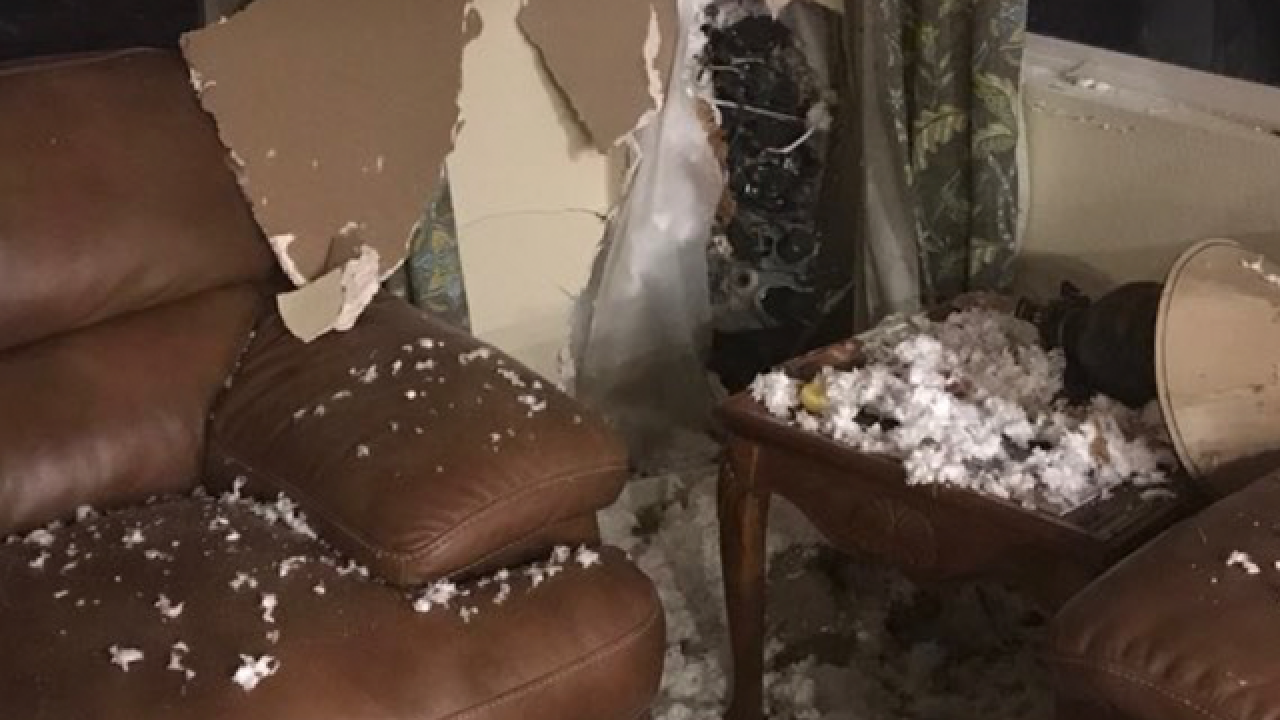 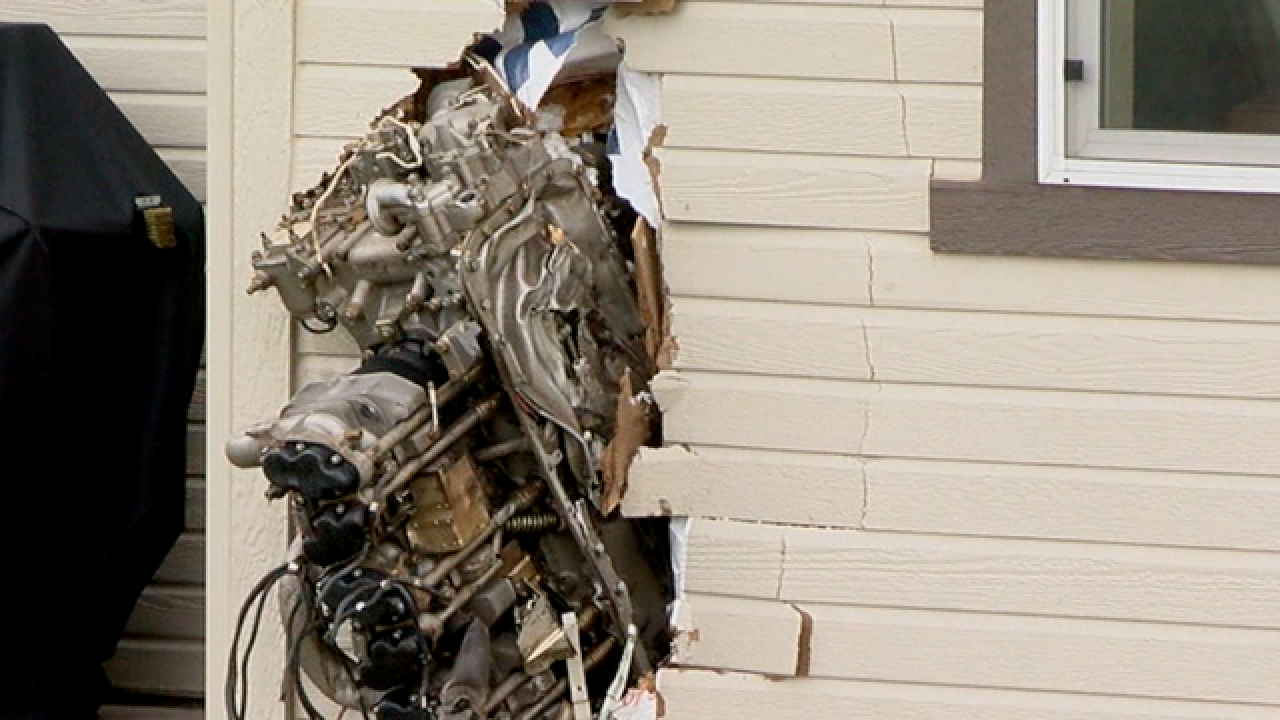 Marquis was piloting a Cirrus SR-22 when it crashed near in a neighborhood near Parker Friday night.

South Metro Fire officials said his plane took off from Centennial Airport at 8:12 p.m. and disappeared from radar 11 minutes later.

The plane crashed about three miles south of the airport, leaving a large debris field in open space near a Parker neighborhood.

But it was later learned the pilot was the only person on board.

An occupied home in the 11000 block of Pastel Point in Parker was struck by the plane’s engine.

"There's about half of the engine inside of the house," homeowner, Amy Webb told Denver7.

Insulation from behind her living room walls was spread across her family's living room. Pictures showed cracks running from the floor to the ceiling.

Webb said she was home with two of her five daughters when the engine hit.

She described doing the dishes and listening to music when she first heard a loud noise.

"As soon as I turned off the music, there was a huge explosion," she said. "And something came — flew into the back of our house."

The plane's engine flew across several acres of empty field.

NTSB Senior Air Safety Investigator, Dr. Jennifer Rodi explained, "The engine being the heaviest part of the airplane will travel the farthest during an impact sequence where we have separation."

Denver7 cameras weren't allowed beyond a barbed wire fence, but the Douglas County Sheriff's Office launched a drone to get a bird's eye view of the three to four-acre crash site.

"To have this extensive of a debris field, we had to have a lot of energy which is provided by the engine," Dr. Rodi said.

Amy Webb said the unexpected damage would be repaired with time, but said the real tragedy is the pilot's death.

"I can't imagine. I mean, that is just so tragic," she said.

She told Denver7 she grabbed her kids and ran outside. She then realized an airplane engine had crashed into her home and called 911. No residents were injured.

(Cont) Webb shared these photos of the damage from inside her Douglas County home. The engine hit her house before 9p last night. Everyone inside the home is safe. #Denver7 pic.twitter.com/QNtMyYLSV5

The cause of the crash is still unknown. Officials from the National Transportation Safety Board are investigating.

During a press briefing Saturday, NTSB investigators said they would be looking at three things: man, machine, and environment.

Investigators said the aircraft's parachute system was not deployed.

The investigation can take up to 18 months, officials said.