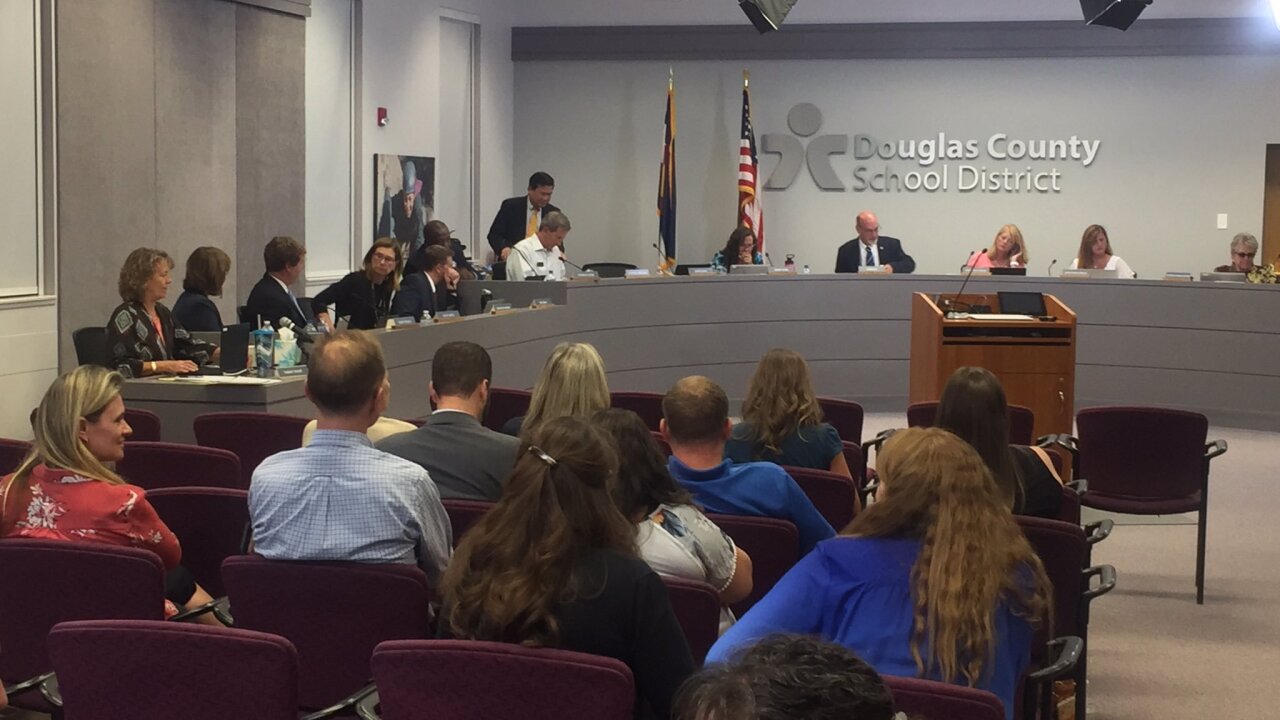 DOUGLAS COUNTY, Colo. – A charter school that allows some of its trained staff to carry firearms was given the green light Tuesday to seek a transfer authorization into state control after a disagreement about guns on campus.

In a unanimous decision late Tuesday night, the Douglas County School Board voted to allow Ascent Classical Academy to pursue a transfer authorization to join the Colorado Charter School Institute (CSI). Ascent Classical Academy will now have to apply for the transfer into the CSI’s purview. Taxpayers in Douglas County will continue to fund the charter’s operations until 2023, when the contract between the two ends.

Last year, the governing board for Ascent Classical Academy started looking into the possibility of training and arming some of its staff, which the school’s executive director Derec Shuler said is allowed under state statute. The school serves about 500 students in grades K-11.

When the school brought up the possibility with parents, school officials said it received overwhelming support, particularly in light of the STEM School shooting in Highlands Ranch in which one student was killed and eight others were injured.

This school year, which started this Tuesday, will be the first in which the school will have armed staff. The charter school is the only one in the district that has implemented this program.

Last month, during a state school safety committee hearing at the Colorado State Capitol, the Douglas County School Board Superintendent spoke out strongly against the idea of arming staff.

“We will fight tooth and nail if any school, whether it is a neighborhood school or a charter school, that decides to arm its teachers. If it’s a charter school, we are going to ask that they leave the Douglas County School District," Dr. Thomas Tucker said during the hearing.

Which is what happened in mid-August.

Now that it’s been given authorization to proceed, the transfer of Ascent Classical Academy could be expedited and take three months of less, according to a CSI spokesperson.

“The practical effect for what will happen in the classroom isn’t much. Kids will still get a great education,” Shuler said. “From our perspective, it is a lot more that our school will have to have on its plate, a lot more responsibility. We will have to accept to operate more autonomously.”