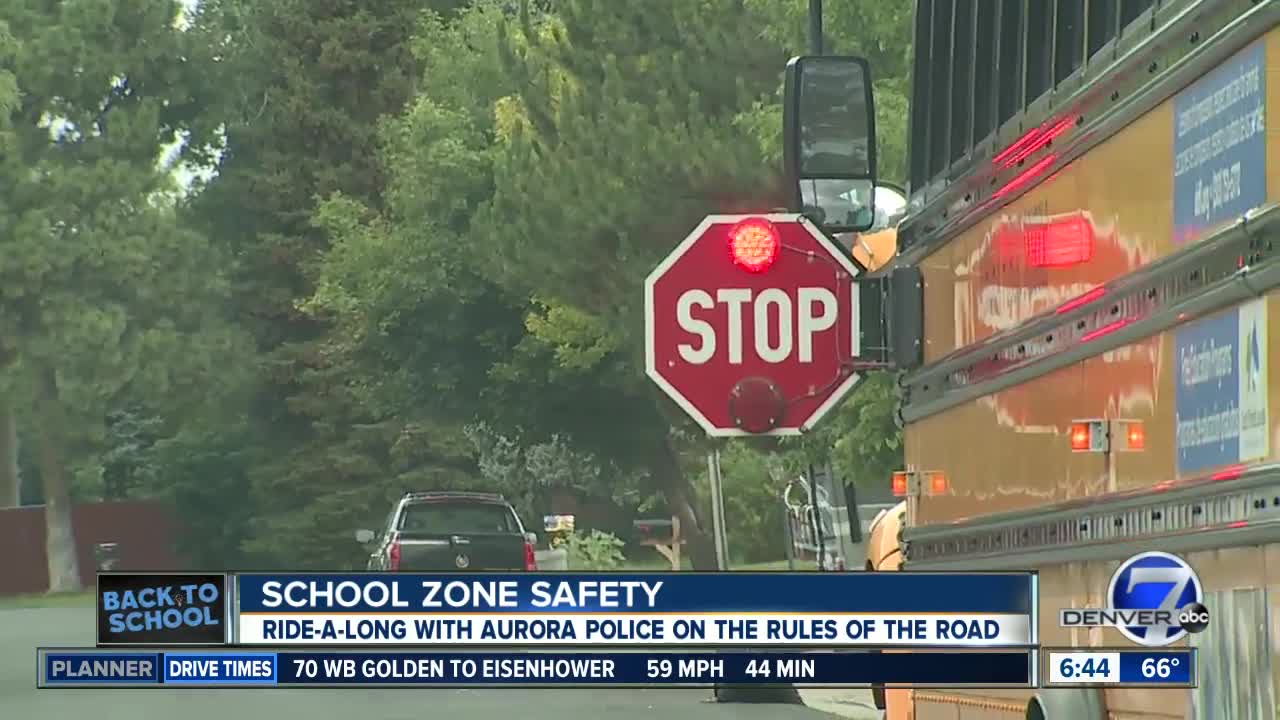 We did a ridealong with Aurora police to discuss the safety of the rules of the road when it comes to school bus stops. 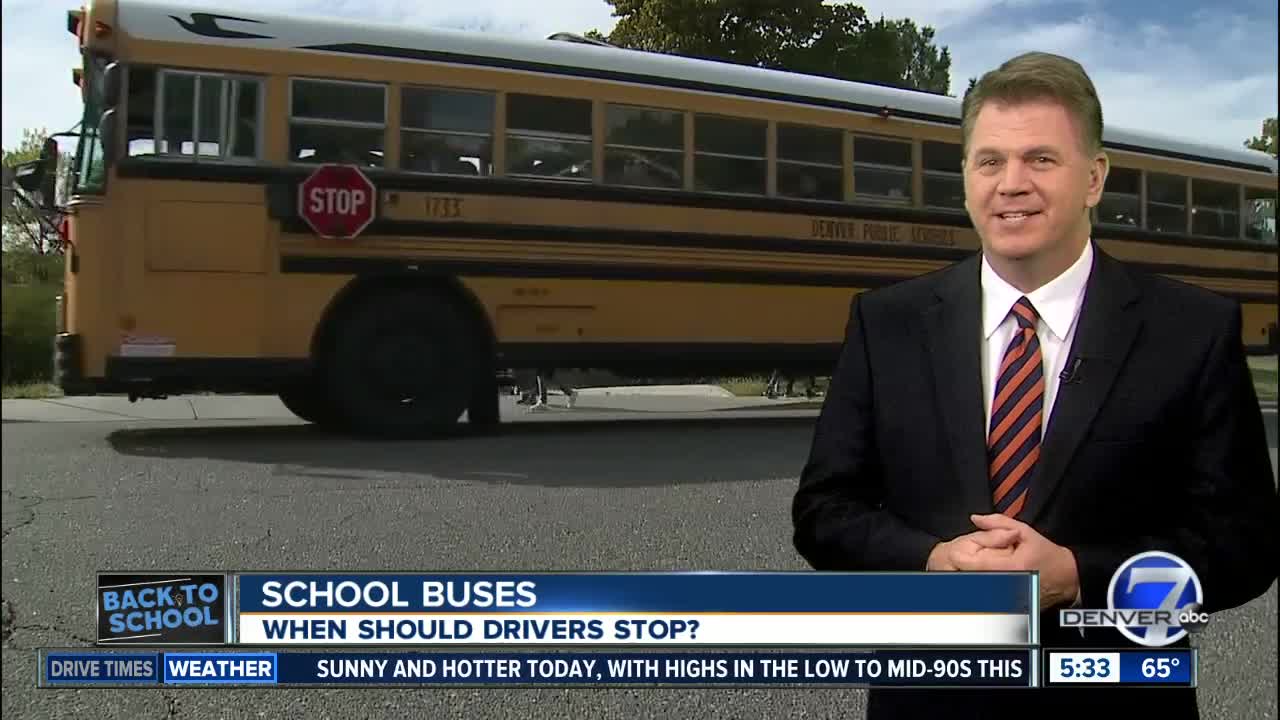 AURORA, Colo. — As students head back to school, they are refocusing on their studies in the classroom. But they're not the only ones who need to pay closer attention to what's going on around them. Drivers on the roads need to remember the rules of the road when it comes to stopped school buses, police say.

Aurora Police Officer Thomas Gallimore gets a lot busier when school kicks into gear. His patrol area in south Aurora includes a lot of school zones.

Denver7's Eric Lupher joined Gallimore as he stopped speeders in the school zone outside Smoky Hill High School. It didn't take long to catch someone breaking the law.

"A lot of drivers forget about school zones over the summer," Gallimore said. "We enforce this time of year to remind them to slow down."

On the morning we joined him, he only gave out warnings to the drivers he stopped.

"It's more about the education factor," he said.

Gallimore has responded to his fair share of crashes involving a student who was struck by a car.

"If a kid runs through the parking lot for whatever reason, you should be able to be prepared to react to that," Gallimore said. "They may be the ones that made the mistake but you’re still gonna feel awful if you’re involved in something like that."

On average, 24 children are killed in school bus-related crashes and of those, about a third are struck by motorists who forget to stop for a school bus, according to the Colorado Division of Human Resources.

"You don’t have to do anything more than take the time," Gallimore said. "The buses don’t stop that long to let the kids get on the bus safely so they can get to school safely."

When should you stop for a school bus?
Copyright 2019 Scripps Media, Inc. All rights reserved. This material may not be published, broadcast, rewritten, or redistributed.