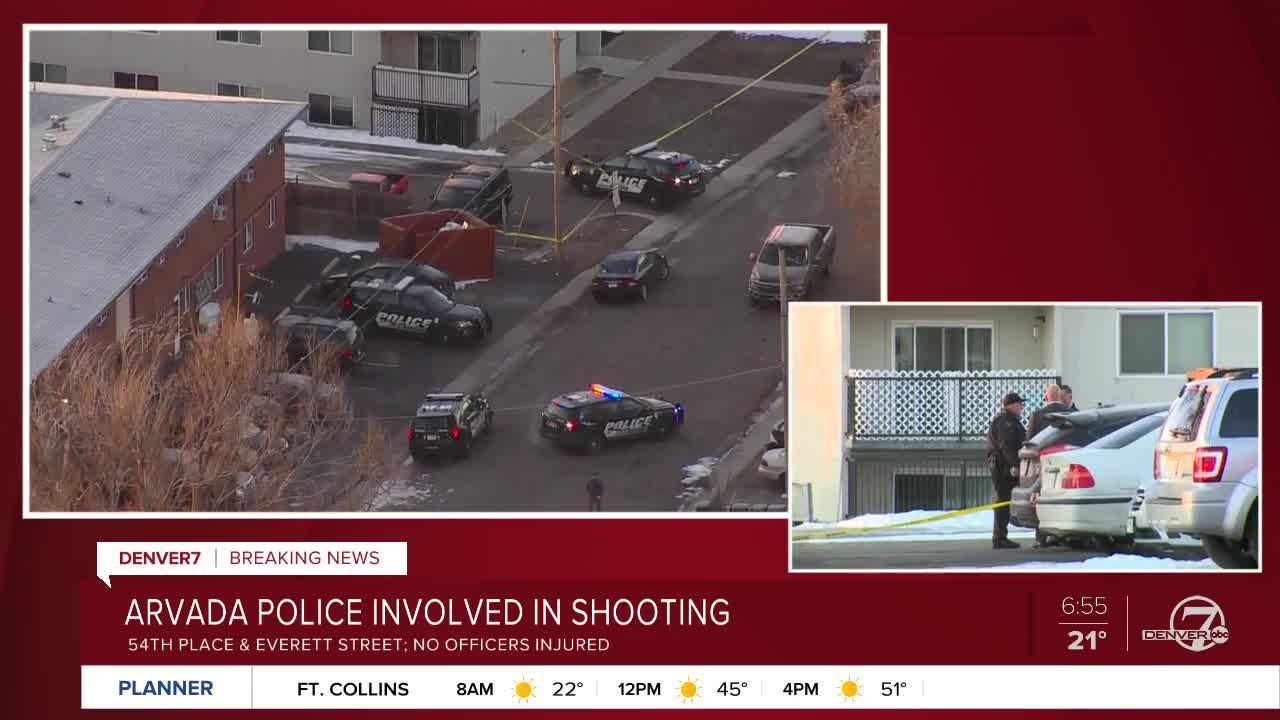 Police in Arvada were involved in a shooting early Friday. 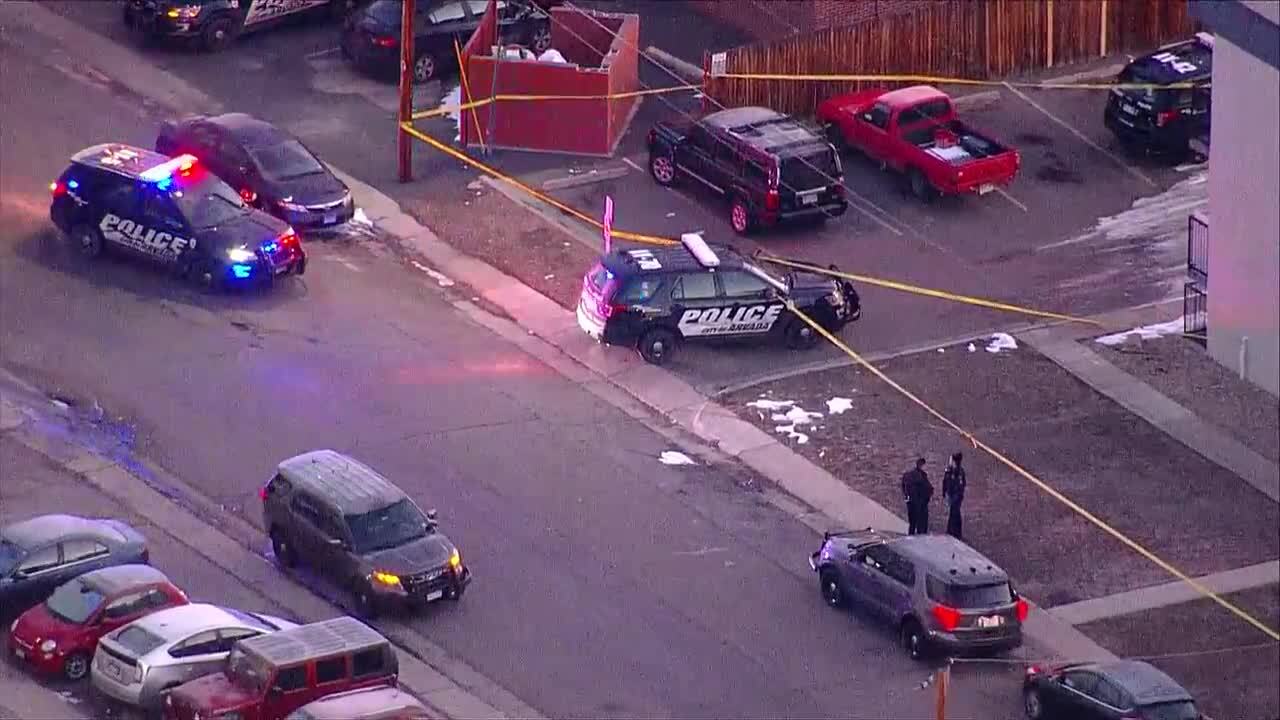 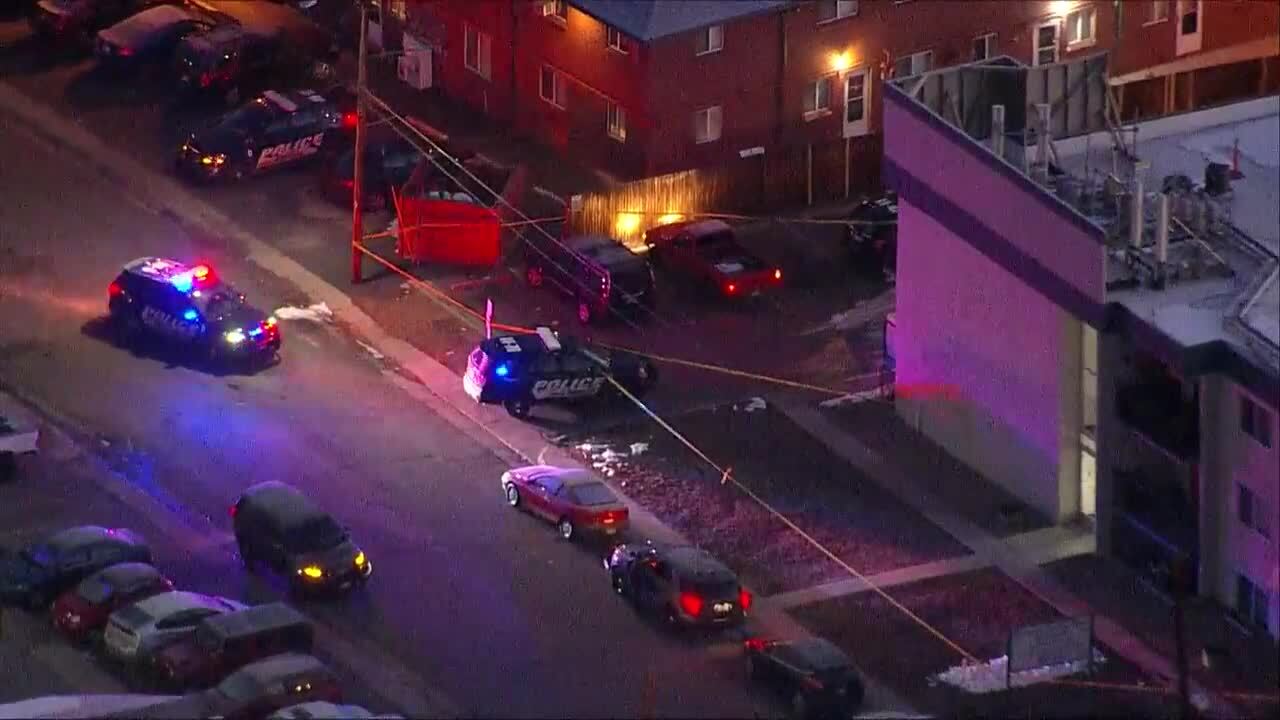 ARVADA, Colo. — Arvada police said a male domestic violence suspect was killed by officers early Friday morning at an apartment complex, and a female victim was found deceased in a unit.

Det. David Snelling with the Arvada Police Department said they responded to the area of Everett Street and W. 54th Place around the Parkview Village West Apartments at 5:08 a.m. Friday to respond for a call related to a domestic violence-type situation. As officers responded to the scene, they learned that there were reports of a serious assault and a possible homicide at the scene.

When police arrived at the scene, they were concerned about a person inside one of the apartment units, Snelling said.

They attempted to get inside the unit and were confronted by a male suspect, Snelling said. He was armed with an "edged weapon," such as a knife.

Police had to use force to get into the apartment and shot the male, Snelling said. He died at the scene.

Officers also discovered a deceased female in the apartment. They believe the woman and suspect had a relationship of some sort, Snelling said. Both were in their early 40s. He said police believe the deceased suspect killed the woman.

Police are investigating a report that one other person was inside that same apartment unit, who was the individual who called 911. That person has only been identified as an adult male. Snelling said he's not sure of that man's relationship to the two deceased people.

No officers were injured, according to Arvada police. Nobody else in the apartment complex was injured.