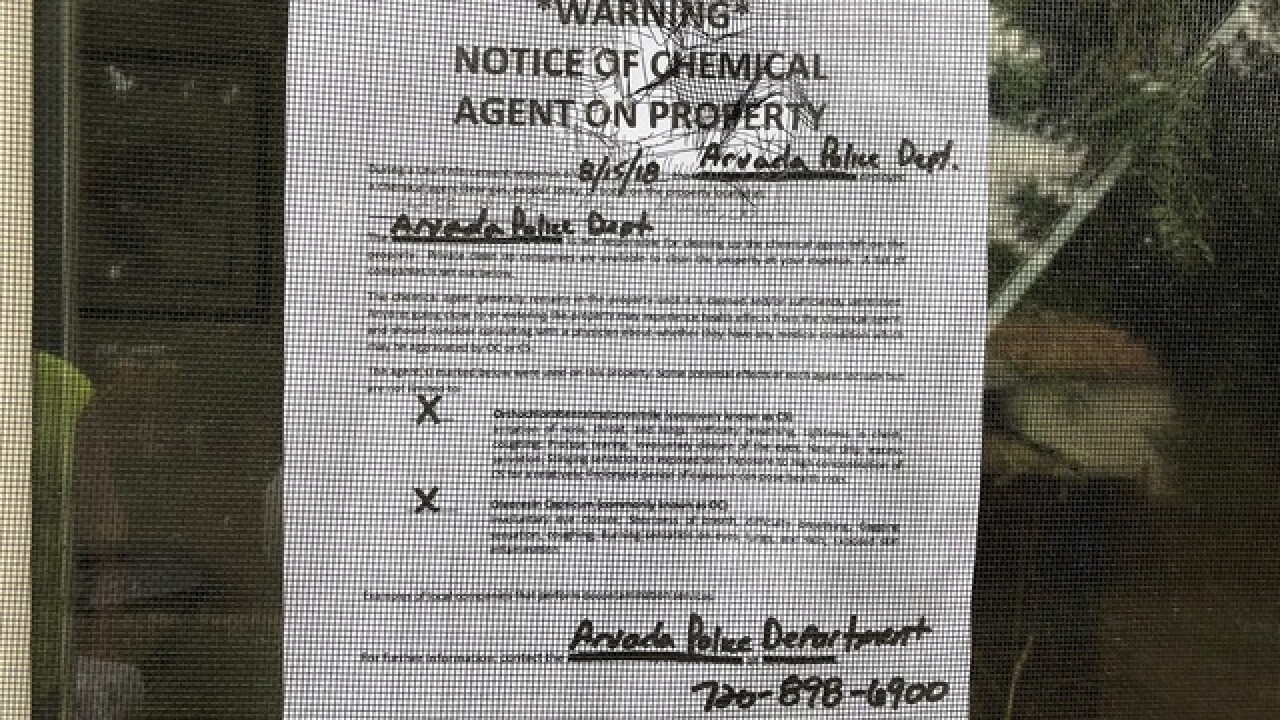 Copyright 2018 Scripps Media, Inc. All rights reserved. This material may not be published, broadcast, rewritten, or redistributed.
<p>Tactical squad fires gas canisters into home in effort to flush out domestic violence suspect</p> 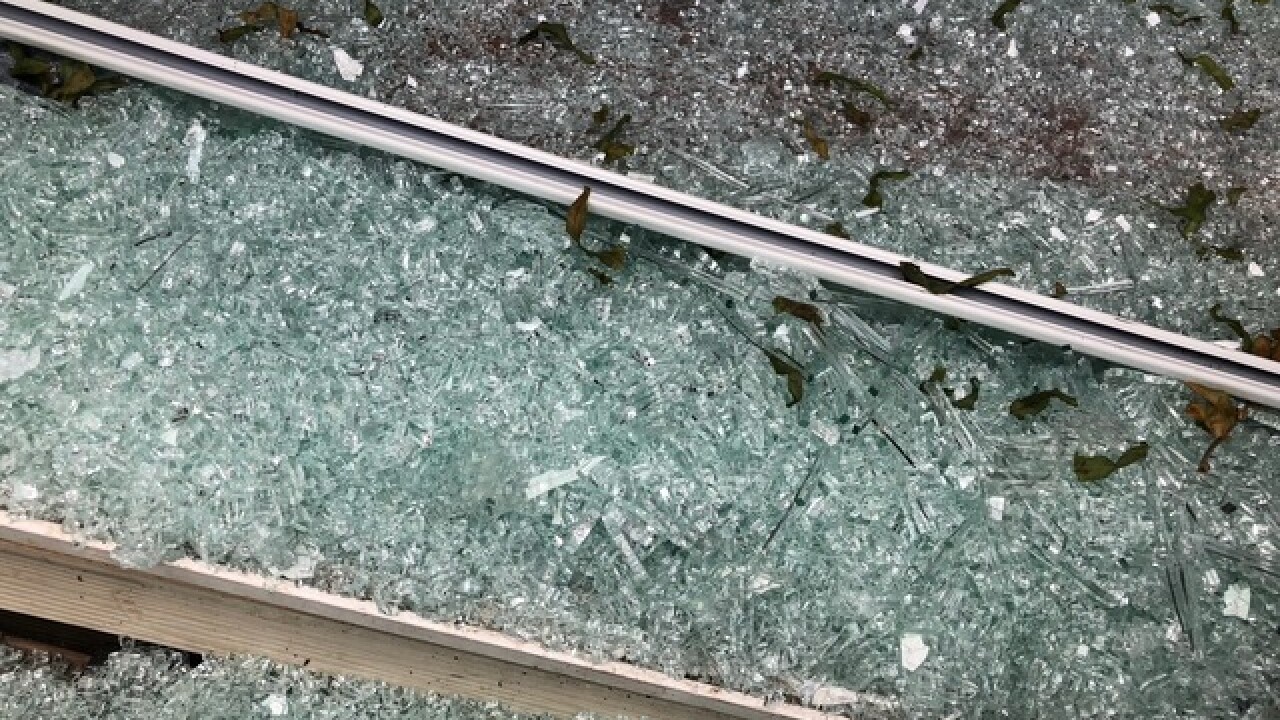 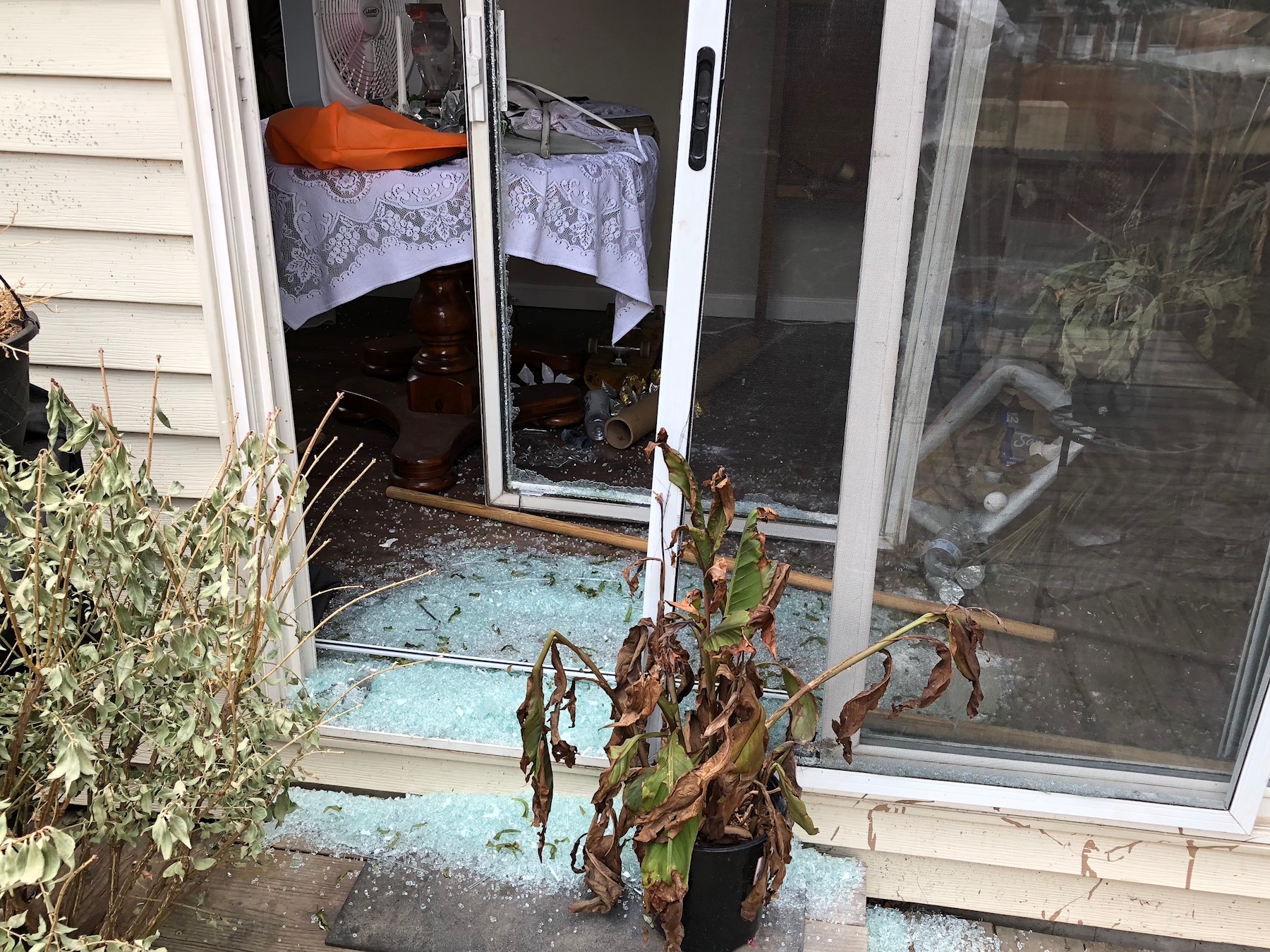 ARVADA, Colo. -- Thousands of bits of broken glass crunch underneath Mark Buss' feet as he walks into his kitchen through a shattered sliding glass door.

That sliding door and several windows were shattered when the Arvada Police Department's tactical squad fired gas canisters into the house earlier this week.

They were trying to flush out Michael Chapman, a man wanted by both Arvada PD, and by authorities in Georgia, for domestic violence.

But Chapman wasn't there.

Buss’ daughter, Heather, said Chapman had been in the house earlier in the evening, when police first showed up.

Heather admits she was involved in a relationship with Chapman at one point, but said he broke into her house that day and was holding her against her will.

She shared cell phone pictures of black and blue bruises on her face that she says Chapman inflicted.

They say they didn't know whether Chapman was still in the house, and whether he was armed or not.

A city spokeswoman told Denver7, “We can’t risk public safety by relying on the word of one witness, who may well have been under duress.”

She said that’s why the tactical unit was called in.

Buss said he purchased the house in Westminster’s Highland’s neighborhood, so his daughter and granddaughter would have a place to live and be safe.

He said he purchased new bedroom furniture about two years ago. Now, he'll have to replace some of it.

Buss said the tactical unit drove its equipment onto his front lawn, running over his underground sprinkler system.

"They broke the pipe," he said. "There was water shooting out everywhere."

Inside the house, there are holes in the drywall and partially collapsed bedroom furniture.

"You can see where the grenade hit the wall up there and exploded," he said. "It trashed the cabinet."

He said it will all have to be professionally cleaned, or discarded.

Police say Chapman was eventually spotted walking down the street, and that once he saw officers, he fled on foot.

"He was in the basement and was cornered by a dog," he said.

Chapman is facing charges of Domestic Violence for previous alleged incidents in Arvada, and for Terroristic Threats (related to domestic violence) in Georgia.

Buss said he wants to know if the city is liable for the damage caused to his property.

“Insurance won’t cover it,” he said. “Homeowner’s insurance will not cover police action.”

Maria Vanderkolk, Communications Manager for the City of Arvada, said residents who suffer property damage due to police activity can file a claim with the city’s Risk Management Division.

“Those applications are handled on a case by case basis,” she said, “generally the homeowner is responsible for repairs.”