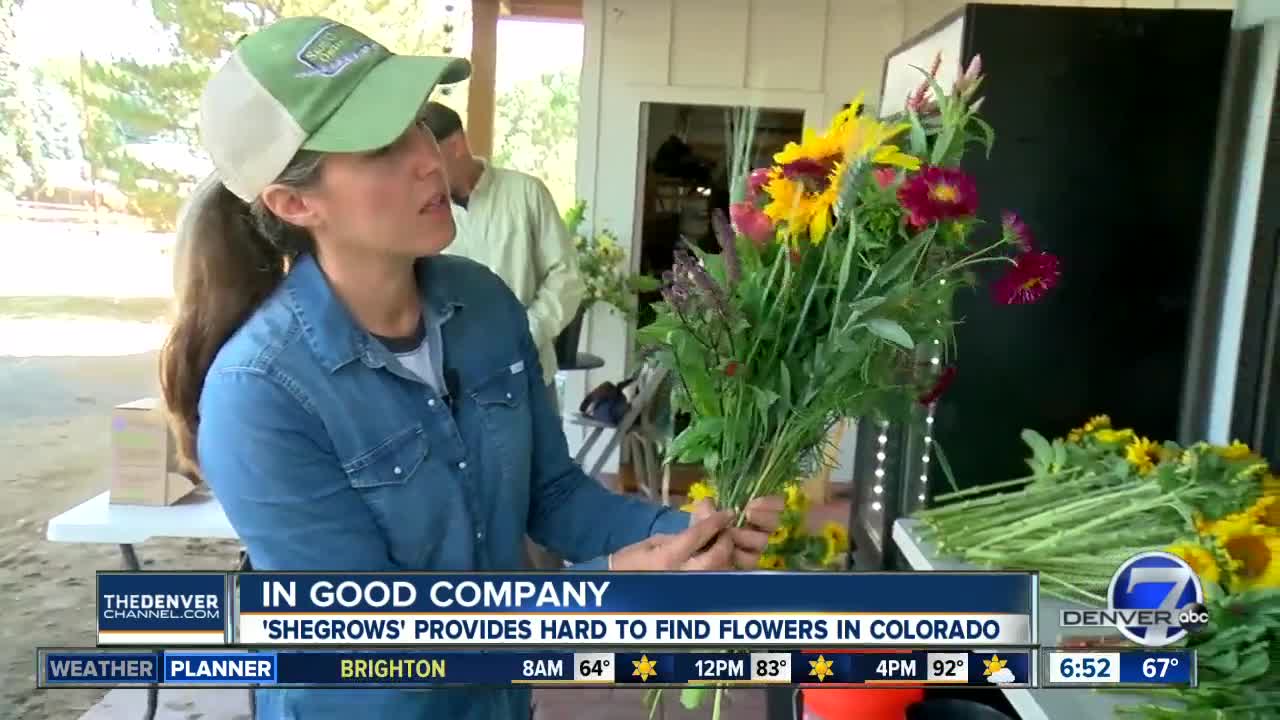 In Colorado, there's a deep appreciation for locally made products and locally grown foods. Take, for example, this local up-and-coming urban farmer, who is spreading the love for our state with flowers.

ARVADA, Colo. — In Colorado, there's a deep appreciation for locally made products and locally grown foods. Take, for example, this local up-and-coming urban farmer, who is spreading the love for our state with flowers.

Gina Schley opened SheGrows two years ago on three acres in the heart of Arvada. Rows of rare and elegant flowers adorn the property.

“You know, they're fragile flowers,” she said. “They're beautiful. But when you buy locally, and it's cut fresh, it's going to last a lot longer in your vase.”

Schley is planting more than seeds at her urban farm. She's cultivating a community.

She and her husband bought the land near 72nd Avenue and Kipling Street, and revived it from ruins.

“So many people have come by and said, 'Thank you for not bulldozing that house. Thank you for keeping the house and farming the land,'" Schley said.

She said the flower farm was built to bring people together, and she extends an open invitation for you to experience the peaceful setting.

Her unique varieties have caught the eye of many, including Colorado brides.

“They want a wildflower look for their wedding,” Schley said. “They don't want a traditional bouquet from a florist. They want something that's more wild. And so they're coming to me buying buckets of blooms that I arrange in a color palette for them. I give them the bucket, and they do all the arranging.”

And, they're available for your home, too. You can purchase a membership called a CSA, or Community Supported Agriculture. You pay a small fee up front to take advantage of the flowers throughout the season.

"So, they take a risk with me and trust that I’m going to grow these flowers,” Schley said. “And then, during the peak of the season, they come to the farm and pick up a large market bouquet.”

There are tulips, daffodils and sweet peas in the early season. Lavender, sunflowers, and dahlias come in the late season, just to name a few.

“This is Chinese Forget-Me-Nots, which just make any bouquet just pop,” she said, pointing to the flowers.

But, it's a personal touch she’s harvesting year-round.

“Now is the time — August, September, all the way until it frosts in October,” she said. “That's when you should be taking advantage of all the bounty, the color, that we have coming from our fields.”

Schley and her husband also have a reality TV show on PBS and Create TV called "Urban Conversion" that follows their journey of city farming. It's in its third season.