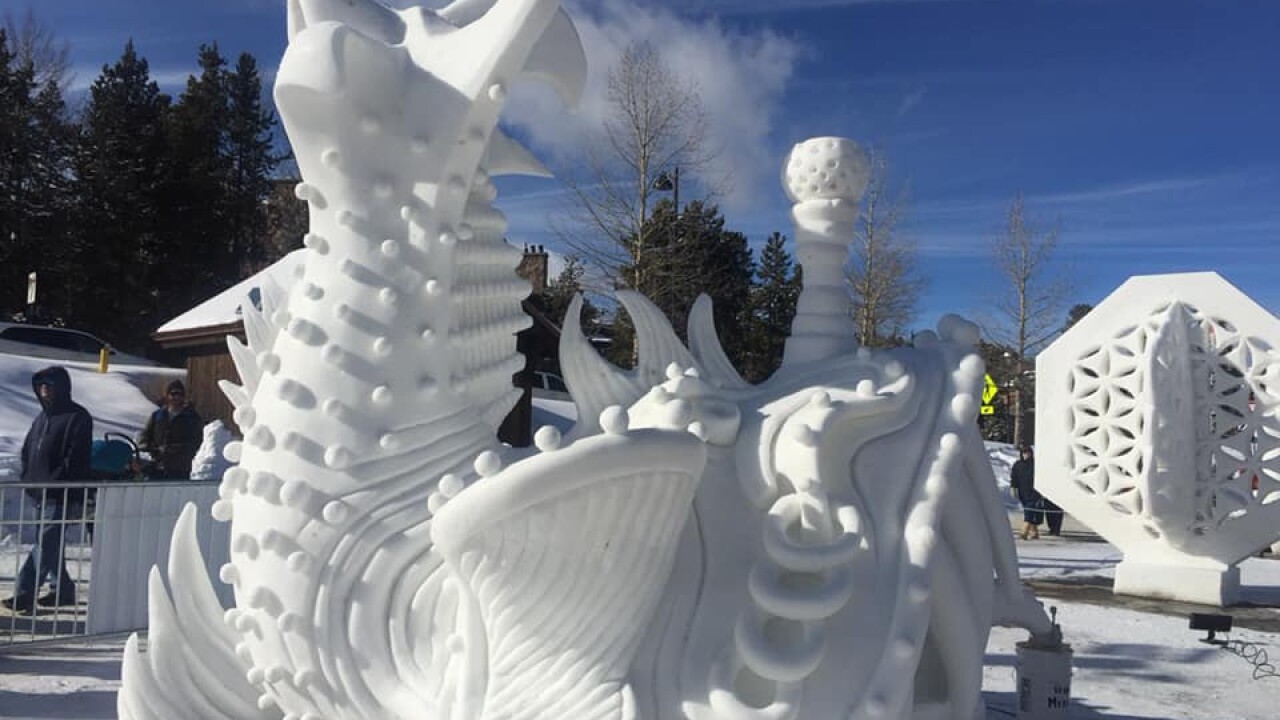 Deb Stanley
The International Snow Sculpture Championships in Breckenridge are over, but you can still view the incredible artwork through January 30. 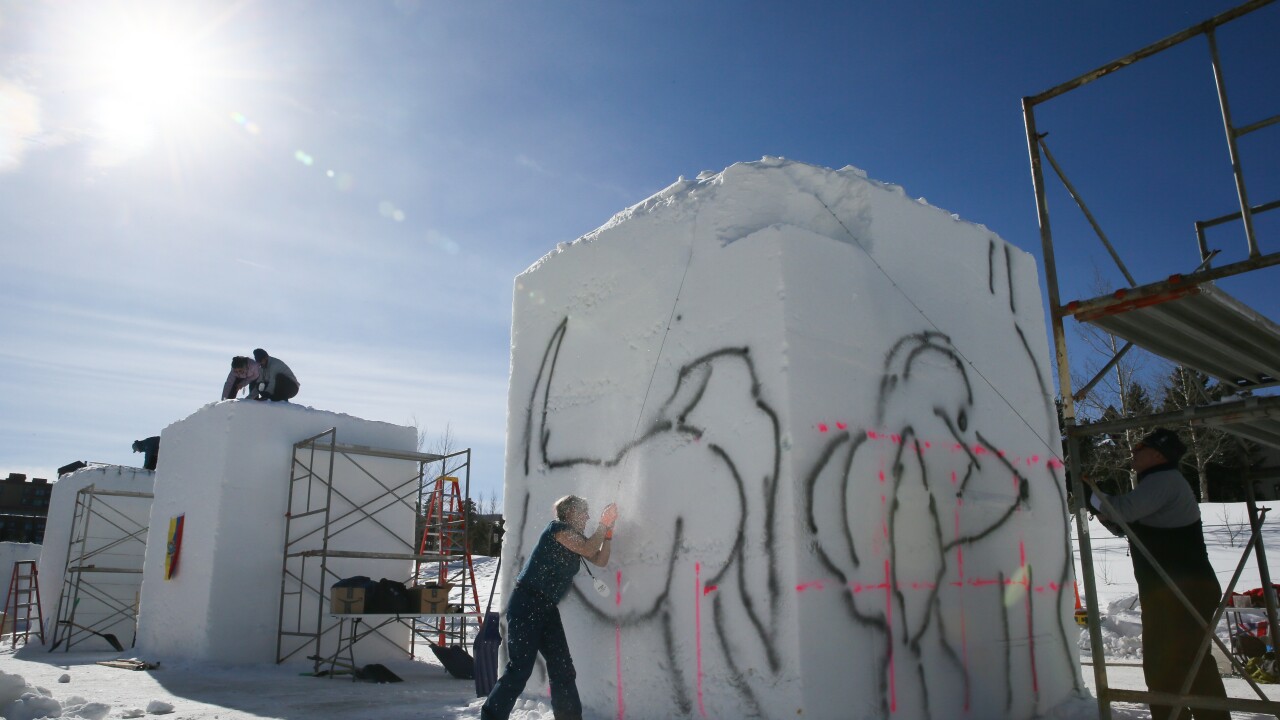 BRECKENRIDGE, Colo. — This week, 64 artists will spend dozens of hours creating seemingly impossible pieces of art out of tons of snow in Breckenridge.

Sixteen four-person teams from 12 countries will build their sculptures this week, with a final judging on Friday, according to event organizers. The teams were picked out of a pool of 250.

On Monday, each team was given a 12-foot tall, 20-ton block of snow to sculpt. They will work all week — and often throughout the night — to finish their creations, all without the help of power tools, support structures or dyes. Instead, they use vegetable peelers, chicken wire, small saws, shovels and more. Click here to see the preview sketches and read descriptions of each of the creations planned for the 2020 event, starting on page 10 of the brochure.

The competing teams are from Argentina, China, Ecuador, France, Germany, Great Britain, India, Mexico, Mongolia, Switzerland, Turkey and the United States (Breckenridge, Minnesota, Wisconsin and Vermont), according to event organizers. For the first time in the event’s history, two of the teams — one from Germany and one from Alaska — are all women. In addition, the original event founder will compete for the first time in 10 years.

Throughout the competition, visitors will be able to see a special 30th anniversary sculpture, which weighs roughly 60 tons and will be lit up at night.

Fans and visitors can vote for the People’s Choice winner starting Wednesday through Saturday by visiting Go Breck’s website here.

There are no cash prizes — the first, second and third place winners each get a medallion, a trophy and a ribbon.

After the event, the sculptures remain up for another week before they are removed.

The snow for the International Snow Sculpture Championships is made by the Breckenridge Ski Resort. The snow is transferred into wooden molds and volunteers — nicknamed snow stompers — climb on top of the block and stomp on the snow to pack it down, according to event organizers.

Snow carving began in the town as a local pastime during Breckenridge’s winter carnival, the Ullr Fest, in the late 1960s and early 1970s. It has since transformed into one of the top five snow sculpting competitions in the world.

For more information on this event, visit its website here.