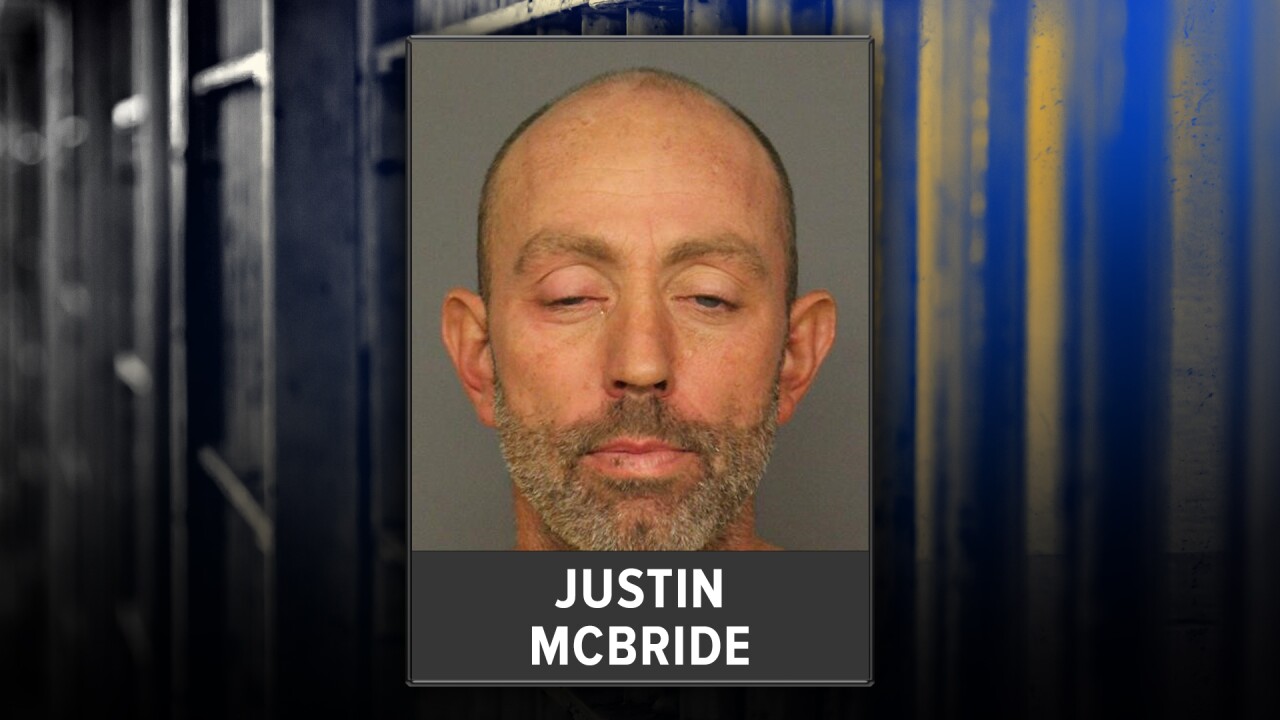 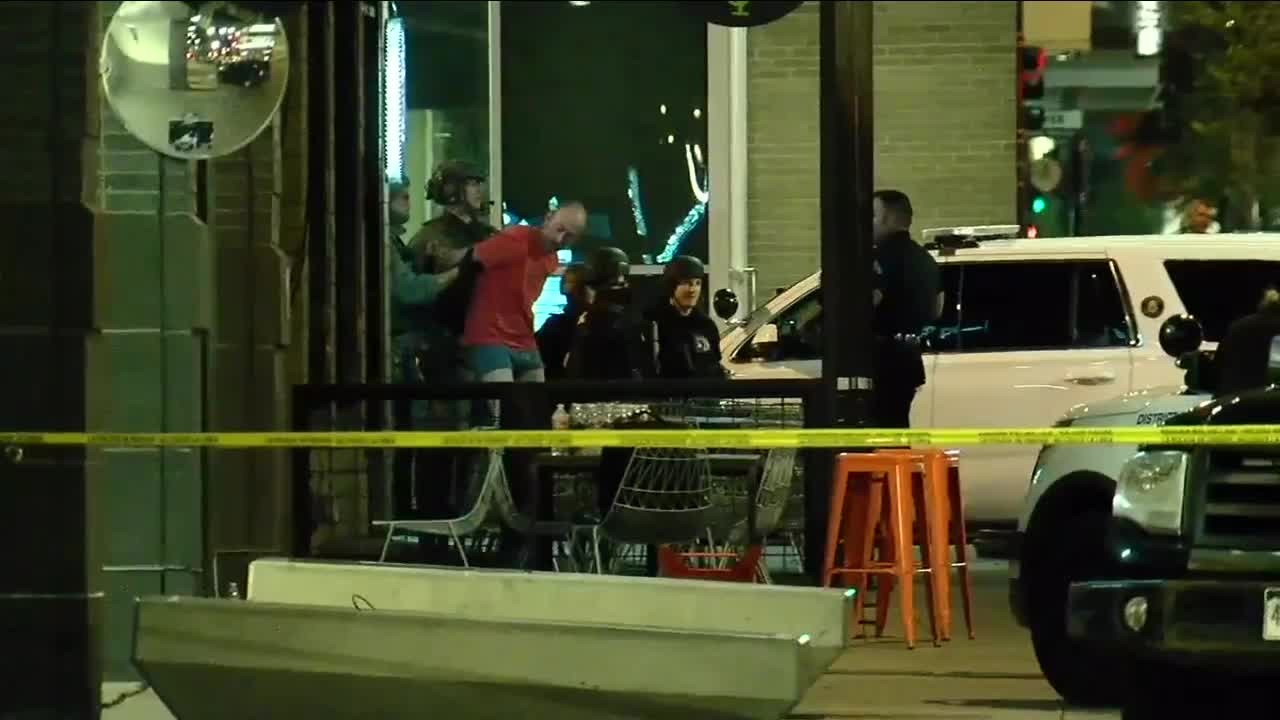 DENVER — An armed man accused of holding multiple people hostage at a Denver restaurant was arrested around 1:30 a.m. Monday.

As he went upstairs, McBride ate food and drank liquor, according to the probable cause statement.

When he reached the second floor, he tried to open the door to the locker room and "began to enter the room with the muzzle of his gun pointing first," according to the probable cause statement. The people inside pushed the door close and started placing items in front of it to prevent McBride from entering.

McBride tried to open the door again but was unsuccessful. Instead, he began placing furniture in front of the door, according to the probable cause statement.

Around this time, Denver Metro SWAT and hostage negotiators had responded to the scene.

McBride used cell phones left behind by customers who had fled to communicate with the negotiators, according to the probable cause statement. He refused to cooperate with their commands.

Denver Metro SWAT then entered the restaurant and arrested McBride at 1:20 a.m. Monday.

He was placed on an investigative hold for false imprisonment and felony menacing and has not been formally charged as of Monday morning.

Andy Ganick, the owner of The Pig & The Sprout, said that the restaurant would be closed for lunch and dinner Monday and would reopen Tuesday at 11 a.m.

“At this time, our immediate concerns are for the well-being and safety of our staff and guests and to support them through this difficult time. We are appreciative of the professionalism and swift action of the Denver Police Department to mitigate the situation and manage the ongoing investigation,” Ganick said in a statement. “ As a family-owned and operated restaurant, we take great pride in all that we do to provide a warm, welcoming place for our staff, guests, and community. We look forward to moving on from this incident and not letting this rare moment define us and what we’ve built together.”