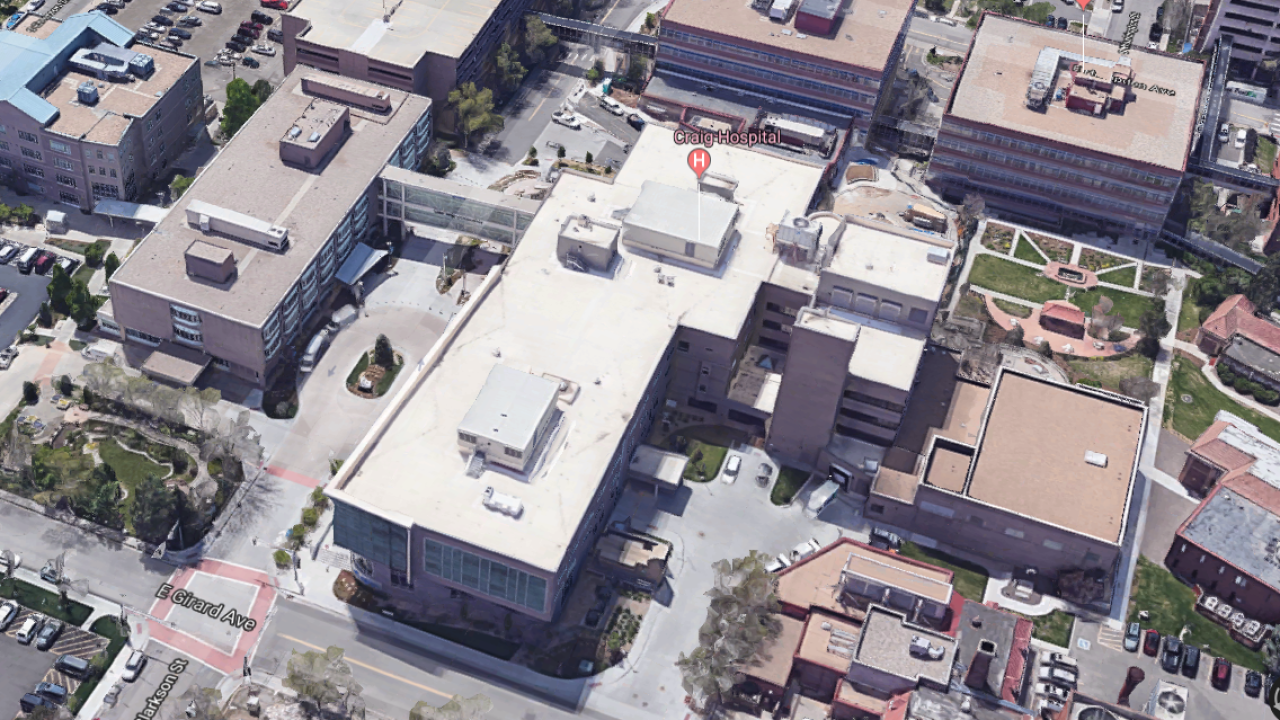 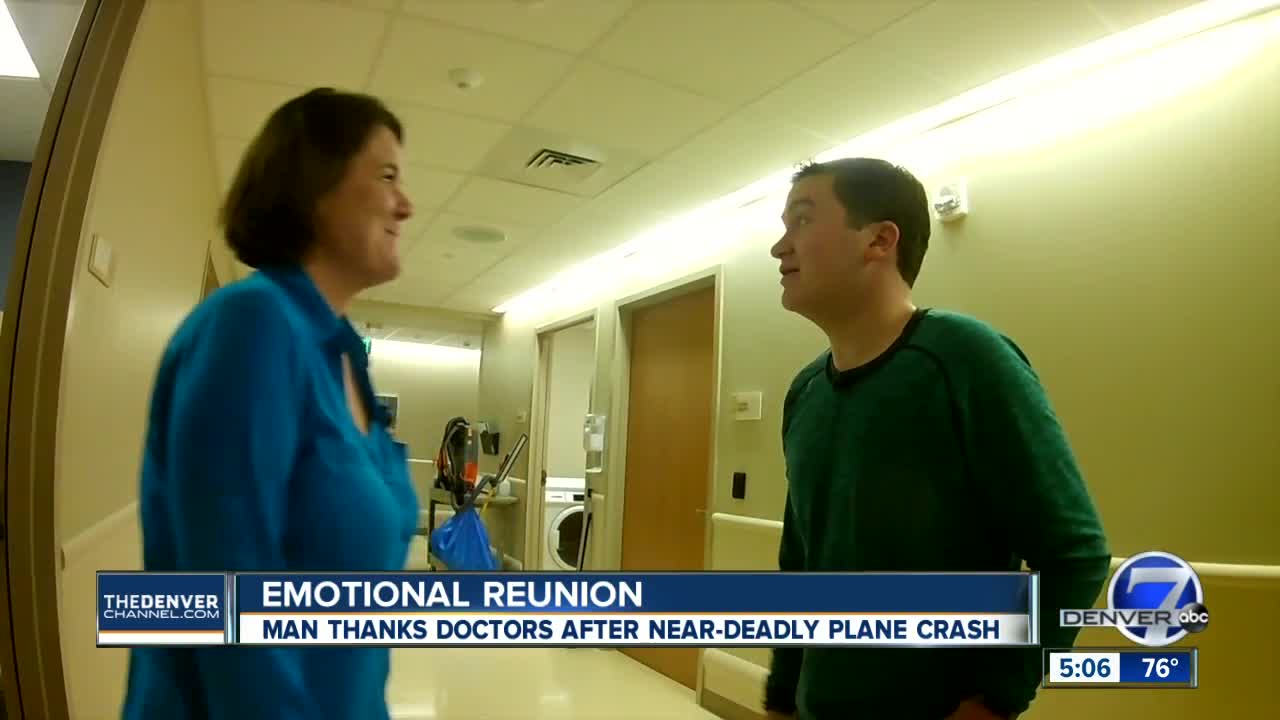 Burnell spent several months in the hospital in 2017 after a plane crash changed his life. Burnell was piloting a small plane with a friend in the passenger seat on August 1, 2017.

Shortly after takeoff, the plane crashed through a fence and into a tree. Burnell suffered from serious injuries and spent months in a coma.

He was eventually transferred to Craig Hospital for rehabilitation. On Monday, Burnell returned to the hospital for the first time since leaving last year to thank the team that helped him on his road to recovery.

“I came in in a coma and I’m coming in this time to say hi to all the people who helped me,” Burnell said. “When I left, I said, ‘Watch me, I’m going to walk back in here’ and I did.”

The family went from room to room saying hello and giving out hugs to the nurses, cafeteria staff and janitorial staff.

Some of the nurses were wearing Brody Strong t-shirts and laughed at Burnell’s seemingly endless sense of humor. Others wiped away tears as they hugged him and saw the progress he’s made since he left.

“We were here a lot and we made family members out of the people here at Craig that saved his life,” said Brody’s father, Steve Burnell. “We weren’t just people or patients with them. They invested their hearts in our family and we can’t do enough or say enough to say thanks to them.”

The visit was an emotional one for Steve Burnell and his wife who moved to Colorado for months to take part in their son’s recovery.

“It’s a good story, not a story necessarily I want to be a part of, but it’s a story,” Steve Burnell said.

The family is still adjusting to their new normal as Brody goes through rehab back in Phoenix.

“It’s like I’ve had two sons, two Brody’s. This one is different but also a lot of the same,” Steve said.

Brody still has an infectious sense of humor that keeps his family and the nurses laughing. There are moments, Steve says, when the old Brody shows.

As they walked through the hospital, Steve reminisced about all the time he and his wife spent putting puzzles together outside their son’s room in the waiting area while Brody was recovering.

Burnell estimates he put together more than 20 1,000-piece puzzles that the hospital offered while spending time with his son.

During their visit on Monday, Burnell brought one to donate to the pile, hoping it will serve as a small comfort to other families passing through Craig Hospital’s halls.

The family was also hoping to spend part of the day talking with current patients and their families to support them and show them recovery is possible.

One of the most special moments happened when Brody walked over the bridge that they spent so much time wheeling across during their time here.

“The fact that we came back here, and Brody is walking across the bridge with his dad and his mom is amazing. It’s absolutely amazing and we are very, very grateful,” Steve Burnell said.

Brody still has goals he is waiting to achieve; he wants to learn to drive again and get his license. He wants to return to work at Dutch Brothers Coffee someday. He’s also not afraid to let the ladies know that he’s single.

For now though, the family is just happy they had a chance to return to Colorado and thank the Craig Hospital staff for the support they showed their family in their time of need.