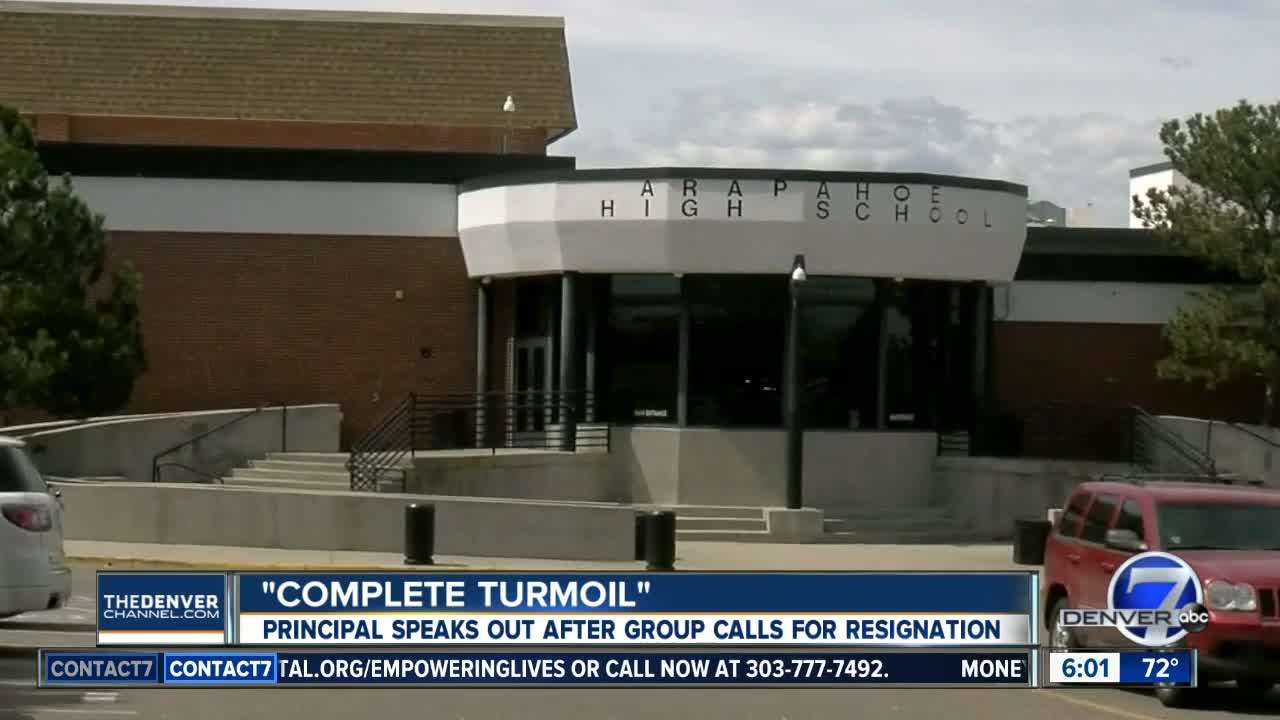 CENTENNIAL, Colo. -- Questions about leadership at Arapahoe High School were met with a rally in support of the principal.

Students gathered outside the school Monday morning holding flowers and posters with words of encouragement. The rally came about after a survey that asked questions about the direction the high school was heading and questions about recent issues.

"Just come see what it’s like inside the walls of Arapahoe High School because there’s this perception based on this constant negative attention and I think some misunderstanding by people," said Pramenko.

She acknowledges the school has been through some tough times but believes it is heading in a positive direction. A school shooting in 2013 claimed the life of 17-year-old Claire Davis. Several students have also taken their own lives, including two back-to-back deaths this school year. Within the past few months, two teachers were also arrested on sexual assault charges.

"I love this high school and everything about it, even the challenges that we’ve been through we’ve come through them together, and that’s part of our warrior community and being strong," said Pramenko.

Although Pramenko chooses to look for the positive, a group called the Arapahoe Community Coalition is raising concerns about the high school. Attorney Jessica Peck says she represents parents, students and teachers who want to see a change in leadership.

The coalition published an online survey that will close on April 14, and the results will be provided to the board of education. Peck said they just surpassed 900 responses.

She also had a different view of the rally in support of Pramenko. Peck views the staff meeting held earlier as a bully tactic and said, "It’s this exact type of decision making that unites the coalition in a shared momentum devoted to meaningful leadership change."