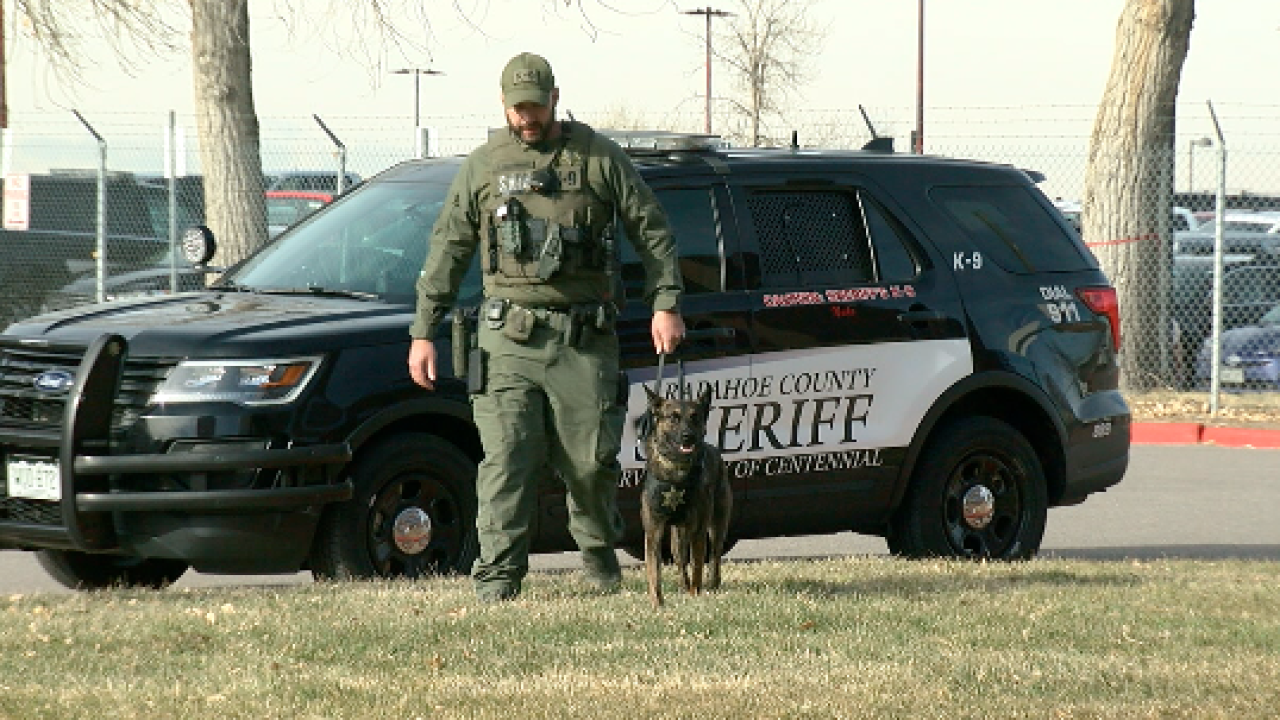 The Arapahoe County Sheriff’s Office has added a new bomb-sniffing dog to its staff. 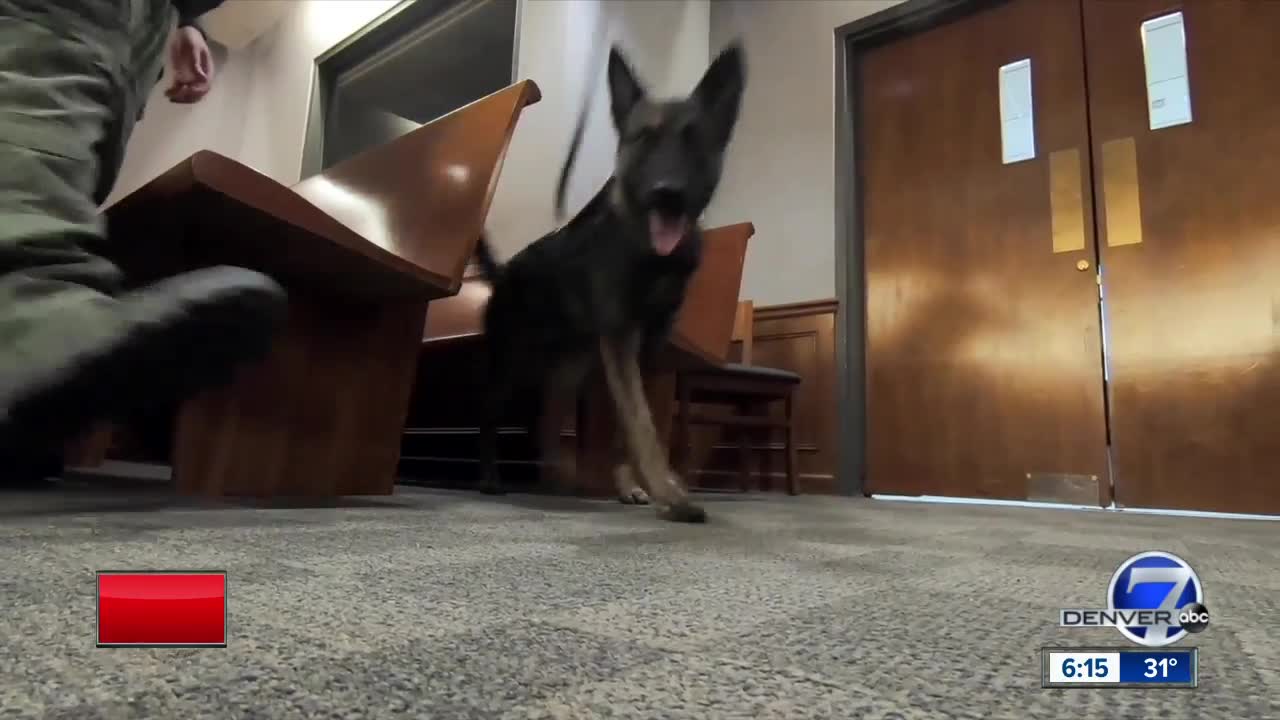 ARAPAHOE COUNTY, Colo. — The Arapahoe County Sheriff’s Office has added a new, four-legged employee to its ranks. K-9 Nuke is the department’s first ever bomb-sniffing dog.

The fee for the dog, plus the cost of training and equipment, was covered by Back the Blue K-9 Force, a nonprofit started by three women who love dogs and police officers.

“We started buying supplies for Arapahoe County sheriff’s canines," said Jennifer Leggatt, one of the nonprofit’s organizers. "We actually were starting to buy vests."

Leggatt, Diane Lewis and Judy Anderson met each other online and decided to start the nonprofit together in 2016.

“The support of these dogs is not in the budget,” Anderson said.

Police departments also are not allowed to ask the public for money to support them.

Each vest costs about $2,500 and only has a warranty for four years. The group started fundraising but then realized there was so much interest to help that they could buy more than vests.

“Right now, we support three agencies and whenever they need something, they come to us,” Leggatt said. “They really need the money and they really appreciate it.”

More recently, the group has started purchasing K-9s for the departments. So far, the group has purchased six dogs. Each dog costs anywhere from $10,000 to $12,000.

By buying, training and equipping these dogs, the group says not only are they saving the police departments money, they’re also keeping the officers safe.

K-9 Nuke is the group’s latest donation. The Dutch Shepherd has only been with Arapahoe County for a couple of months but has already formed a close bond with his handler, Deputy Tadd Alexander.

“He does not like it when I leave him, so we go everywhere together,” Alexander said.

The pair has already started to form a routine, starting early in the morning at the Arapahoe County Courthouse methodically sweeping for bombs.

“With Nuke, what I’ve seen in just a little bit that I’ve had him is he doesn’t quit. When he is on it, he is on it, he just does not give up,” Alexander said. “Without K-9s, it would make our job tough. They do so much work for us that people (who) aren’t around canines all the time don’t really understand.”

After work, Nuke goes home with Alexander each day and is treated like any other family dog.

The biggest adjustment happened at home rather than at the courthouse; Alexander’s other dog, a Yorkie, isn’t quite sure what to make of the family’s addition yet.

Alexander said he’s just thankful to the nonprofit for providing Nuke and another level of safety for Arapahoe County.

“We don’t have a ton of funds for these dogs so Back the Blue can fortunately step in,” Alexander said.