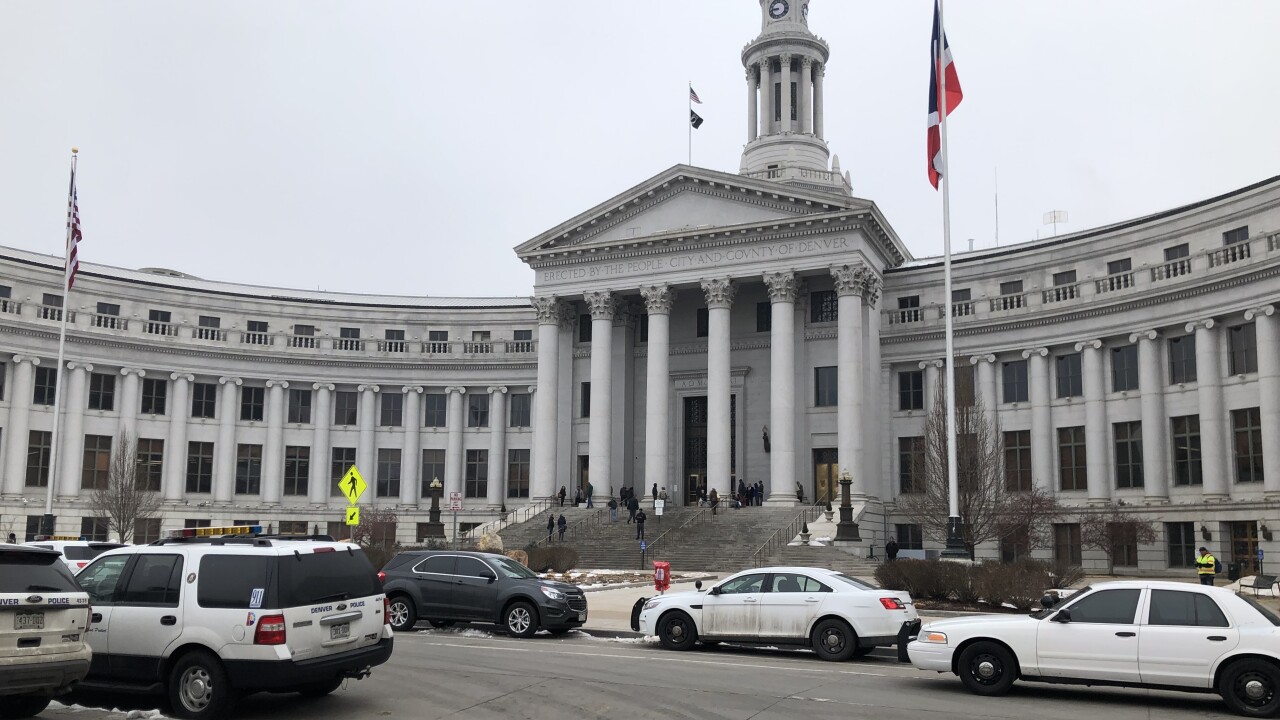 WASHINGTON (AP) — U.S. Immigration and Customs Enforcement has subpoenaed Denver law enforcement for information on four foreign nationals wanted for deportation and could expand the unusual practice to other locations. It’s an escalation of the conflict between federal officials and so-called sanctuary cities.

If the city officials don’t respond, ICE, the Homeland Security agency responsible for arresting and deporting people in the U.S. illegally, could take the subpoena to a federal judge, who can order compliance and find them in contempt if they don’t comply.

“Since we have no cooperation at the Denver justice center, we are modifying our tactics to produce information,” said Henry Lucero, deputy executive associate director for ICE’s Enforcement and Removal Operations.

Curbing immigration, both legal and illegal, has been a top priority for President Donald Trump, who has insulted Mexicans as rapists and murderers and who claims immigrants pose a safety threat, despite studies showing they commit less crime than non-immigrants. He has tightened rules on who can come, restricted who can receive public benefits and sent more than 50,000 people back to Mexico to wait out asylum claims.

And the administration has been battling sanctuary cities, localities that provide added protection to immigrants and refuse to cooperate with federal officials, since shortly after Trump took office. In 2017, then-Attorney General Jeff Sessions sent letters to 29 cities, metro areas, counties or states considered to have adopted “sanctuary policies,” saying those policies may violate federal law and threatening to withhold law enforcement grants. They eventually got the funds after courts chipped away at the threat. Thirteen states have enacted laws to allow immigrants to get driver’s licenses without proof they are in the U.S. legally, and some restrict data sharing with federal authorities.

Denver officials didn’t immediately respond to a request for comment from AP on the subpoenas. They were issued Monday. In three of the cases, officials have 14 days to respond with information, and in one case, three days.

The administrative subpoenas are usually sent by ICE to employers or landlords — but have never been sent to law enforcement agencies before, Lucero said.

The four men, three Mexican nationals and one Honduran, had all been arrested and jailed for violent offenses such as sexual assault and child abuse and had all been previously deported, according to ICE.

Immigration officials sent requests to a Denver jail to alert them when the suspects were released, but the city does not comply with such requests, much like New York, Philadelphia and San Francisco and other localities that refuse to help federal immigration authorities. Three of the four men were released, one remains in custody.

Enforcement and removal officers with ICE rely on help from local law enforcement to find suspects. Over the budget year that ended Sept. 30, officers arrested about 143,000 people, about 13,000 less than last year, and deported more than 267,000. More than 92,000 of the arrests were of people with criminal convictions, officials said, including for homicide, kidnapping, sexual assault and assault.

But immigrant advocates and lawmakers say ICE is deporting people who have been in the U.S. for decades, who have families and lives and make contributions to American cities and who should not be their focus.

Sanctuary cities are creating havens for those people so they can feel safe and can report crime without fear of deportation.

Lucero said the agency doesn’t want to get into the business of subpoenaing fellow law enforcement agencies— he called it a last resort. But because of changes in how municipalities work with ICE, it could be necessary, he said. And ICE officials believe they have the legal right to do it under the Immigration and Nationality Act.

“In the past, we had full support, we collaborated in the interest of public safety, he said.

“This is a drastic change,” he said of of the subpoenas. “And one ICE is forced to do, and puts other agencies on notice that we don’t want this to happen. We want to protect the public,” he said.

ICE officials pointed to a New York City case where a 21-year-old Guyanese national was arrested and accused of raping and murdering a 92-year-old woman in Queens on Jan. 10. According to ICE, the suspect had beaten up his father during a brawl in November that resulted in an arrest. Federal officials sent a request to hand him over for deportation. New York City police say they didn’t get a request. But even if they did, under the terms of New York’s local laws, they would not have turned over the 21-year-old.

In the Denver cases, one man from Mexico was arrested for sexual assault, another for vehicular homicide and a third for child abuse and strangulation assault. The Honduran man was released after he was arrested on domestic violence charges. All had been removed from the country previously.

Ryan Luby, a spokesperson for the City Attorney's Office, released the following statement:

“ICE officials contacted Denver to request jail release notifications involving four inmates. Contrary to what ICE is saying, we honored three of those requests for the three inmates released at that time. We will honor the request for the fourth inmate when he is released.

Denver subsequently received administrative subpoenas from ICE requesting additional information about the four inmates. The subpoenas were not issued by a court of law and not signed by a judge. There is no indication they are related to a criminal investigation. Denver does not comply with subpoenas unless they are Court-ordered or unless they are primarily related to a criminal investigation. Our immigration ordinance fully complies with federal law.”