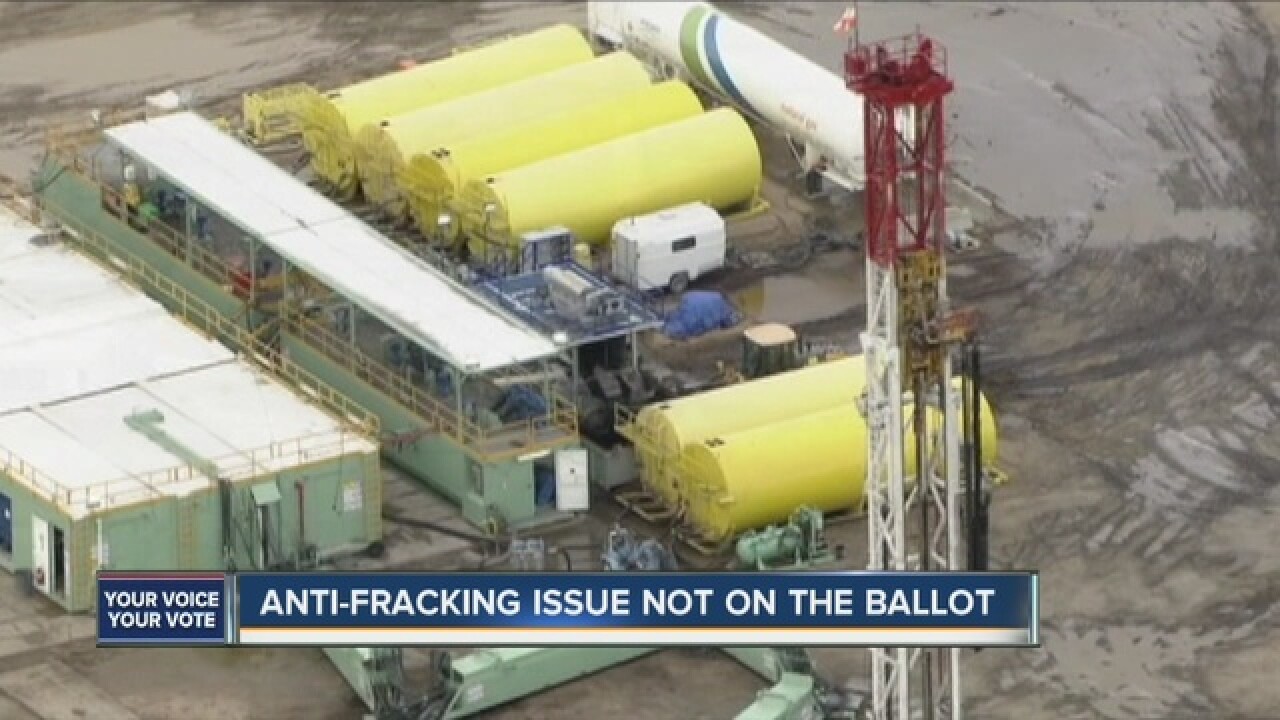 LONGMONT, Colo. -- You won't be voting on an anti-fracking ballot initiative here in Colorado this November.

Even though the group turned in the required 98,000 signatures to get on the ballot, thousands of those signatures were quickly tossed by the Secretary of State’s Office because they appeared to be forged, and others weren’t registered voters.

The petitioners filed a challenge, but eventually ran out of money. Wednesday was the deadline to appeal.

"At some point it would have gotten enormously expensive," said Fissinger.

"Do I think things were rigged? No. I don't," Fissinger said.

Oil and gas supporter, and President and CEO of the Colorado Oil and Gas Association, Dan Haley, put it plainly.

"They fell short," Haley said. “This was Colorado saying, ‘We don’t want to ban oil and gas.’”

The failure of the ballot measure coincides with news Wednesday that OPEC is cutting production for the first time in years.

"And what this tells us is the United States is really driving these global markets," Haley said. “OPEC is now responding to what we're doing in this country. This is all driven by American ingenuity.

That leads to U.S. producers to drill more, including here in Colorado - the 7th-largest oil producing state in the nation.

That brings thousands of jobs and billions in tax revenue to our state, according to Haley.

But because oil prices go up, you'll likely pay more at the pump.

"We don't believe you'll see a huge impact," said Haley. “It will be negligible.”

The bottom line -- fracking in Colorado will continue, but Fissinger isn't giving up on future fights.

"It affects our air here,” she said. “Air doesn't know any boundaries."

"This issue is dead,” said Haley.

The setback represents a major blow to environmentalists, who tried in 2014 and again this year to use the Colorado ballot to put new limits on fracking.

“It’s fair to say that everyone that participated in this [campaign] is feeling disappointed,” said Diana Best, of Greenpeace -- one of several groups that helped collect signatures.

Its goal was to prohibit energy companies from drilling new wells within 2,500 feet of homes and other occupied buildings.