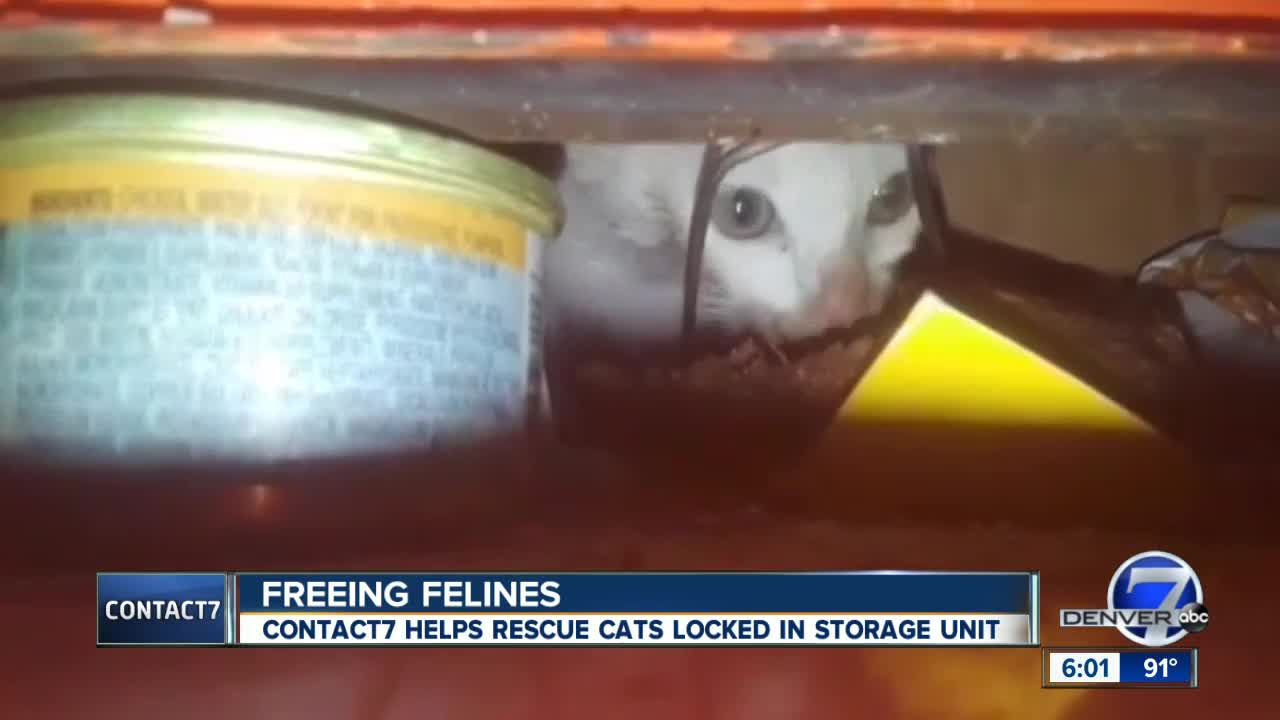 A woman reached out to Contact7 in desperation, hoping we could help save kittens apparently abandoned in a locked, sweltering hot storage unit in Adams County. 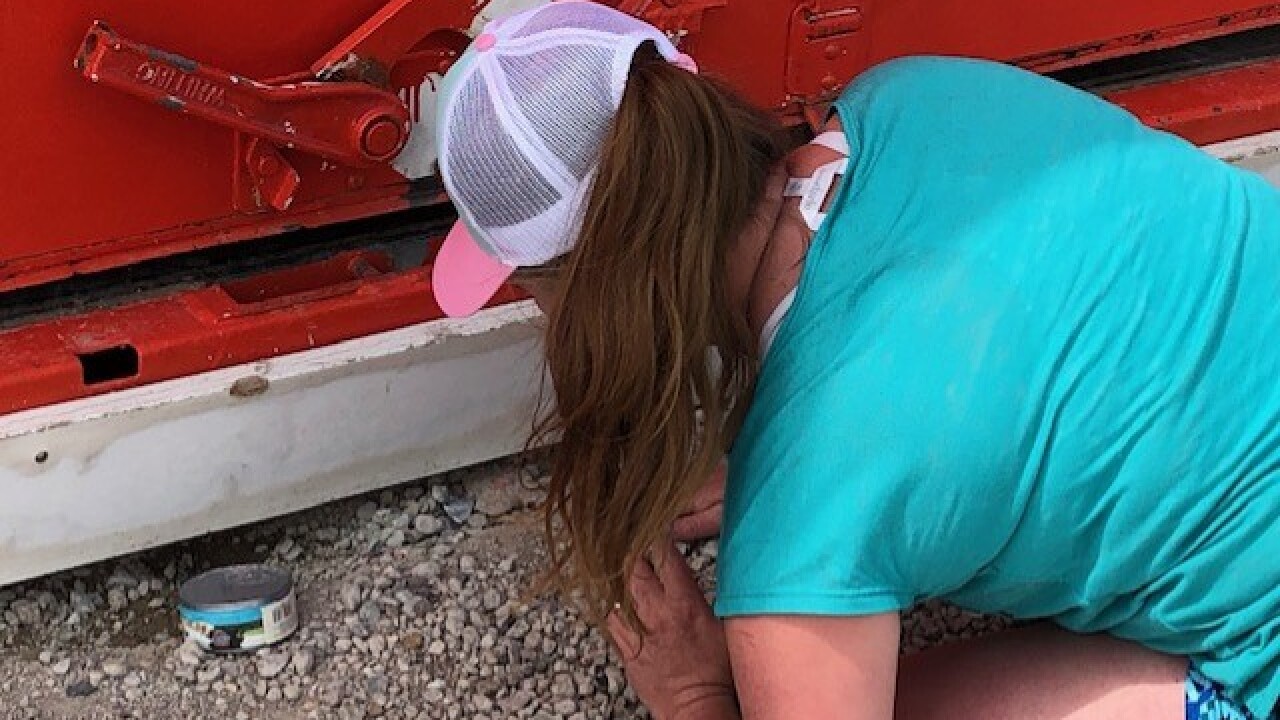 ADAMS COUNTY, Colo. — Mandy Swartz was beside herself when she — a self-described cat-lover — learned a bunch of kittens were locked inside a stifling hot storage unit in Adams County.

She reached out to Contact7 for help on Wednesday.

Swartz said management at the facility, which is a U-Haul Moving and Storage on York Street, didn't seem to care.

"It's gut-wrenching," she said.

Swartz told Contact 7 that another rescue volunteer, who rents a unit at the same facility, thought she heard a meow coming from another unit two weeks ago.

"It turned out to be true," she said.

Swartz said she and the other volunteer notified U-Haul's manager and that the manager contacted animal control.

She said an animal control placed a trap inside the storage unit.

But Swartz said she expected them to do much more, especially with temperatures climbing into the 90s and approaching 100 degrees this week.

Late Tuesday, Swartz and the other volunteer brought food and water for the kittens, which they placed in the storage unit through a crack under the front door.

Contact 7 went to U-Haul Moving and Storage and was asked to leave by a company representative, who referred the crew to corporate communications. Contact 7 then reached out to Adams County to ask about animal control's role.

Just after 3 p.m. Wednesday, Jim Siedlecki, the director of communications for Adams County, told Contact 7 that animal control, mindful of the hot temperatures, was trying to get U-Haul to "accelerate its policy."

He said at 3:11 p.m., U-Haul staff unlocked the storage unit and opened the door. Two cats bolted out.

"I'm glad they got them out," Swartz said. "Thank God. But at the same time, I'm not sure if I believe them, because they've been so difficult this entire time."

Swartz said it should be just as easy to get an animal out of a locked storage unit as it is to get one out of a hot car.

"If you break the window, if a dog is stuck in a hot car, and people do it all the time — and cops will do it for you," she said. "They don't arrest anybody. Nothing happens, but this is different. Why is this different?"

Public Relations Specialist Andrea Batchelor of U-Haul International said they made multiple attempts to contact the customers associated with the unit, but were unable to until Wednesday.

She said the customers told them the cats weren't theirs.

"The customers told us they are relieved that we will be accessing the room to determine if there are any cats present," Batchelor said.

The cats took off running once they were let out of the storage unit. Swartz said they appeared to be feral cats.