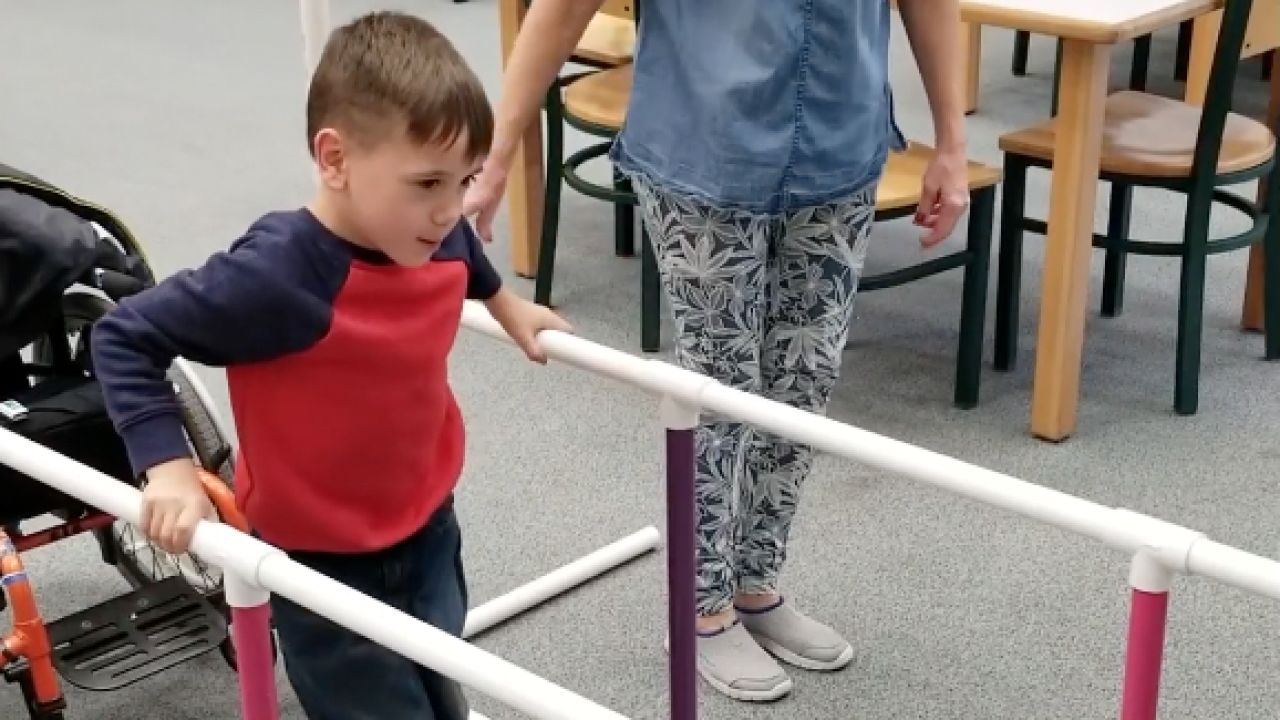 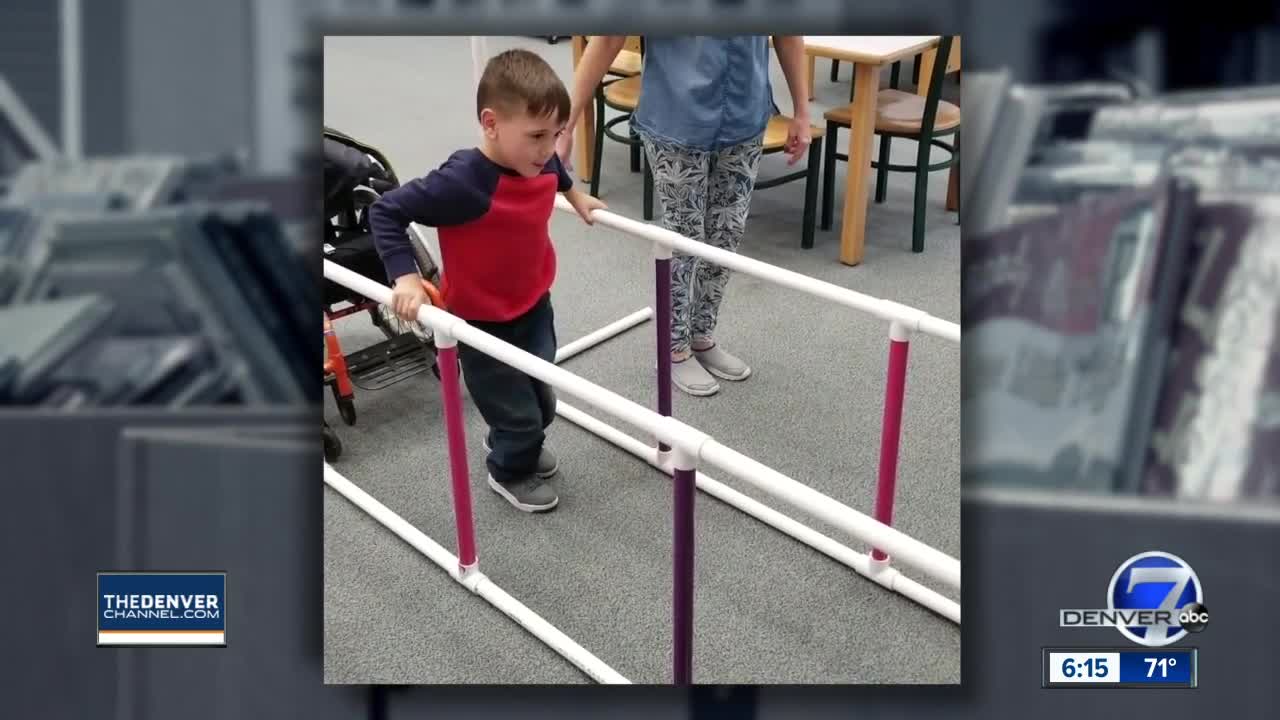 ARVADA, Colo. — A student resource officer at an Arvada elementary school went above and beyond for a student with a disability there, designing and building a “railing runway” so the boy could learn to walk.

“The No. 1 priority of a student resource officer is safety," officer Bradley Gagon told Denver7. "But there’s a lot more than just that."

One of the elementary schools officer Gagon was assigned to was Lawrence Elementary, where he met a kindergarten student named Roman.

Roman also has cerebral palsy and requires a wheelchair to get around school.

“And with his disability, if he learns to strengthen his legs and body, his core, later in life he’ll be able to walk without assistance,” Gagon said.

And the officer wanted to help make that happen.

“I came up with a design, went to a store, and got the stuff, and built it,” he said.

A trip to a local hardware store and some PVC pipes later, and Gagon had a surprise for Roman. During school one day, the boy was blindfolded and wheeled into the school library for the unveiling.

"And he saw them and his eyes lit up," Lawrence Elementary's health aide Kelley Drake said.

The student resource officer had built a railing walkway for Roman out of those PVC pipes that he spray painted with the boy’s favorite colors. Roman used the railings to get out of his wheelchair, stand up, and start walking forward.

“It worked perfectly. It was exactly how I envisioned it,” Gagon said.

“He went down with ease,” Drake said. “It was so beautiful, because it looked like it was so meant to be.”

Roman walked about eight feet to the end of the railings, where there was a cross-beam installed for him to learn how to turn around.

“The bigger part, and the most heartwarming part, was when he made that turn,” Gagon said. “And that eight feet back, his face had determination on it. It was an amazing thing.”

“His smile was ear to ear with pride and every adult in the room filled up with tears,” Drake said.

Roman finished his walk. He was given the "railings runway" to keep.

“To me that moment is why I’m here," Gagon said. "That's the reason why I put this badge on, for moments like that."