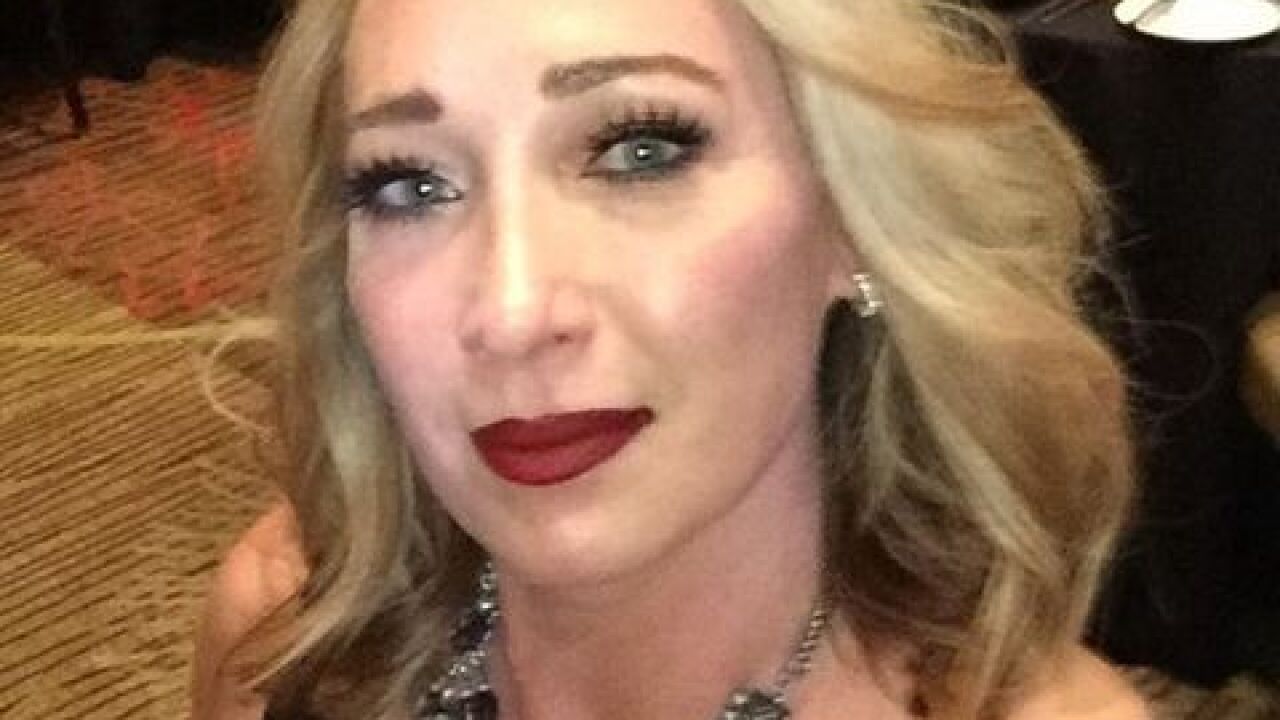 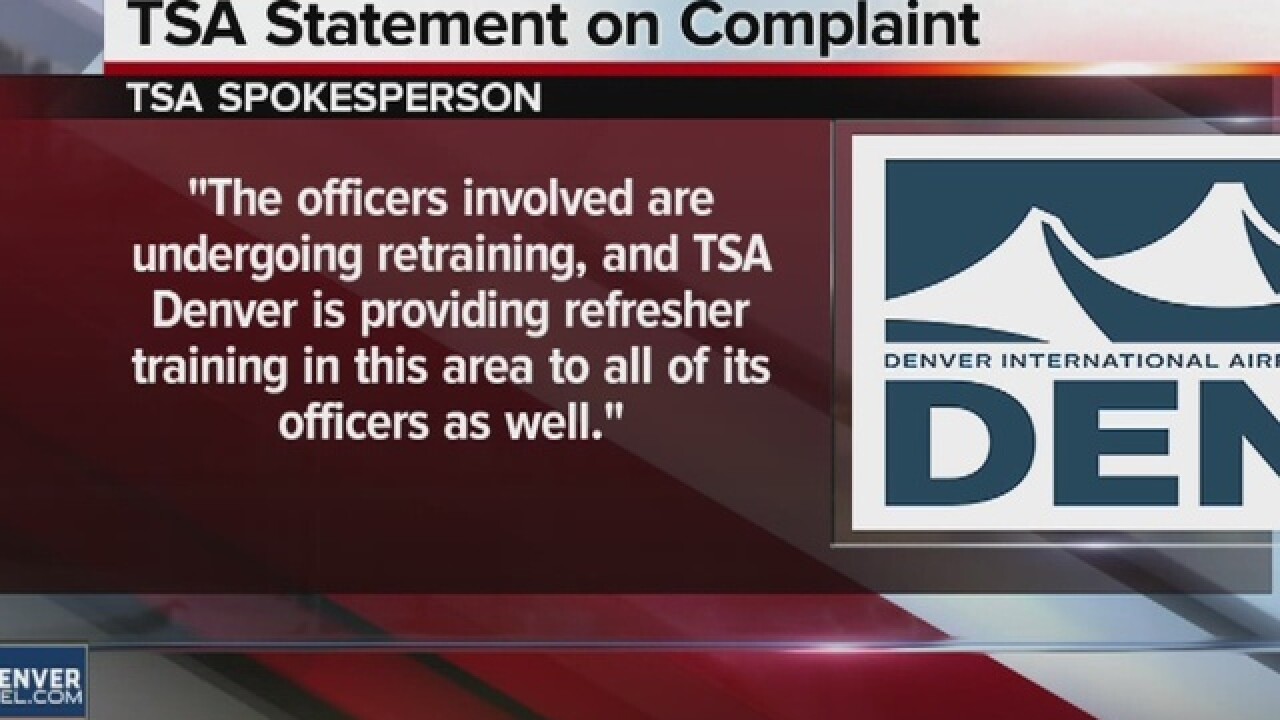 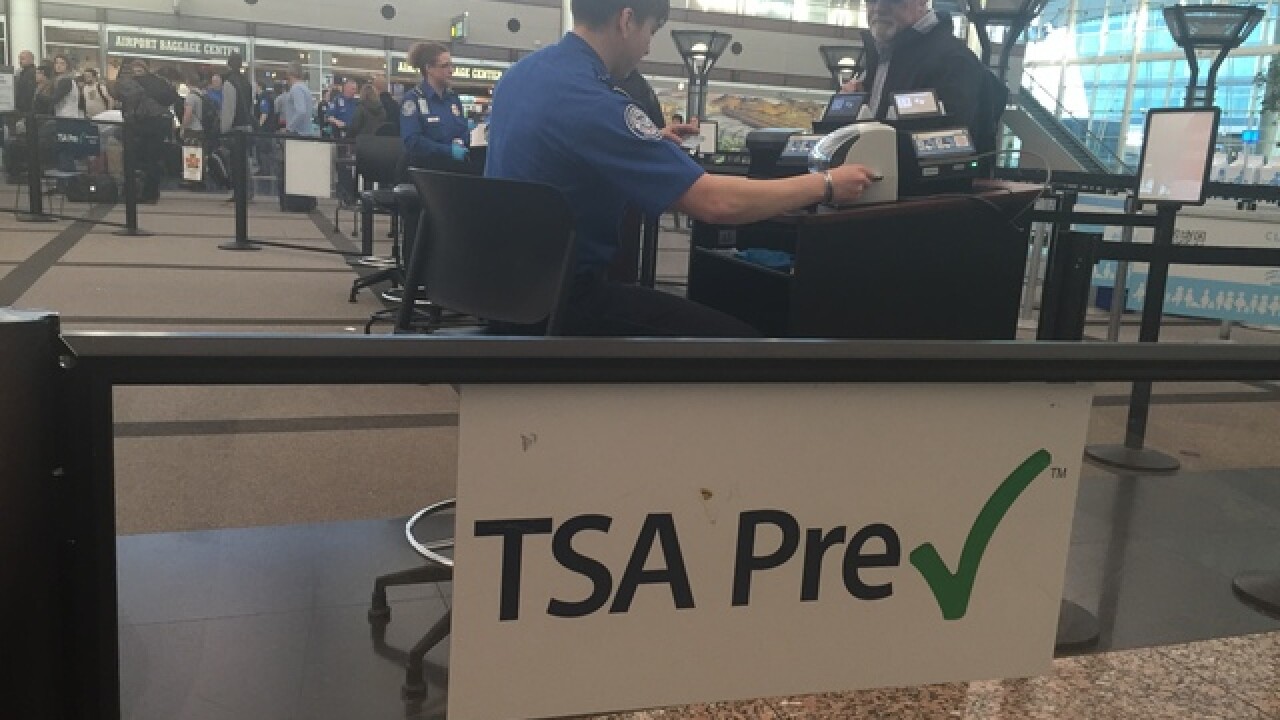 She took to social media Sunday to detail her experience getting through security.

She said agents made her go through a full body search even though she has Pre check.

"They go around your breasts, they basically go under your butt and the just grab things, not grab, they touch things that are not appropriate and it's really embarrassing," said Van Dyken-Rouen.

Van Dyken-Rouen uses a wheelchair to get around after an ATV crash in 2014 left her paralyzed from the waist down.

Van Dyken-Rouen said as much as she and husband Tom travel all over the country, she’s never been screened like this or treated like this.

Van Dyken-Rouen took to Instagram shortly after getting through security to detail her experience and call out the agent who she said was rude to her.

With the positive in my journey, there is also negative. Need to make changes for all in ??. @denairport @tsa pre check officer was rude, and in correct. Said every airport in country BUT Den is doing it wrong. Had a full body pat down, and was humiliated by him as well. Thank you STSO Keith Rogers!!! I'm going to find out if the rest of the country is wrong, or if HE is wrong. I'll get back to you. ?

A photo posted by Amy Van Dyken (@amyvandyken) on

"He said, literally every other airport is wrong and any other time you've flown through Denver and they didn't do that, it's wrong, I'm right," said Van Dyken-Rouen.

"TSA works closely with the disability community to develop screening procedures that integrate the unique needs of those with disabilities or medical issues into the process. TSA reviews passenger complaints, and in this case determined that our officers did not follow correct screening protocols when Ms. Amy Van Dyken came through the security checkpoint at Denver International Airport (DEN) this weekend. TSA’s federal security director has reached out to Ms. Van Dyken. The officers involved are undergoing retraining, and TSA Denver is providing refresher training to all of its officers as well."

Van Dyken-Rouen said she hopes to use her voice to bring awareness to make sure someone else isn’t embarrassed in the airport the way she said she was.

“It's really sad, I just want to help other people out who don't have a voice, just fair treatment for everybody, respect for everybody, that's all we need," Van Dyken-Rouen.

Van Dyken-Rouen starred at the 1996 Atlanta Olympics, where she became the first U.S. female athlete to win four gold medals in a single games. She captured the 50-meter freestyle and 100 butterfly and also competed on the winning relay teams in the 400 free and 400 medley.

Four years later at Sydney, she added two more golds in the 400 free and 400 medley relays before retiring from competition.